Jimmy Butler Has Earned His Respect 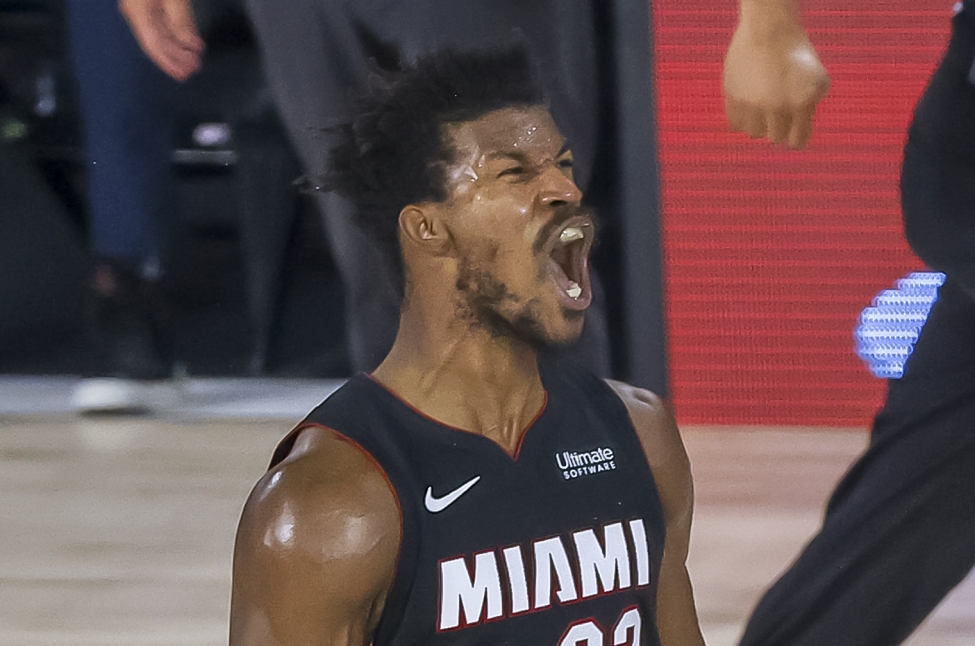 The Miami Heat were the biggest Cinderella story of the NBA season. Falling two games short of an NBA championship, the franchise has shown to be headed in the right direction as a contender. Jimmy Butler was the centerpiece behind Miami’s illustrious season. With his grit and grind attitude that he brought, it rubbed off on the rest of the team throughout the season.

Criticism of leadership has revolved around Butler for some years now. After the turmoil that occurred in Minnesota, many franchises did not seem to be so open in bringing in the nine year veteran to lead the team. But it all seemed to work out very well in South Beach. After the Dwyane Wade era was over, it was time for a new guy to come in and make a difference for the franchise. Jimmy Butler and Miami were the perfect marriage that seems to be going so well.

Butler is a very peculiar leader in his own way. He doesn’t have to be the leading scorer on a nightly basis to carry the team. Butler can impact the team that doesn’t revolve around the stats. He can go from defending the best player on the opposing team to diving for loose balls falling out of bounds. Anything that Butler does on the court, it impacts the team in a positive way. For a young team like Miami, having a player with so much grit like Butler gives them a different aspect on how to win.

The Miami Heat finished the regular season as the fifth seed and fought their way through the Eastern Conference. Through each series, Butler was able to grab contributions from almost every player in their rotation. Guys in Bam Adebayo, Goran Dragic, Tyler Herro, Duncan Robinson, etc. all had their time of shine throughout the postseason where they were the No. 1 option on offense. It made things easier for Butler having players around him that could take the load off of him on certain nights. But when it was crunch time, Butler still managed to deliver for the team by having the ball and making a clutch bucket.

And as the NBA Finals occurred, the world got the opportunity to watch the best version of Jimmy Butler. Who would have thought we’d see this guy stuffing the stat sheet the way he did? Butler played lights out to keep his Miami Heat team afloat. The team needed every one of his points, rebounds and assists in order to win two games. Butler put a lot of pressure on the Los Angeles Lakers’ defense when driving to the basket. Instead of settling for perimeter shots, he was able to get higher percentage opportunities; which also resulted in free throws as well.

Butler averaged 26 points, 8.3 rebounds and nearly 10 assists as well. When Bam Adebayo and Goran Dragic went down with injuries, Butler knew it was time to turn things up a notch. He did his job by continuing to play at a high level and keep doing what he was best at doing: Being a leader.

Despite going down in six games to the Lakers, Butler proved the unimaginable in his first season in Miami. After the transition out of Philadelphia, it was a head scratcher due to the young, inexperienced roster that Miami had. The thing is, Pat Riley saw the vision before everyone else did. Butler just followed his lead and trusted the process. Even though they fell short of their ultimate goal, it shows positive signs that Jimmy Butler and the Miami Heat are going to be contenders for a very long time. This season showed that Jimmy Butler has gained the respect that is earned and has solidified himself as a top-10 player in the NBA.