Lakers Defense Leads the Way to Title No. 17 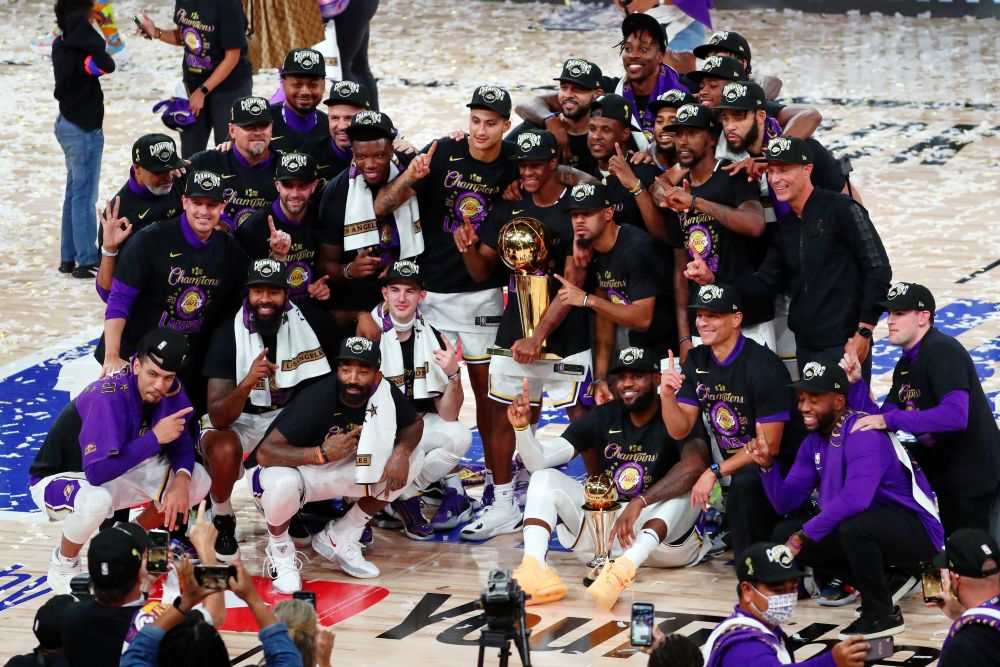 The Los Angeles Lakers won their 17th title on Sunday night. Everybody focuses on offense, but the Lakers’ defense led the way against the Miami Heat.

After the Lakers lost Game 5 to the Heat, where Jimmy Butler scored 35 points, 12 rebounds, and 11 assists, the Lakers made a lineup change; inserting Alex Caruso and sitting Dwight Howard. In Game 5, Miami was successful in the pick-and-roll offense making Howard defend Butler on the switch.

But like he did in the two prior series, head coach Frank Vogel made adjustments. Putting Caruso in the lineup gave the Lakers another perimeter defender, and it also pushed Anthony Davis to center. With Davis at the center position, it would be challenging for the Heat to run the pick-and-roll because now on the switch it would be Davis instead of Howard. Davis did a great job in Game 4 defending Butler. He is long, very athletic and can keep up with guards.

It also allowed the Lakers’ defense to be more active on the perimeter and execute their coverages better. The Lakers did a good job playing physical inside and flying around to the Heat’s three-point shooters to challenge shots.

The Lakers now had a faster lineup on the court. Now when the Lakers forced missed shots and created turnovers, they were able to get on the fast break and score. Los Angeles is a dangerous fast-break team.

Vogel did a masterful job all year coaching up the Lakers’ defense. There were times when the reason slipped, but when the Lakers locked in on defense it was amazing to watch. Remember, defense wins championships.