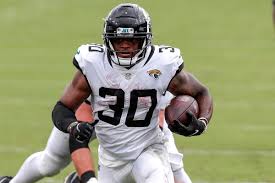 Week 5 is on our hands and there are so many tangibles to take into consideration for this week’s fantasy teams. Covid-19 made an impact in Week 4 and looks to continue to haunt owners this week as well. Here are my “under the radar” running backs that look to have a big week ahead and may be “must plays” for a high percentage of owners. 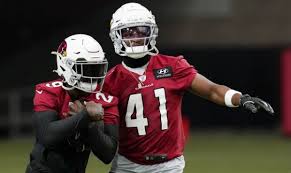 Kenyan Drake has had somewhat of a disappointing year thus far, with only 3.5 total fantasy points last week before obtaining an injury to the chest. The Arizona Cardinals seemed to think it was simply knocking the air out of him and on Monday he practiced with no limitations.  His counter partner, Chase Edmonds, had 15 fantasy points in Drake’s absence. Edmonds look set to take over, hauling in five of his six targets with 24 yards receiving and one touchdown while rushing for 16 yards on four carries. One, if not both, look poised to have a better Week 5 in a match up against the New York Jets who allowed over 100 rushing yards and two touchdowns in Week 4. 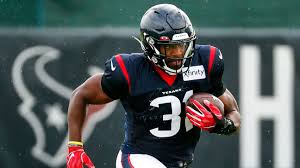 Johnson started the season off on the right foot rushing over 100 yards in Week 1, but since then the opposing teams have widely kept him in check. With the recent firing of Bill O’Brien, we look for this offense to better utilize Johnson more in the passing game. That should set the former Cardinals’ back up for a big game against the Jacksonville Jaguars, who allowed 42 fantasy points to Joe Mixon last week. The Jags gave up 151 rushing yards two touchdowns and 30 receiving yards and a touchdown through the air. 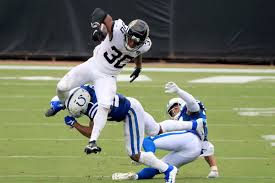 After what seemed to be a “tank or die” offseason, the Jags have found their future back in James Robinson. The 22-year-old, ranked 5th (STD) and 6th (PPR) among running backs and looks to go over 100 scrimmage yards for the fourth consecutive week facing the Houston Texans; who have allowed the most yards on the ground in the league. If you were quick to grab Robinson off the wavers, he is considered an every week start! 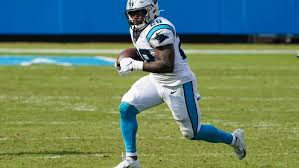 After the fall of Christian McCaffrey, no one really knew what to expect from the Carolina Panthers. However, Mike Davis has been nothing short of miraculous since stepping into CMC’s role. This week’s match up against the Atlanta Falcons seems to be his best so far.  The Falcons’ defensive woes and the depleted depth for the Panthers running backs (McCaffrey – Ankle, Reggie Bonnafon – Ankle) makes Davis a bell-cow in this match up where Davis has seen at least 21 carries and six passing targets in back-to-back weeks. These numbers are projected to rise this week.