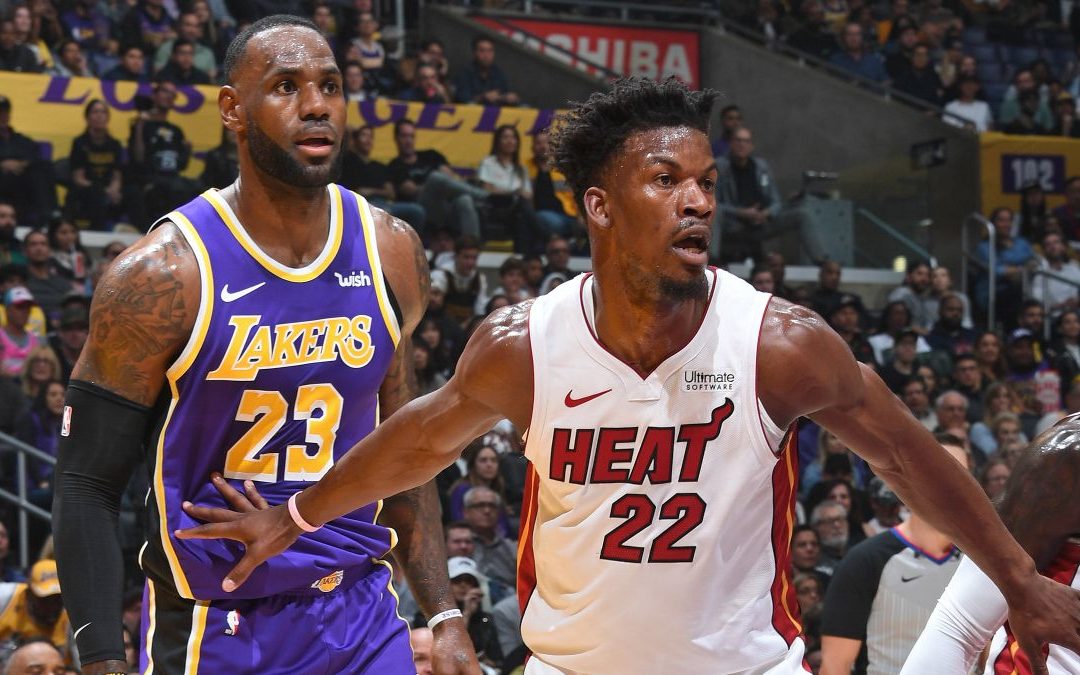 With the NBA Finals starting tonight, it’s only right that we preview how awesome of a series this is going to be.

The Los Angeles Lakers and Miami Heat will face off in the 2020 NBA Finals. This isn’t the matchup or setting we expected for the Finals. Most expected the Finals to be a duel between the Lakers and Bucks following an epic battle between the Lakers and Clippers in the Western Conference Finals. It was also expected to be held at their respective arenas, full of fans. Of course, none of these things happened; except for the Lakers blazing through the Western Conference (no pun intended) and advancing to the NBA Finals for the first time since 2010.

The Lakers path to the Finals was different, but not easy. They faced an eighth seed Portland Trail Blazers team that played with more talent than any other eighth seed in a long time, led by Damian Lillard. They faced the fourth seed Houston Rockets who played “small-ball”, led by the NBA’s leading scorer and former MVP James Harden, as well as, former MVP Russell Westbrook. In the Western Conference Finals, the Lakers faced the Denver Nuggets; the team that defied all odds and overcame a 3-1 deficit to the Clippers in the second round. The purple and gold made quick work out of these teams, beating each of them in five games. LeBron James and Anthony Davis led the way, while role players such as Rajon Rondo, Dwight Howard and others provided a necessary spark.

The Miami Heat, unlike the Lakers, had an improbable and impossible run to the Finals. Most picked them to advance past the Indiana Pacers in the second round, but no one had them beating the No.1 overall seed Milwaukee Bucks in a series; let alone in five games. While the injury to Giannis Antetokounmpo didn’t hurt Miami’s chances, the series was all but over at that point. In the Eastern Conference Finals, it was an evenly matched series as the Heat faced the Boston Celtics. The Celtics were talented, but lacked the veteran leadership that the Heat have in Jimmy Butler. Bam Adebayo put up monster numbers, Tyler Herro played like a hero and Goran Dragic looked ready for primetime.

Now to the preview and prediction of the 2020 NBA Finals between two very good teams. Looking at it from the Heat’s perspective, they haven’t faced a duo like LeBron and Davis. While they might have faced Giannis and the Bucks, this duo is a different monster. LeBron is averaging 26.7 points per game, 10.3 assists per game and 9.3 rebounds per game while playing a career-low 35 minutes per game. Anthony Davis is putting up 28.8 points per game and 9.3 rebounds per game. The scariest part about that is the career-low in minutes per game in the playoffs for LeBron James. This simply means that he has another gear that hasn’t been hit in these playoffs yet. If you don’t have to put that gear in, then why do it? The rest is absolutely in the Lakers favor. They have the second oldest roster in the NBA with an average age of 29, only behind the Rockets. The rest has and will help the Lakers in this series.

For the Heat, they have hit their groove; rest or not. They are here because of their grit, depth and versatility. The Heat have multiple defenders to throw at the two stars in LA. Bam Adebayo is a more than capable defender for Anthony Davis. Jimmy Butler and Andre Iguodala have both been known to give LeBron problems. Of course, you can’t stop LeBron, but Butler and Iggy have come the closest of them all. Not to mention, the shooters will pose serious problems for the Lakers. Tyler Herro, Duncan Robinson, Goran Dragic and Jae Crowder are all capable of catching fire from deep and shooting the Lakers out of the gym (and maybe out of the bubble).

As for my prediction, I think it’s going to be a long and ugly series. There will be some scuffles throughout the games, hard fouls and taunting. It’s just how these two teams go about playing this beautiful sport. While the Heat have an advantage with their depth, those guys won’t be on the floor as long as expected. LeBron will play between 35-40 minutes per game and Miami won’t want Duncan Robinson and Kendrick Nunn out there on the court with him for that long. Bench depth does play a factor more often than not, but the Lakers like to keep their starting-five on the court as long as possible. This in turn will force Miami’s hand and play their starters longer than they want to. While depth won’t play that big of a role, size will. That’s where the Lakers come in. Bam Adebayo plays the center position for the Miami Heat and stands at 6-foot-9 on a good day. The Lakers have four players that are as big as, or bigger, then Adebayo; LeBron James Anthony Davis, Dwight Howard and JaVale McGee. I anticipate the Lakers to dominate the Heat on the glass, protect the rim like it’s their own and simply overpower the Heat that lack equal size. On top of that, they have to deal with the greatest Finals performer of all-time. The Lakers will take care of business.