The Miami Heat and Their Future “Big 3” 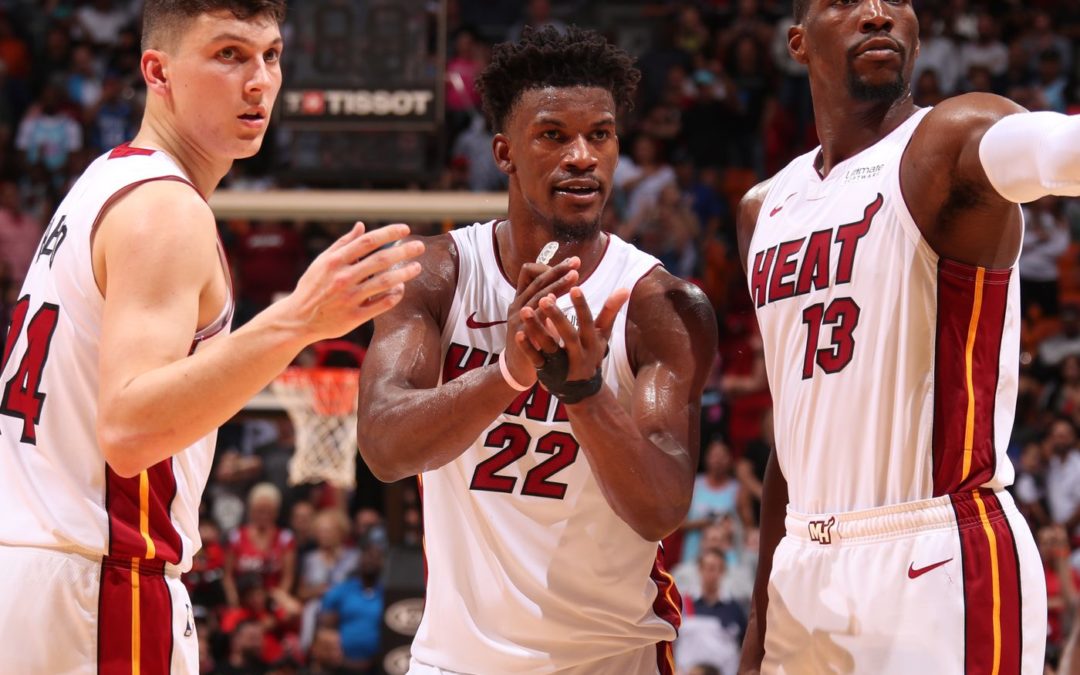 The summer of 2019, the Miami Heat acquired Jimmy Butler through free agency. Butler signed with the Heat the very first day of free agency and every professional analyst, fans and beyond that turned their heads sideways as to why he would go somewhere without another star to team up with. The truth is, Miami is a perfect organization for Jimmy Butler with his style of play and the grind he puts in everyday. A lot of people said, “Miami is going to be an eighth seed at best. He is wasting his career in Miami.” The amount of hate and disrespect he received for picking the Heat was almost as bad as LeBron James choosing Miami in 2010.

The truth is, Miami did not fall off after LeBron left. They missed the playoffs only three times and by a bare minimum as well. Pat Riley is a don at coaching and being the general manager of an organization. The times Miami missed the playoffs, they acquired two pieces from the lottery at picks 13 and 14 that have set up their future and have made Jimmy Butler look like a genius.

From being “an eighth seed at best and wasting his career” to the Miami Heat are on the verge of making the NBA Finals and by the time this article comes out, they might have already clinched the Eastern Conference. The leader of this team is Jimmy Butler, but the two other future All-Stars have been the driving factor as to why Miami has made it so far.

Bam Adebayo and Tyler Herro will become the second and third star in Miami, forming a big three with Butler. There is no need to break the bank and lose all the young pieces for a Bradley Beal or even someone as lethal as Giannis Antetokounmpo. Adebayo is the future for centers with the way the game is going and Herro is the next great guard in today’s NBA.

Butler does not have to be like most first options and score 25 points a night to have his team win. Sometimes he just has to do the bare minimum because you have a 20-year old rookie in Herro who is a literal walking bucket. I see a lot of Devin Booker in him where he can score in so many different ways at will and facilitate when he has to. The Heat also have Adebayo, who can give you 18-20 points, 10-plus rebounds and even dish out five assists a game with ease!

Of course, there is Goran Dragic, Jae Crowder and even Andre Iguodala being vital pieces to this team, but they don’t have the legs and the youth that Adebayo and Herro have. The future is very bright in Miami and a big three is on the horizon for the Heat. When 2021 free agency hits, Miami does not have to do anything except give Adebayo and Herro the bag. I think Pat knows what he has and the nucleus is already there for the next eight years. Miami, enjoy the ride, it’s going to be one to remember.