Why the Thunder Won Both Of Their Trades Last Offseason 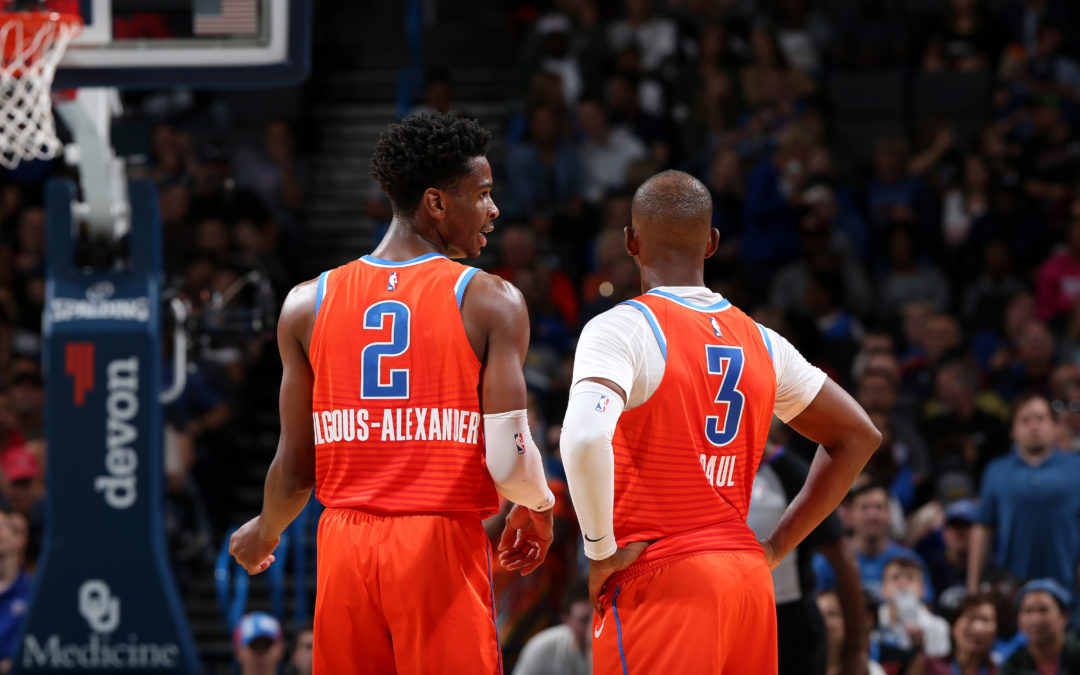 Last season when Damian Lillard waved goodbye to the Oklahoma City Thunder’s playoff hopes, no one knew what was to come of the Thunder following yet another disappointing playoff showing. People predicted that they would make some roster changes, but no one expected what came next. No one thought Paul George would want to leave to team up with Kawhi Leonard in Los Angeles with the Clippers. No one expected the Thunder’s all-time leading scorer to be traded and team up with his former teammate in Houston. But, that’s just what happened. It’s hard to trade away two MVP caliber players and win the trades, but the Thunder did just that.

The Clippers gave the Golden State Warriors a run for their money in the 2019 playoffs pushing them to six games. An already talented team added the 2019 Finals MVP Leonard, a top 3 MVP finalist in George, and two great role players in Reggie Jackson and Marcus Morris. Before the season many NBA “experts” had the Clippers as a lock to come out of the West to win the title. Recently, the Clippers blew a 3-1 lead and multiple double digit leads to the Denver Nuggets in the second round where Leonard and “Playoff P” were nowhere to be found. Who knows what the Clippers will do this offseason with roster and coaching changes.

In the trade for George, the Thunder got Shai-Gilgeous Alexander, Danilo Gallinari, the Clippers’ 2022, 2024, 2026, and two first-round choices from Miami in 2023 and 2025. The Thunder may have lost George, but they got the Clippers’ entire future until 2027. The Clippers will most likely run it back with George and Leonard next season, but they are free agents following next season. They could resign, but if they leave that leaves the Clippers in a very tough situation. Worst case scenario for the Thunder is having a late first-round pick over the next six years along with our own picks and if Alexander doesn’t get any better, he is already an All Star caliber player. Best case scenario, George and Leonard leave next offseason, the Clippers go into a rebuild and the Thunder have a lottery pick over the next six seasons along with their own picks while Shai turns into an absolute superstar. Either way, I think the Thunder won this trade for the time being.

James Harden has had the Houston Rockets as title contenders for a while now, but they haven’t been able to get over the hump. They decided the Harden-Paul era was over with and spent all offseason looking to trade him. They found a trade partner when Russell Westbrook requested a trade shortly after Paul George was traded. A team already considered title contenders adds a former MVP and a player who has a great relationship with James Harden. The Rockets decided to go small ball mid-way through the season and traded away Clint Capela and subsequently brought in Robert Covington and Jeff Green. They faced off against the Thunder in the first round of the playoffs and it went to seven games. The Thunder were a couple plays from winning the game, but the Rockets prevailed. They went on to lose to the Los Angeles Lakers in five games and now Mike D’Antoni will not be there next season, and Westbrook trade rumors have already started.

In the trade for Russell Westbrook, the Thunder got Paul, the Rockets’ 2024 and 2026 first-round picks and pick swaps in 2021 and 2025. The Thunder lost the best player in franchise history, but got an amazing leader and teacher in return. Paul led this team to the playoffs when no one, not even me, thought they could. He helped progress Gilgeous-Alexander and Dennis Schroeder from good players to great players. Paul’s future with the Thunder is up in the air due to his hefty contract and him getting older. If the Thunder trade away Paul, the Thunder’s general manager Sam Presti will be sure to get the most out of the trade, as he always does. The Rockets will be title contenders as long as James Harden is there so these picks will never be lottery picks, but the Thunder are great at drafting and will use the picks wisely.

Looking at both trades as one, the Thunder gave up Westbrook and George for 15 picks, Paul, Gallinari, and Gilgeous-Alexander. The Thunder are built for the future while the Clippers and Rockets are trying to win a championship in a very competitive league. Both teams lost in the second round this season so the Thunder are the clear winners of the trades right now. No one knows what will happen with these three franchises in the future, but I am confident that the trades will continue to pay off for the Thunder and will put them in a much better position than the Clippers and Rockets in the future.