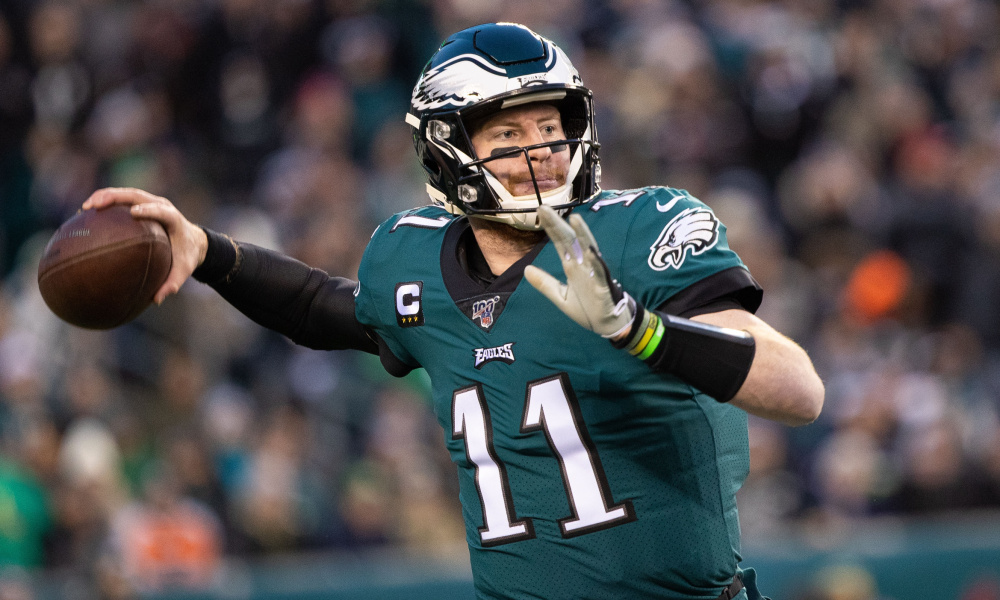 Week 2 in the NFL is upon us and I am just excited as ever to get back into it. I finished 2-2 last week with the Baltimore Ravens and New Orleans Saints covering. I fell short with the Dallas Cowboys and the over in the Ravens and Cleveland Browns despite offensive fireworks by Lamar Jackson and the Ravens. In Week 2, there are a lot of juicy matchups that I will delve into to find us some winners this week while picking some of the marquee matchups.

These two teams couldn’t be coming into this matchup with more opposite feelings as the Rams came out on top as a home dog and the Eagles lost as a huge favorite by double digits. There is plenty of time to right the ship in Philly especially with the Dallas Cowboys and New York Giants also losing in Week 1. They will need to play a lot better than they did against the Washington Football Team that is for certain. The Eagles defense played a good game last week, however poor decisions by the coaching staff and poor play by Carson Wentz did them in. Zach Ertz will need to turn around his dismal play and hopefully, Miles Sanders will be back for this offense that desperately needs playmakers. Look for Jalen Reagor to get back in the mix after having an eventful start to his career. Their opponent the Rams looked better upfront on the offensive line and they will need to hold up once again against a strong Eagles front. The wide 9 could give the Rams some issues and it will be tough sledding on the ground. Can Jared Goff go on the road and win a tough game against a hungry Eagles team? It is possible and he will need Cooper Kupp and Robert Woods to be stellar in the short and intermediate passing game. The trends won’t help you here as the Rams are 8-2 against the spread in their last 10 road games. While the Eagles are 5-0 against the spread when playing the Rams. The line has moved back and forth on this one and at the time of writing this, it lies at Eagles -1.5. I am going against the Eagles in this matchup and will trust Sean McVay to scheme up a win and just get by the Eagles.

Both teams come into this one hoping for a better start as the Vikings got throttled at home against cross-state rival Green Bay Packers and the Colts let one slip to a huge underdog in the lowly Jacksonville Jaguars. The Vikings showed glaring weaknesses in their young secondary and couldn’t find a pass rush without the likes of Danielle Hunter. The problem for the Vikings is this offensive line for the Colts is no joke, although in the loss Phillip Rivers did plenty to spread the ball around to the number of weapons that the Colts now possess in the passing game. There is light at the end of the tunnel as this Colts D was carved up by late-round draft pick from a year ago and fan favorite Gardner Minshew. The Colts play vanilla zone coverage most of the game and paid the price in the end. Look for the Colts to switch it up on D and try to limit Dalvin Cook’s impact. Other than Adam Thielen and Cook this Vikings team doesn’t have a lot of weapons. I think the Colts out weapon this Vikings team in a high scoring game. The total has gone OVER in five of Minnesota’s last seven games while traveling.

Going back to the well on this one as the Ravens head to Houston. The Ravens looked amazing against a Cleveland Browns secondary that was banged up coming in. Houston will need a monumental performance from their defense and Deshaun Watson for the Texans to be competitive. I could see a ton of fantasy points in this one for all parties. Jackson and the Ravens will look to keep it going as Jackson showed no signs of slowing down last week throwing the ball over the field and juking players out of their shoes. Watson will need to get more from Brandin Cooks and Randall Cobb and David Johnson should be effective, especially if utilized in the passing game. No matter how well the Texans play I don’t think they have enough in this one as Jackson and the Ravens continue their rampage through the AFC. The Ravens are 5-0 against the spread their last five road games and have covered the line in eight of their last nine games against AFC opponents.

Appreciate you taking the time to read this week’s article if you want to hear all my sides and player props make sure to tune into the Bets Unwrapped podcast on Spotify. Make sure you check out mybookie.ag and use the code USN100 for a 100% deposit match +15 dollar bonus. Go and signup now. Follow me @Cmoney52 and let me know who you are wagering on. See you soon!