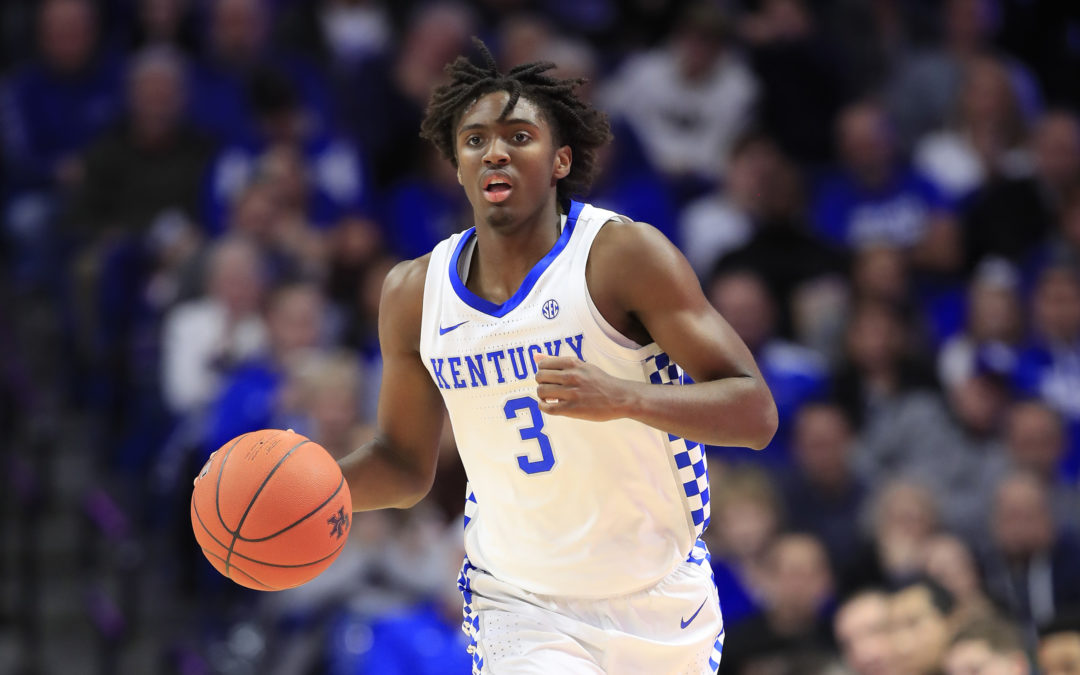 When discussing draft prospects, most of the time it’s about who is the best prospect. You can watch all of the film on your favorite prospect, but you will never really know how their game transfers to the NBA until they play. History shows us that the best player in the draft isn’t always the first pick, in the lottery, or sometimes, even in the first round. Here are my 11 through 20 picks, who all have the potential to be the best player in the draft.

I think it is time to move on from the DeMar DeRozan and LaMarcus Aldrige era for the Spurs. They have some great young talent in Dejounte Murray, Lonnie Walker, and Keldon Johnson. I think adding Patrick Williams will give them a great core for the future. Williams is a 6-foot-8 forward who is a great all-around player. He is extremely athletic and can guard all five positions. The only issue with his game is his shooting could use some work, but other than that he is a great fit for the Spurs.

The Kings have all the tools to be a great team next season. De’Aaron Fox took a big step this season and hopefully Marvin Bagley will play a full season. I do not think Luke Walton will be the coach to take this team to the next level, but hey, I could be wrong. They need help defensively and could use some more scoring. Devin Vassell may be the best defender in this draft and was very efficient for Florida State last season. He can play guard or forward and can guard anyone. I think he would be a great fit for the Kings and could be a huge addition to their young core.

The Pelicans already have their young core in Zion Williamson, Lonzo Ball, Brandon Ingram, and Jaxon Hayes. Adding a fast paced player like Lewis could give their bench a huge boost. Lewis improved a lot throughout the season and improved his draft stock when he started knocking down shots from outside and seemed to finish everything at the rim, regardless of contact. He has a small frame and still has a lot of room for improvement. He will be given time to develop with the Pelicans considering they’re still developing their own young players. I think it would be a great fit for the Pelicans and will give them a good backup point guard for Lonzo.

Danny Ainge is magical. Somehow they are currently up 1-0 against the defending champions in the second round of the playoffs, but at the same time they have a lottery pick. They already have an amazing team lead by Kemba Walker and Jayson Tatum. I think they could use some more help and size on the inside. Pokusevski could help give them some size down low. He has a small frame but he is 7-footer. He can handle the ball and shoot from the outside. He is the youngest player in the draft and is a risky pick, but if he can fill out his frame and develop his game, he could be the biggest steal in the draft. It’s not impossible to build a stronger frame at a size like that, as we’ve seen Giannis Antetokounmpo improve his game every year. I think it’s a good pick for the Celtics and could be big for their future.

The Orlando Magic impressed me in the bubble. They gave the Bucks a solid fight in the first round. It is great to see Markelle Fultz find his role and look comfortable on the court. Nikola Vucevic is still carrying the team and needs help. Evan Fournier is a free agent this season and I do not think the Magic will bring him back. Tyrese Maxey could be a great replacement for Fournier. Maxey didn’t perform as well as everyone thought he would at Kentucky, but he still has a very high ceiling. He can’t control the offense but he is exceptional at attacking the basket and finishing through contact. He isn’t the best shooter but he can knock them down when he is open. I think it would be a good pick by the Magic and he would help add to their young core of Fultz and Mo Bamba.

The Trail Blazers are going to be competing for a title next seasons and they need as many scorers and defenders that they can get. Carmelo Anthony says he wants to return to Portland which is huge. They need more help on the defensive side and could use someone who can guard all five positions. Sadiq Bey is a great all-around player and would thrive as a role player for the Blazers. He can create his own shot and knock down shots from the outside. He has a solid build and is an above average defender. He will be a great backup for Melo and other forwards on the team and could develop into a very good player for them in the future.

If the Timberwolves wind up drafting Anthony Edwards it will give them a bright future with their starters, but they need some scoring off of the bench. Josh Green had a very solid season with Arizona and could be a great bench piece for the Timberwolves. He can score at all three levels and is a great off the ball player. He is a solid defender and has the strength to stick with forwards if he needs to. He has the potential to be a great role player in the league. I think it would be a great investment for the Timberwolves and he could turn into a great sixth man for them.

The game plan for the Mavericks in the future is pretty simple, surround Luka and Kristaps with a lot of shooters. Luckily for the Mavericks, Nesmith is the best shooter in the draft and could be available when it is their time to pick. Nesmith is a great spot up shooter and can also create his own shot. He is a solid defender and has the potential to become an amazing scorer. If he is available for the Mavs, I think this is a no-brainer pick.

The Nets have the best and deepest roster in the league. They made the playoffs without their two best players and put up a fight in the playoffs with none of their key starters. Whoever they draft will be given a lot of time to develop. Bolmaro is already a great playmaker with a ton of obvious potential. He could be euro-stashed to save for the future which is what will ideally happen. This may be a little high for Bolmaro but his potential is worth the risk. The Nets already have their team for the next couple seasons so selecting a player who needs more time to develop is a move I think the Nets should make and I think Bolmaro should be their pick.

The Heat are stacked at every position and don’t need a lot of new pieces. I think they’re in a situation similar to the Nets. R.J. Hampton has huge upside but didn’t put on the show people thought he would with the New Zealand Breakers. He is a bigger point guard who is an amazing finisher around the rim. He could turn into a great wing player off the bench for the Heat. They already have some great wing players but down the road when they leave, Hampton can step in. I think it would be a great investment in the Heats’ future and should be the pick they make if they don’t decide to draft a big man.