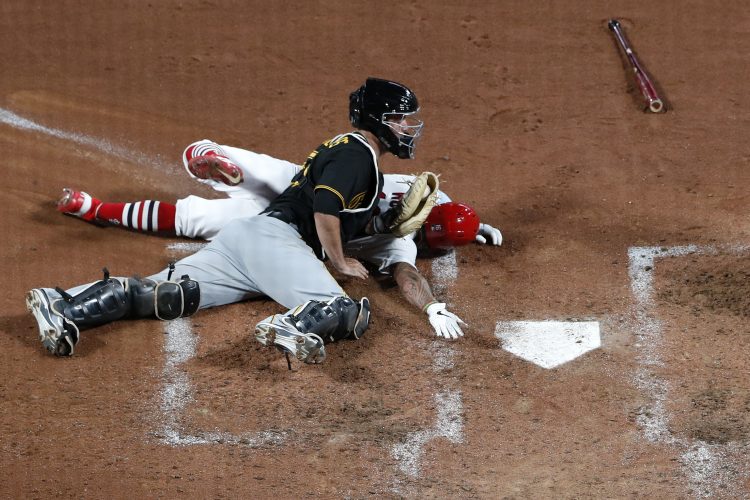 The Pirates have played two games so far, they’ve lost both. Friday night’s game only losing by one run; Saturday’s game by a whopping eight runs. There are some bright spots and some that need obvious help. Yes, it’s only been two games, but it’s never too early to start improving, especially with only 57 games left in the season.

Let’s begin with the rough and get it out of the way, shall we? To start, the bullpen is very, very scary. Kyle Crick looked like he forgot how to pitch on Saturday and made two very costly errors resulting in two runs. He was tattooed for four runs in his 0.2 IP appearance, but somehow, none of them were earned. To end on a bright note, both of his outs were indeed strikeouts.

As someone who’s given Cole Tucker a second opportunity to wow me, he’s failed so far. Obviously he’s new to the outfield, but Tucker looked like a little leaguer out there clearly pouting about playing right field. I mean, he let a ball fly right over him and completely gave up on it.

Don’t get me wrong, I like Cole Tucker. But, looked like he gave up on the play in right field. Yes, he’s an inexperienced outfielder but still. #LetsGoBucs  #BucsBooth pic.twitter.com/yhRdsOefi4

To look at his play with the bat in his hands, he’s currently 0-3 as well. Let’s hope Tucker turns it around and at least gives the Buccos a .230 AVG and maybe 3 home runs? Yeah, I’d be satisfied with that. Throw in a couple more of those sliding catches on top and I’ll call it even.

Now, let’s move on to the good news! On Friday night, Joe Musgrove was one out shy of a quality start. He gave up two runs on the mound, both solo jacks, but reliever Clay Holmes came in with Musgrove’s runners aboard and let in one. In the end, Big Joe was credited for three runs earned and struck out seven batters.

Jacob Stallings impressed on Friday night, going 2 for 4 with two RBI’s. Stallings should be the almost everyday catcher and he’s already got the bat moving, hope it continues!

He also picked off speedy Tommy Edman at second base on a freaking curveball, c’mon, what’s not to like about that?!

We've already got a Stop Running on Stallings post!

Receiving my third star so far is Jose Osuna. He played as the designated hitter and went two for four at dish and scored two runs. Friday night was really the Osuna and Stallings show at the plate for the Pirates.

If the Bucs would’ve let Musgrove finish out inning six, I believe they would’ve won since the bullpen got called on too early. Just like Saturday when Pittsburgh took out Trevor Williams, who only was allotted 3.2 IP. He struck out three batters and gave up three runs in the game. If Trevor gets punched, he punches back harder and you simply have to let him fight it out. Only allowing him to throw 67 pitches is a crying shame. Regardless, it’s great to have baseball back!