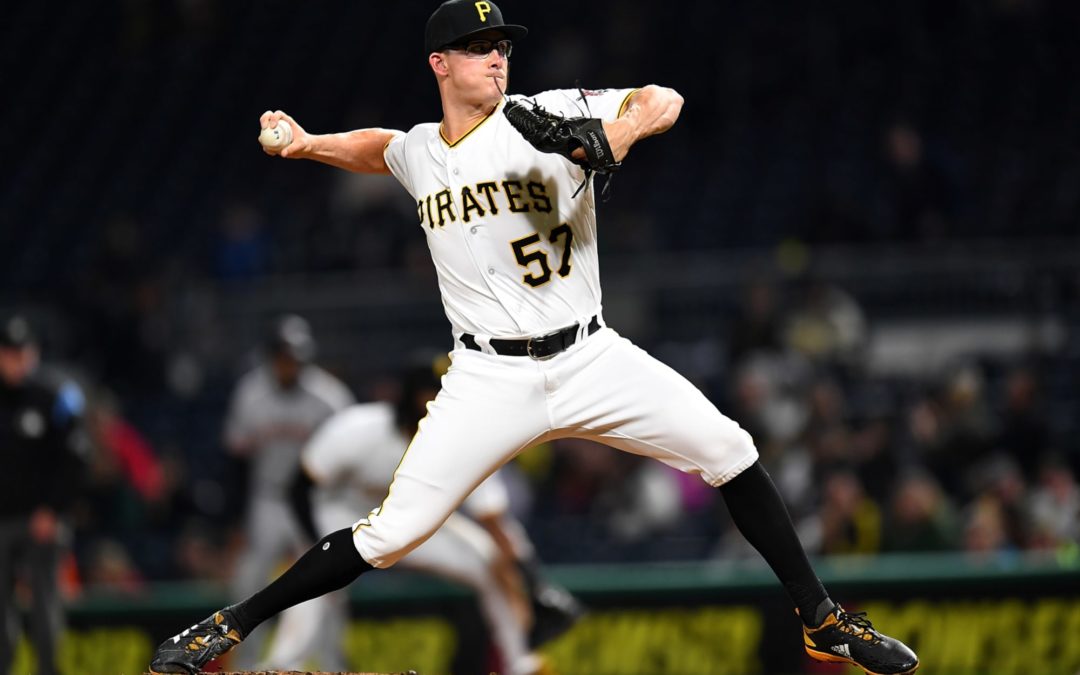 As we can see so far, the bullpen is going to be rough. By rough, I mean tougher than sandpaper. Although it truly is terrible, it can be fixed, but only with quick action. I’ll play pitching coach for this one!

First up, demote Richard Rodriguez. It may seem like I’m talking into the wind, but once he gets hit, there is no regaining confidence for him. Call up Geoff Hartlieb to replace him on the roster. The disrespect for Hartlieb is unreal. The man throws gas and hits 99 with ease. Toss Hartlieb in the eighth inning role for Rich Rod.

Next, Robbie Erlin. Sure, he’s alright, but that’s it. He tends to get smacked around a bit and hangs on the low side for strikeouts. Realistically, he shouldn’t have given up any runs on Saturday if it wasn’t for a bad jump at the wall by Reynolds, but it was still a rough ball hit. The walks are minuscule to none with a career 1.8 BB/9. He can stay in a mid inning relief role considering he was once a starter.

Chris Stratton is a guy who’s been really growing on me. I wasn’t the biggest fan of him at the beginning, but he has some good stuff. It seems like he’s gotten the walks under control as well. Stratton can give you a couple of innings, but he’s so good for the Bucs, that I almost want him in that eighth inning rule.

Now to the player who frustrates me like no other and needs an introduction, Kyle Crick. He has a scary good slider, but doesn’t quite know where to put it. Crick either gets shelled or looks like a bullpen ace and he’s not a guy I want to rely on with a game on the line. I possibly would want him in a sixth inning role or if a starter’s day ends early, put him in for an inning of relief.

A few players in the exact same boat as Crick are Nik Turley, Chad Kuhl, and Sam Howard. Turley, excluding Saturday, hasn’t pitched in an actual game since 2017. Kuhl, coming off Tommy John surgery, hasn’t pitched in a game, excluding Spring Training, since summer of 2018. Howard isn’t coming off an injury or anything along those lines, he’s just falls in my ‘too soon to tell’ category. Personally, I predict Chad Kuhl will be the best out of the bunch.

Now onto the make it or break it category which holds Dovydas Neverauskas, Clay Holmes and Michael Feliz.

Clay Holmes is kind of like Neverauskas, in the sense of the stat line. Over 77.2 IP, Holmes has a 5.91 ERA. He averages 9.0 K/9, many coming from his nasty curveball. He walks a bit averaging 6.8 BB/9. I might trust him in the seventh, possibly the eighth, if absolutely needed.

Next three on the list: JT Brubaker, Derek Holland, Steven Brault. One of these names will make ends meet in the bullpen since there’s only two open seats in the rotation left. In the end, I’m assuming Brubaker will be number four and Holland at the five. That leaving Brault in the bullpen, where he has pitched before.

My choice for closer is Nick Burdi. If you read my previous article about this very topic, you know that already! Burdi has absolutely nasty stuff and hits 100 mph on the gun. He sits guys down like an animal and it is impressive, to say the least. When the glasses come on and he steps out on the rubber, he’s earned a crazy 17.1 K/9 and 4.5 BB/9. If you think about it, more than 17 strikeouts over nine innings is just bewildering.

Here’s how the bullpen stacks up for me excluding Keone Kela due to currently having COVID-19.