Who Wins The NL East? 2020 Predictions 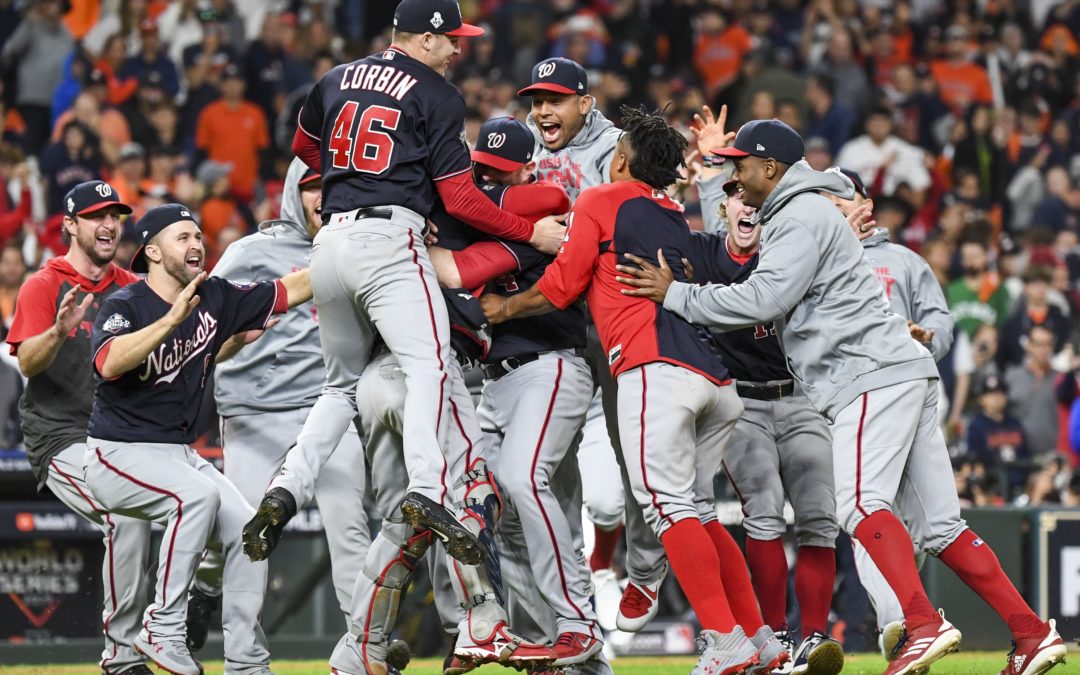 With the MLB season less than five days away, let’s look at the NL East and make some predictions.

Starting with the Miami Marlins, who finished last in the division in 2019 with over 100 losses, but Marlins’ fans have to be a bit excited with the efforts to string together this youthful team led by promising strong young arms in the starting rotation from Caleb Smith to veteran Jose Urena to last year’s all-star Sandy Alcantara to promising Jordan Yamamoto.  All these pitchers are still in their twenties. With only 60 games in this year’s modified schedule, young gunslingers like this could cause some damage. The Marlins downfall is their offense which was a no show in most games last year; ranked last in-home runs, 29th in doubles and a whopping .240 batting average for the year. However, Derek Jeter added some veteran leaders in Jesus Aguilar, Jonathan Villar, Matt Joyce and Corey Dickerson. VIllar and Dickerson could be huge additions for this afflicted offense. Dickerson is a hitter that any team would love to have added in their lineup. If the Marlins start the season off like 2019, Dickerson will more than likely be another piece to trade to a contender in order to keep working at the “process”. But watch out, with these new additions, this team could be a very big surprise.

Could this be the year of the Phillies? Well, the front office sure hopes so with all the money spent on this team. Yes, Bryce Harper had a good year last year, he was the best hitter on their team, but for $20 million player, being the best batter for the Phillies isn’t exactly what is expected of him. They need Bryce to be in the MVP race! Bringing in new head coach Joe Girardi and signing Didi Gregorius and Zack Wheeler will help; and with any productivity from Andrew McCutchen and Jake Arrieta, this team will be interesting to watch. There are just too many tangibles that have to fall in order. This team will be the hardest to predict; they could finish dead last or series champ.

Where did all the Nationals go? After winning the World Series, this team will look vastly different for this shortened season. After losing Anthony Rendon to the Angels, speculations were the Nat’s would make a big offseason move to fill the vacancy at third, only to stay in-house going with Carter Kieboom and Starling Castro as a veteran backup. Although they still have studs like Max Scherzer, Steven Strasburg, Juan Soto and Howie Kendrick, the losses of Rendon and Ryan Zimmerman, choosing to sit out this season due to covid-19, completely transforms this team. Without the leadership from their vets, the Nats will have a hard time defending their title.

Prior to preseason, most analysts were eyeballing the Mets to top the National League with Noah Syndergaard leading their rotation, BUT the Mets’ notorious bad luck continues with Syndergaard needing Tommy John surgery ending his year before it even began. Now the Mets are depending on a crew of players to pick up the slack; Jacob deGrom and Steven Matz being the main contributors. Offseason additions in Rick Porcello and Michael Wacha are helpful, but with the shortened season, this team could be facing a tall task to get things going and compete. What will be wonderful about this team is being able to watch a healthy Yoenis Cespedes every day! MLB has been missing this cannon of an arm since the 2018 season and with the new universal DH rule, Cespedes will be an everyday player if that’s fielding or hitting.

Lastly, the team to beat in the NL East is the Braves. You can’t deny this young teams’ talent and are at the cornerstone of turning into a dynasty! Everyone fell in love with MVP candidate Ronald Acuna Jr. while hitting digger after dinger last season. This front office had a wonderful winter picking up much needed bullpen players such as Will Smith, Chris Martin and Darren O’Day to help this talented, young rotation. They also adding depth with an experienced vet like Cole Hamels. Hamels is dealing with some tricep issues, but his leadership and experience will be a great asset for this October push team. Get ready for baseball people!