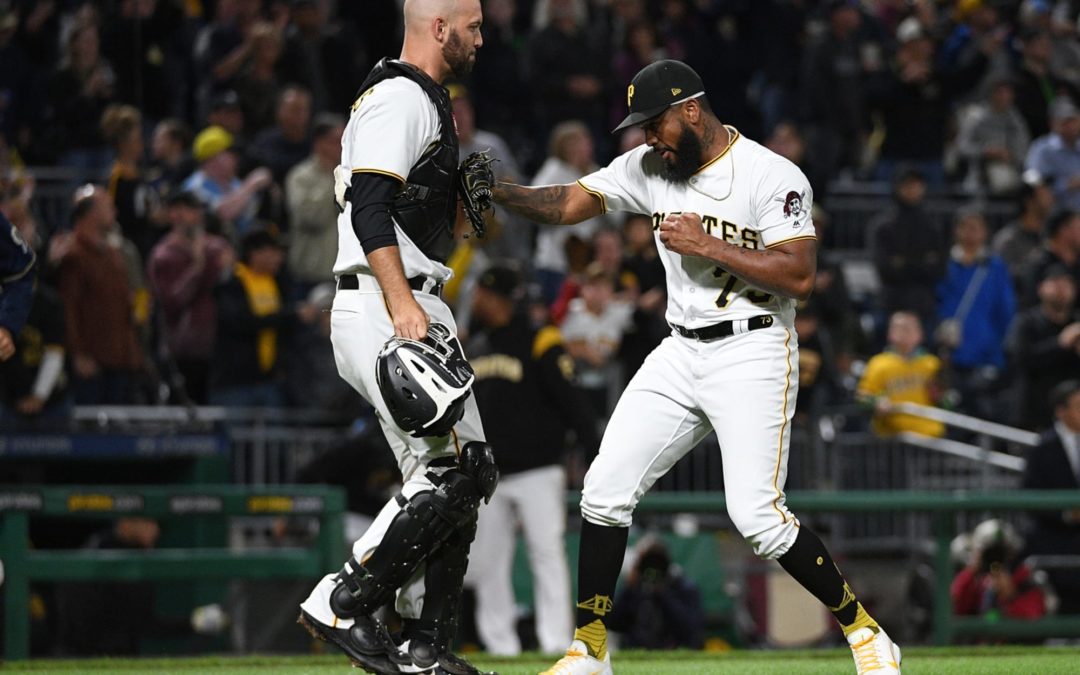 Jacob Stallings is unarguably one of the most underrated Pirates to start out with first. He’s 30, and finally last year, he had the chance to play in 71 games at the MLB level. He was drafted back in 2012.

Stallings should be looked at as a huge upgrade from last year’s starting catcher Elias Diaz, who is now a Colorado Rockies member. Diaz last year was very mediocre (that may be a compliment). It seemed like pitchers got frustrated with him quite a bit, especially Trevor Williams. Diaz never seemed to know when to call a mound visit or throw the right signs down. Pitchers need a smart catcher, Diaz isn’t such. He nabbed just 26% of base stealers (15 of 42) and only 28% of base stealers he’s thrown out in his career. You compare that to Stallings who threw out 40% of his last year, throwing out 8 of 12. 31% of Stallings’ MLB career base stealers have been sent back to the dugout.

Not to mention Stallings is a good hitter too. .262 AVG, 1.3 WAR,13 RBI’s, 5 2Bs, 6 home runs. Including a monster shot in Houston that wouldn’t have landed yet if it didn’t hit the ball at the top of the stadium.

Stallings has been touted by starting pitcher Joe Musgrove saying “It’s almost like he’s the brains and I’m the muscle”, and “You just tell me where to throw it and I’ll throw it there.” That shows a lot of trust in your catcher, which is a great thing.

Big Jake hopefully can crack the code with Mitch Keller and turn him into a good mid-rotation guy. Keller seems to have calmed down from last season when he had a little attitude, it seems he humbled out. Heck, everyone can improve, even guys like Kyle Crick who’s coming off a not so hot year or even veterans like Chris Stratton. Anyone can improve and get even better and Jacob Stallings would be the guy I want behind the dish calling the game.

Don’t worry about him being scared of the high traffic area at home plate, and backing down from the season. Stallings said this to the Pittsburgh Post-Gazette in response to being scared of COVID-19 “It’s a different world we live in, and you just have to be careful,” followed by “We’re trying to be as careful as we can for sure.”