Q&A With Kicker Ryan Hibbets, Why He Should Be on Your 2021 NFL Draft Board 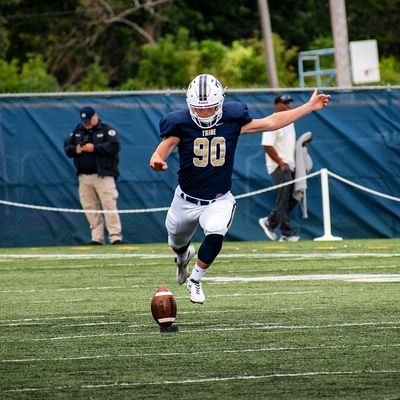 Ryan Hibbets is easily one of the most underrated players heading into the 2021 NFL Draft, he’s coming from a Division III football program that is Trine University.

Hibbets has been a three year starter at Trine, starting out in 2017 he went two for six on field goals with a long of 40 yards. Each of the next two years he keeps on improving and showing his leg should be at the next level.

In the 2018 season, Hibbets went two for two on field goals with a long of 48 yards.

2019 is the season he really took off. He drained a long of 53 yards, there’s some pro kickers who can’t pound one in from 53, that alone shows he deserves a look. In total he went seven for ten on field goals.

Tune in tommorrow on @UnwrappedSports as @hibbi_hib35 joins me for my next article! This FG is 53 yards not 52 actually. #d3fb pic.twitter.com/rdLLJViEH7

Q: What’s your favorite memory of your college football career?

Kicking a 53 yard field goal to break my school record again, also tying my conference record set back in 1940.

Q: What would it be like to play professionally?

Signing pro would be something that I cannot describe. I went to a high school of 800 people, a town of 5,000 people, and I play D3 football. That would be an incredible feeling.

Q: What are some songs off your pregame playlist?

Personally, I don’t listen to music in the locker room. I don’t know why, I just don’t. I always listen to the music playing over the speakers on the field. It usually consists of Taylor Swift, Panic! At The Disco, or any other music they have on their playlist.

Listen to some music in my dorm or on the bus, eat with the team, get to the locker room super early to mentally prepare, go out and kick some ass.

My biggest inspiration would have to be my parents. They always do the right thing at the right times. I strive to do that on the daily.

College football is so much fun, not only because of playing, but being around teammates everyday and making jokes with them. Practice is lots of fun because i get to see who can really be a good player, other than my kickers.

Q: What’s your favorite weather to play in?

I love playing in a snowy game. Even though it sucks because it’s cold, it is so much fun. It’s like going outside on a snow day when I was elementary school. Nothing can beat that.

Q: Interesting fact about you?

I do more than just football. I woodwork, sing, play trumpet, and I love doing yard work. Some people love new shoes, but i absolutely love getting new power tools.