Why Brentley Allen Should Be on Your 2021 NFL Draft Board 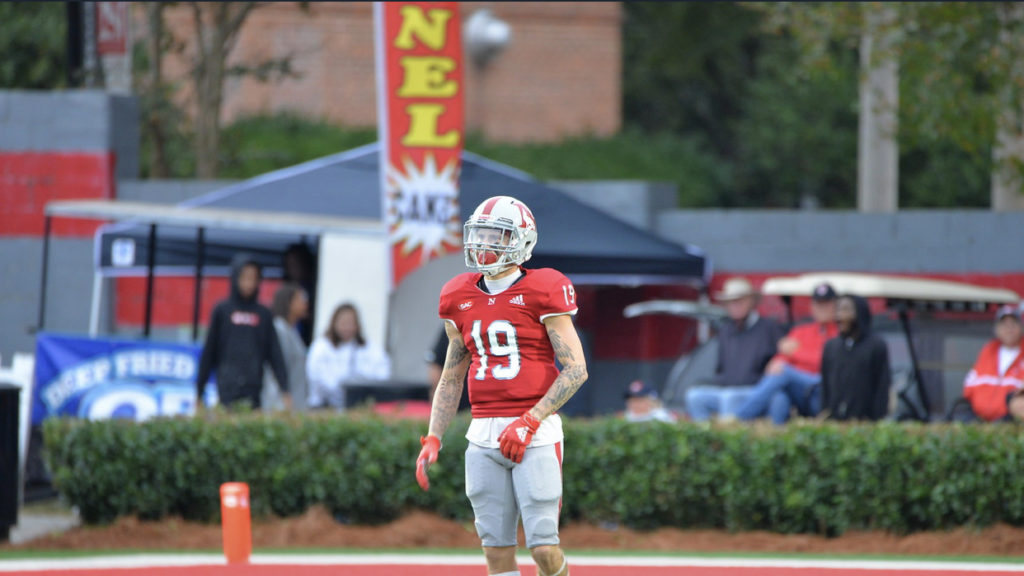 Brentley Allen is a very underrated receiver from Newberry College. Allen can also play quarterback, return man and punter as well!. He’s really a Swiss Army knife of a football player. This is why he should be in your 2021 NFL Draft Board.

Starting first up, Allen is a very speedy receiver as he puts up a 4.58 on the 40 yard dash, and you can see how he can burn a cornerback or lose them on the line with his elusiveness.

Just last year he put up some crazy numbers and ranked in the conference in many categories. He truly is a great player anywhere he plays on the field.

He saw action in 10 games..Caught five passes for 42 yards and a touchdown. First career scoring play came on a 14-yard reception against UVA-Wise. Returned 14 punts for 87 yards, ranked seventh in the SAC. Had the fourth-best punt return average in the league at 6.2 yards. Allen also totaled eight kickoff return yards.

After this coming season, I’m sure he will improve even more and some teams will take interest. I mean already if I was in the front office of an NFL team I would call him and at least have in for a workout a bare minimum. Being from South Carolina, I feel like he should get a call up from North Carolina, and the Carolina Panthers should be scouting and give him a shot.

The Panthers are starting fresh with a new QB and could quite possibly change the majority of the playbook with Cam Newton gone and off to Foxboro and Teddy Bridgewater as the new Panthers signal caller.

They don’t have many high level receivers. Really after DJ Moore and Robby Anderson there’s no one that sticks out to me, Keith Kirkwood and Pharoah Cooper are the top four. Allen could come in and help this young and powerful offense come up and drive them in the right direction, give Teddy a year to settle in before Allen, then Allen joins and can turn the burners on and let Teddy toss it to him for the touchdowns.

That’s the team I like the fit most of, but really any team will benefit by selecting Brentley Allen in the 2021 NFL Draft. He always stays loose and likes to have fun during pre game, that’s the kinda guy that’s good in the locker room, someone everyone can like and get behind. Then the victories and on field play will go in the right direction.