5 Impactful Players for the NBA Bubble 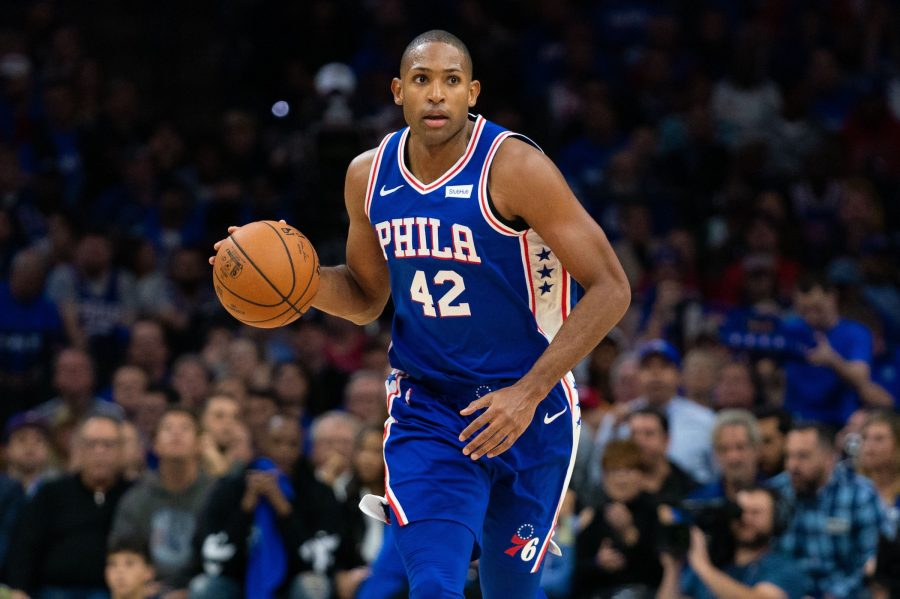 The NBA will officially be back on July 31st. We’ve missed basketball for the past 5 months but now it is just weeks away. Teams have added some players who can play crucial rules in their title runs. The Lakers reunited JR Smith and LeBron James. The Rockets added Luc Mbah a Moute who fits their system perfectly. The Clippers added Joakim Noah who will give Anthony Davis problems in the dream scenario of LA vs LA in the Conference Finals. There are a lot of player who are going to play big roles in the playoffs, but what players have to play well for their teams to have success?

The Rockets are fully committed to running the small ball lineup. Russell Westbrook and James Harden will be handling a lot of the scoring and running the offense. They generate a lot of points for the offense but they can’t do it all alone. They acquired Robert Covington via trade earlier this season and he has been great for them. They will need him to be their best defender and guard opposing teams best players. He needs to knock down open shots when Russ and Harden are being double teamed. If Covington can be that third option and thrive in that role then the Rockets have a real chance to make a title run.

Coming off the best season of his career, Mike Conley was traded to the Utah Jazz. Conley was supposed to be the missing piece that would give the Jazz an opportunity to make a title run, but that hasn’t been the case. Conley is averaging 13.8 ppg and 4.3 apg which is not what the Jazz expected out of their starting point guard. The Jazz actually played better with him coming off the bench. If the Jazz want to make a title run they need Mike Conley to play like the player they traded for. We’ve seen him play like a top point guard in the NBA before so we know he’s capable of it. I think Conley is going to turn it up in the playoffs and be the player they need.

To call the 76ers season a disappointment would be an understatement. They have one of the best rosters in the league and were an amazing shot from Kawhi Leonard away from the conference finals last season and now they sit at the 6th seed.. Al Horford signed with the 76ers this past offseason. He brought in veteran leadership and is a great stretch bigman. This season he’s averaged 12 ppg which is the lowest he’s averaged since his second year in the league. The 76ers will be a threat in the playoffs regardless of how he plays but if he can play like he did with the Celtics and Hawks then they are legit title contenders. It’s tough for the 76ers to have Joel Embid and Horford on the court but they have to learn to coexist if the 76ers want to make a title run.

The Bucks were great last season but they are even better this season. Their roster is perfectly designed around Giannis Antetokounmpo and he will most likely win back-to-back MVPs. Their big problem last playoffs was when Giannis was denied any way to score, no one else stepped up. Kris Middleton has to be that guy. He has played great this season averaging 21 ppg while shooting 41% from 3. The Bucks are one of the favorites to win the title but some of the pressure needs to be taken off Giannis. Middleton has the ability to be a top player in the league and if he plays like that then teams will have no choice but to guard him. If Middleton and Giannis are both dominant then they are almost unbeatable.

The Clippers have one of the deepest rosters of all time. If all 5 of their starters went down with injury they would still have a very competitive starting 5. They have 2 of the best 6th men in the league right now in Lou Williams and Montrez Harrell. The LA vs LA matchup is going to happen on the first night of basketball. The player I’m going to be keeping my eye on is Ivica Zubac. Anthony Davis is the biggest part of the Lakers offense. If Zubac can slow him down then they completely change the Laker offense. If he can play well throughout the playoffs and be a reliable big man, then it will give Kawhi Leonard and Paul George a lot of room to operate. The Clippers are one of the favorites to win the title and rightfully so. If Zubac plays badly then they always have Harrell and newly acquired Joakim Noah off the bench. If he’s playing well then the Clippers are way better and virtually unstoppable.