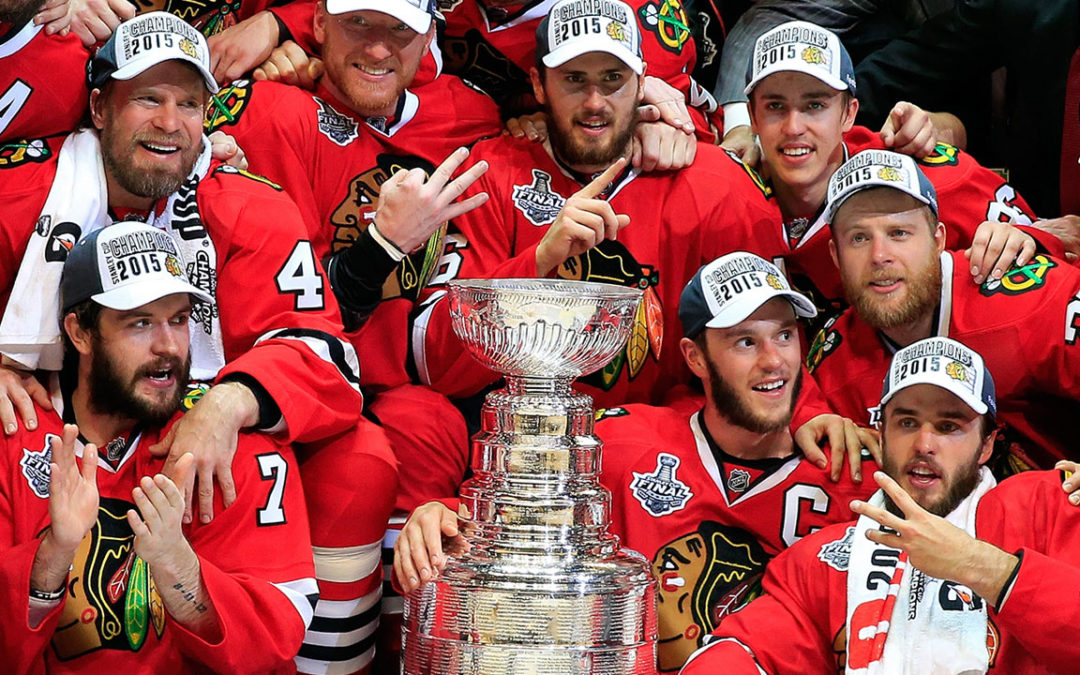 Hockey fans everywhere are chomping at the bit for the NHL to resume. There’s only so many old highlights you can watch before the, “Oh, I know what happens” feeling kicks in. I think we can all agree that that feeling gets old and frustrating after a short while…unless you’re talking about a Stanley Cup Playoff highlight that includes your team hoisting Lord Stanley on home ice.

On this day, June 15, 2015, the Chicago Blackhawks clinched their third Stanley Cup in six years, beating the Tampa Bay Lightning 2-0 in front of an electric United Center crowd. What made this, in my opinion, the most special out of the three, is the fact that it was clinched on home ice. The 2010 title was won in Philadelphia, and the 2013 one in Boston. Hearing the crowd count down the seconds and the sight of goalie, Corey Crawford, throw his mask before being hugged by his teammates were elements I’ll never forget.

I’ll save the “journo” breakdown for all of you and just give you the video highlights to watch. Okay, wait, let me just say this, Crawford was absolutely brilliant in Game 6. Say what you want about the defense in front of him, shutting out a team to win the Stanley Cup shouldn’t be degraded.

I will say this, though. We, as Blackhawks fans, are so spoiled. Some fanbases never get to see a championship. We got to see three Stanley Cups in six years. Not to mention the other titles in Chicago along the way. Today, and every day, we should feel grateful for our Chicago fandom. Sure, it’s frustrating when our favorite teams lose, but…no buts. Losing sucks. The stretch that the Blackhawks went on was dominant and that alone helps me sleep at night.

Out of the three Stanley Cups, which one was your favorite one to watch?