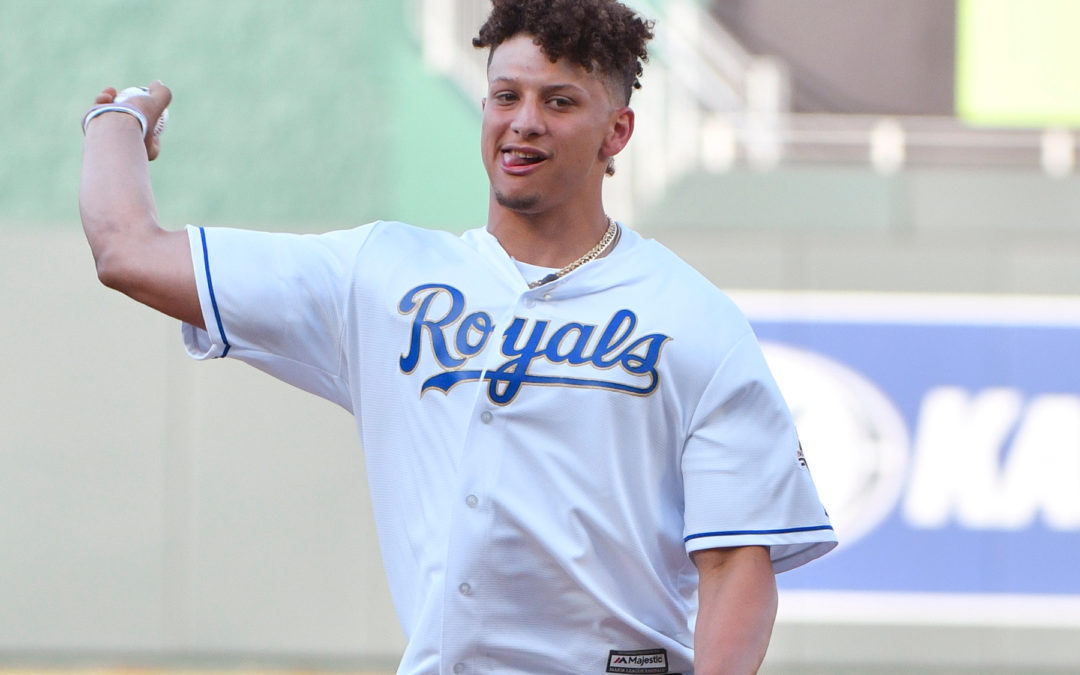 Recently, LeBron James’ possibly being a Dallas Cowboy when the NBA was wrinkled has come to light. You know what this means: Another inspired article from yours truly! I thought it would be interesting to form a baseball team, the starting nine to be exact, with players from other sports. There are no baseball players allowed, and age has no factor. This is about putting together a one-and-done team of athletes to try and go win a game. I’ll do my best to spread the wealth as far as each major sport is concerned, but here it goes…

Pitcher: Patrick Mahomes – This might be cheating? With Mahomes pedigree, and his familiarity with baseball, I feel sort of like this is such a basic move. However, how can you not pick a guy who can throw darts and probably pitch left handed if he needed to? Take that, Tommy John!

Catcher: Robin Lehner – First of all, we miss you in Chicago. As an NHL goalie, Lehner is used to stopping things that are coming far faster than any of us can appreciate at him. He’s had one of the highest save percentages in the past handful of seasons on the ice. Which means…well, he’s really good at stopping things. Also, his locker room presence and leadership would make him a great battery mate.

First Base: Zach Ertz (AKA Julie Ertz’s Husband) – Ertz has been a prime target for the Philadelphia Eagles and hasn’t disappointed in clutch situations. I’m sure I’m not giving him enough athletic credit, but I just think a bigger guy who can catch passes should be at first. Plus, some NFL-style trash talk to runners on first would be entertaining.

Second Base: Tarik Cohen – I’ll admit, I’m going with the smallest guy at second narrative here. However, that doesn’t discount Cohen’s range and decent arm. He’ll have the speed to track balls down between first and second, and the agility to get over to the bag to turn two.

Third Base: Russell Wilson – You aren’t outrunning this arm on the hot corner. I was flip-flopping Wilson at third and short in my head, but landed on this option because I feel like Wilson would be more fun to watch sending bullets across the diamond…to a tight end.

Shortstop: Julian Edelman – This might seem like an odd choice, but Edelman has range, and he’s also thrown a few touchdown passes in his career. Also, being here in Chicago and having Tim Anderson and Javy Baez, you have to bring the swagger to the 6-spot.

Left Field: Klay Thompson – Trayce Thompson, a former White Sox outfielder, has to pass along some baseball skill to his brother, right? I have to show some love to the NBA here, this will likely be the only baller selection. No disrespect, I just don’t know where they’d fit.

Center Field: Tyreek Hill – Need I say more? Go get ‘em, kid. He’ll cover the gaps and will catch pretty much everything, taking the pressure off the corner outfielders. Man, how exciting would it be to watch him track everything down…

Right Field: Eddie Jackson – My Chicago fandom has shined through a few times here, and it ends with Chicago Bears’ safety, Eddie Jackson. He already plays with anticipation and great reaction time so it seems fitting to put him in the outfield where he can track down balls with Hill by his side. I know right field is notorious for being a weaker spot, but no way that’s the case here. I’m not sure about his arm, so this entire outfield might be easy to run on, but if it’s in the air it’ll likely be hauled in.

There you have it, my starting nine based on other sports’ stars. Build your team and tweet it to me @JoshBUSN and let’s see who’s team would win in a one game playoff!