Top 5 QB/WR Duos in the NFL 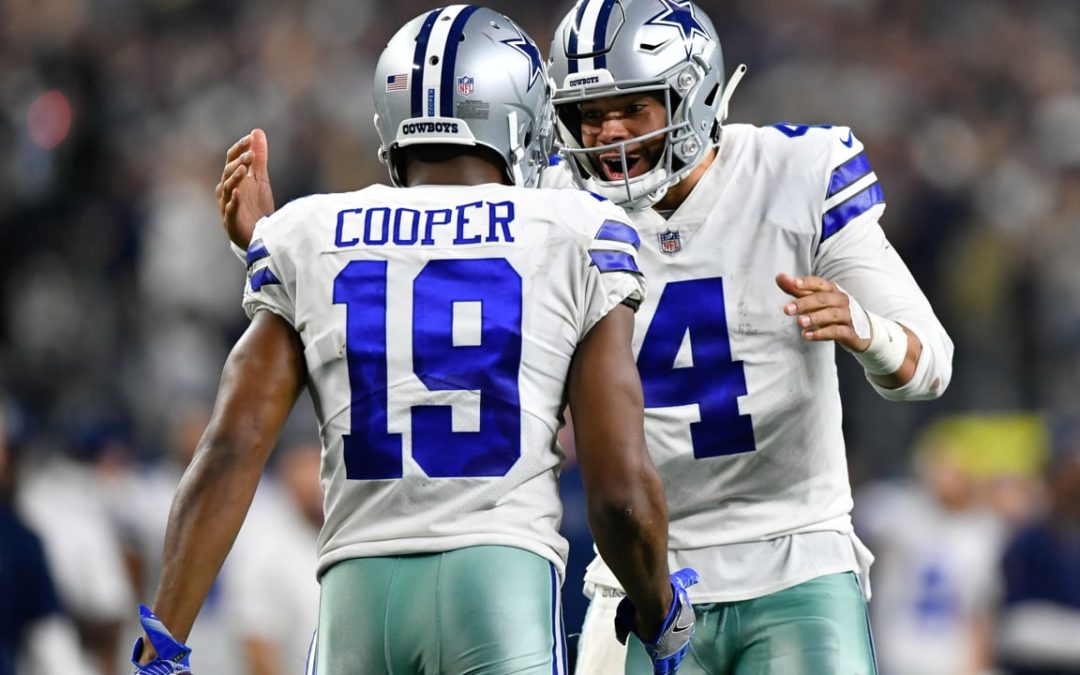 There are a lot of great quarterback/wide receiver duos in the league. Having a receiver and quarterback who understand each other and know each other’s playstyle is huge. If a star receiver and star quarterback have a great relationship then that offense can do some big things. There are some great examples of those duos in the league today and I am going to rank the best of them. I’m only including duos who have played at least 1 season together so newly formed duos like Kyler Murray and Deandre Hopkins won’t make the list. These duos have been able to find success with each other and are both Pro Bowl caliber players.

Julio Jones has been the best receiver in the NFL for the past 5 years. Matt Ryan hasn’t always been an elite quarterback but when he plays well the Falcons become one of the best offenses in the league. In Ryan’s best year he won MVP and Julio was unanimously the best WR in the NFL going for 1,400 yards. That year the Falcons were 1 bad half of football away from winning a Super Bowl. They are both getting older but their chemistry will always cause problems for defense.

Dak and Amari started clicking the day Amari got to Dallas. Daks play improved instantly and Amari looked like the receiver he was supposed to be. In 3 ½ seasons in Oakland Amari caught 19 touchdowns and in just 1 ½ seasons in Dallas he’s caught 14. The Cowboys offense has a lot of ways to beat you and when Dak and Amari are clicking they are unstoppable. The Cowboys locked up Amari for the next 5 years so if they can get the Dak contract done then they can light up the league for years to come.

Aaron Rodgers has never had amazing weapons to throw to besides Adams. Jordy Nelson and Randall Cobb were only as good as Rodgers was playing. Adams has elite route running and great hands. Rodgers and Adams were able to get to the Conference championship last season being the Packers only offensive threat outside of Aaron Jones having a surprisingly good year. This season it will be a lot more of Rodgers to Adams since the Packers didn’t get any new weapons. Even with no new weapons the Packers will still find themselves in the playoffs mainly because of how good Rodgers and Adams are.

Michael Thomas had some all time numbers last year. He caught 1,700 yards which is 300+ more than the next closest receiver. The craziest thing about this duo is that in the 185 times Brees threw the ball to Thomas he caught 149 of them. That’s an 80% completion rate between the two of them. Those 149 catches were enough to break Marvin Harrisons record for catches in a season. Unfortunately we won’t get to see this duo for the next decade with Brees getting closer and closer to retirement. They still have a couple seasons together and will probably break more records and will definitely have the Saints in contention for a title.

I don’t think there’s a duo in the NFL who have skill sets that match this perfectly. Mahomes has one of the strongest arms the league has ever seen and likes to show it off and make magical plays. Tyreek Hill is the fastest receiver in the NFL and likes to show DBs he can run around them all day and make amazing plays. This duo has produced some of the best highlights over the past few seasons and they’re just getting started. They won a Super Bowl last season and connected on a crucial deep ball late in the game. Their chemistry is amazing and they always trust each other to make the play. I don’t think there will be a better QB/WR duo than these two for years to come.