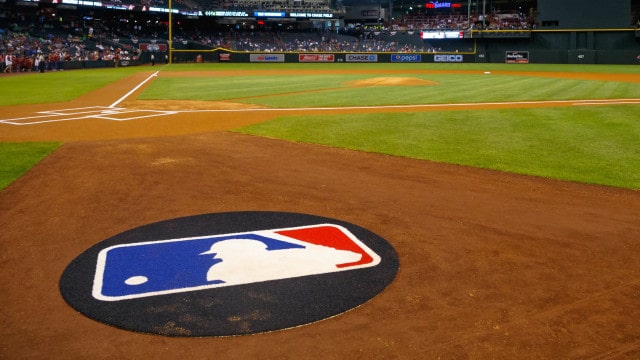 On this Tuesday night, there is plenty of uncertainty about the MLB’s plans to start playing. While there is a proposal on the table that was first agreed upon by head honchos around the league, it remains to be seen what the players’ reaction will be. Of course, we can only hope that these two units come together and give the world something to smile about…sports, not the coming together part. Although remaining optimistic is usually the way to go, I have some serious concerns about the “what if’s” that go along with this waiting game. Those are included below.

Firstly, the proposal outlines what would be an 82-game season with an extended playoff structure of 14 teams. I love the season part, but hate the playoff structure. This feels like an attempt to appease owners and possibly players with the thought of making the playoffs with a mediocre record. I thought the whole idea was to make baseball more interesting? The 82-game season would definitely do that, making just about every game count, except for the fact that the team’s probabilities of making the postseason go up. Sort of a balance act, no? Keep the playoff structure the same while cutting the season in half and I think that’s a recipe for competitive baseball all year long. But, what do I know? I’m just a blogger.

Jesse Clark and I talked about this a little on a recent stream, but the owners are expressing concerns of them losing a sickening amount of revenue based on the “no fans” policy. Jesse and I both admit that we are usually player-first type people. I’m not here to tear down the owners’ stance, nor the players’. David Kaplan, a host on ESPN-Chicago Radio, put my thoughts into words that are simple but reasonable. He said that there can’t be a winner here. There has to be a way that these groups can meet in the middle and both take a hit. I couldn’t agree more. This doesn’t seem like the time where there should be an argument about who gets more or who works less. This is about getting the game of baseball back on its feet and bringing back some sort of normalcy.

Understandably so, there are numerous players that have been vocal about not leaving their families for an extended period of time. You obviously can’t tell a player what to do here, but it does create a conversation surrounding that player’s future as well as the team’s. In my opinion, the players and executives need to take a step back and look at the big picture. If this negotiation doesn’t go down the right way, baseball could be negatively affected in the long-term. If players don’t play this year, there’s no revenue for next year. There’s no revenue for contract renewals, free agency splashes, or ballpark renovations. It would drastically shrink the league and cause legitimate concerns for those who are next in line.

I hope I’m being clear when I say, in this situation, I’m not on anyone’s side. I’m on baseball’s side. The economy is already shrinking, teams are already concerned about their accounting. The last thing anyone who makes decisions should do is tarnish the MLB’s near and far future. I’m almost begging the MLBPA and the suits to compromise. Please, think long-term about the game of baseball. You have an opportunity to lead the pack in returning when it comes to the four major sports. You have the opportunity to get America going again and form a sense of community after we’ve been distant for the past month or so.

As the days go by, we’ll find out more and more what will happen with the MLB. Jesse believes this decision and plan has to be approved by both groups within two weeks, or we need to start talking about not having a season at all. That was even hard to type. Get it together, baseball. It’s time to play.