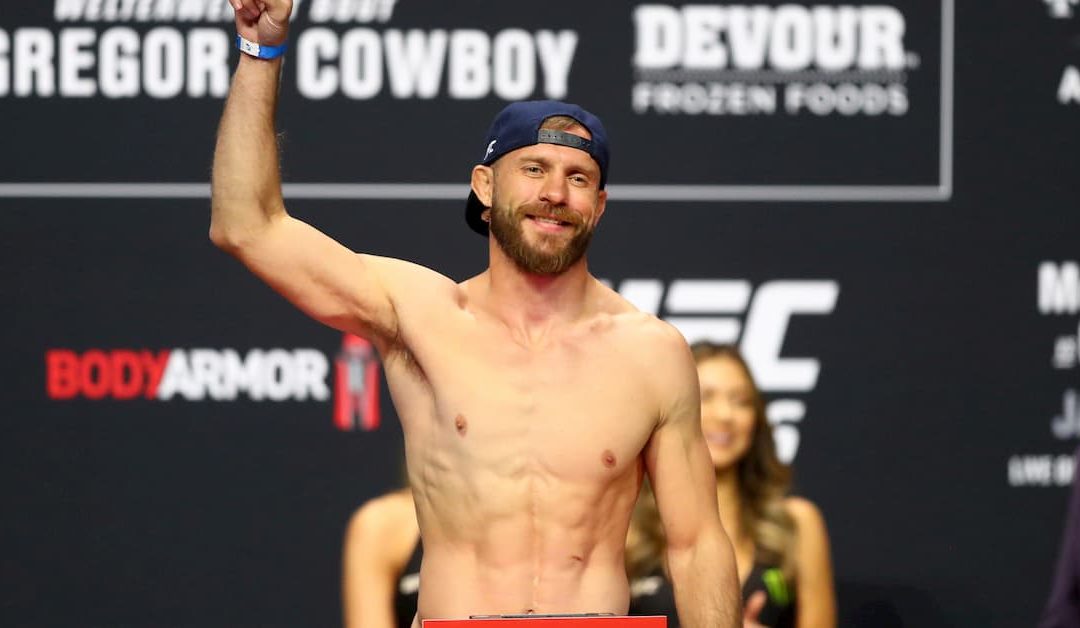 It is fight week! I hope this will not jinx this event from coming to fruition. UFC 249 has created a divide in the MMA world. You have fans and journalists saying that this event taking place in the middle of a pandemic is irresponsible of the UFC. You also have the other side which is to let the fighters who want to fight, fight.

I’m not here to be the morality police, but I will be watching this event, and I’m sure many of the people calling the UFC irresponsible will also tune in. Because why wouldn’t they besides to prove a point to their social media followers.

But let’s forget the outside details surrounding UFC 249, no matter how hard and ridiculous that sounds. This will be the first sporting event that will have athletes competing in the United States since the pandemic started to make heavy news waves mid-March.

I want to begin by saying this card is STACKED! I have thought cards have been stacked before but what this is, is something that redefines what a stacked card is. We may never see so many terrific matchups on the same night again.

Now let’s get into the Prelims.

Okay, I’m breaking my rules here, since this fight is scheduled for the early-prelims. But this fight here goes to show how jam-packed with great fights UFC 249 is. This fight is a sequel of two action fighters. During the first bout, Luque defeated Price via submission. That win launched a 6 fight win streak for Luque that lasted until he lost to Wonderboy Thompson at UFC 244. Niko Price has become a fan favorite for his fast and loose style. He has alternated between wins and losses in his last four bouts, his last fight against James Vick ended when Price gained a KO finish with a thunderous upkick. Price always brings the fight to whoever he is facing, Luque does the same thing even when he was being pieced up by Wonderboy, he did not stop pushing forward.  This fight is one of my favorite fights on the whole card. If this fight wins the Fight of the Night bonus I would not be surprised.

Uriah Hall is on a 2 fight win streak, because of the pandemic he is sleeping in the gym, this is not a figure of speech either, Hall is really sleeping in the gym. Hall who is 35 years old and still seems to be in prime shape is determined to continue his winning streak. His last 4 losses are against Paulo Costa, Gegard Mousasi, Derek Brunson, and Robert Whittaker. Even though they were losses, the experience gained from fighting such high-level opponents has helped. On the side of the octagon, you have Ronaldo “Jacare” Souza who is on a 2 fight losing streak. This is another veteran that has fought elite talent including Kelvin Gastelum, Chris Weidman, and Jan Blachowicz. Whoever loses this fight most likely also loses their last chance to fight for a title. They both need a win to show they belong in the upper echelon of the middleweight division. This fight going the distance is the safe bet.

This is the only woman fight on the whole card. Esparza and Waterson will absolutely represent for all the women division across the UFC. Esparza is currently the #7 ranked strawweight, and she was the inaugural strawweight champion. Esparza is currently on a 2 fight win streak. Her last fight against Alexa Grasso was sensational. It won the Fight of the Night performance bonus. Waterson is coming off a loss against Joanna Jedrzejczyk. The fight was essentially a title eliminator, Waterson lost via unanimous decision. Before that, she was on a 3 fight win streak. I think Waterson still has what it takes to compete for a title she is the #8 ranked strawweight. Whoever wins this bout immediately thrust themselves into the title picture at 115lb.

How often do we see a submission specialist fight in the heavyweight division? This fight was supposed to go down back in 2018 but since Werdum got flagged for an illegal substance by USADA he was suspended for 2 years. Oleinik is coming into this fight just recently submitting Maurice Greene via armbar in January. Oleinik has won by submission 5 times in his last 5 wins. This fight should be very interesting. The edge would have to go to Werdum since his standup game has proven to be more deadly compared to Oleinik in the past. But, Werdum has been out for 2 years, while Oleinik has been rather active in the last 2 years fighting 5 times.

Finally the feature prelim fight. Cowboy vs. Showtime. This fight can easily be the co-main event for the main card. But Uncle Dana gave the world a gift by showing this fight to plenty of unfamiliar MMA fans via ESPN. This will be the second time Cowboy and Showtime are locked inside the octagon together. The first fight ended with a kick to the body delivered by Showtime to Cowboy, it caused Cowboy to turtle up as the fight was called via TKO. Cowboy is on a 3 fight skid against all-world competition (Conor Mcgregor, Justin Gaethje, Tony Ferguson). Showtime is also on a skid himself, losing his last 2. These are 2 of the gamest fighters on the entire UFC roster. We have two legit UFC stars fighting on ESPN for free as long as you have a cable subscription. This fight should all but guarantee a legion of new fans to the sport. Together they have 58 wins, of those 58 wins they have together, 45 come via a finish whether it be knockout, or submission.