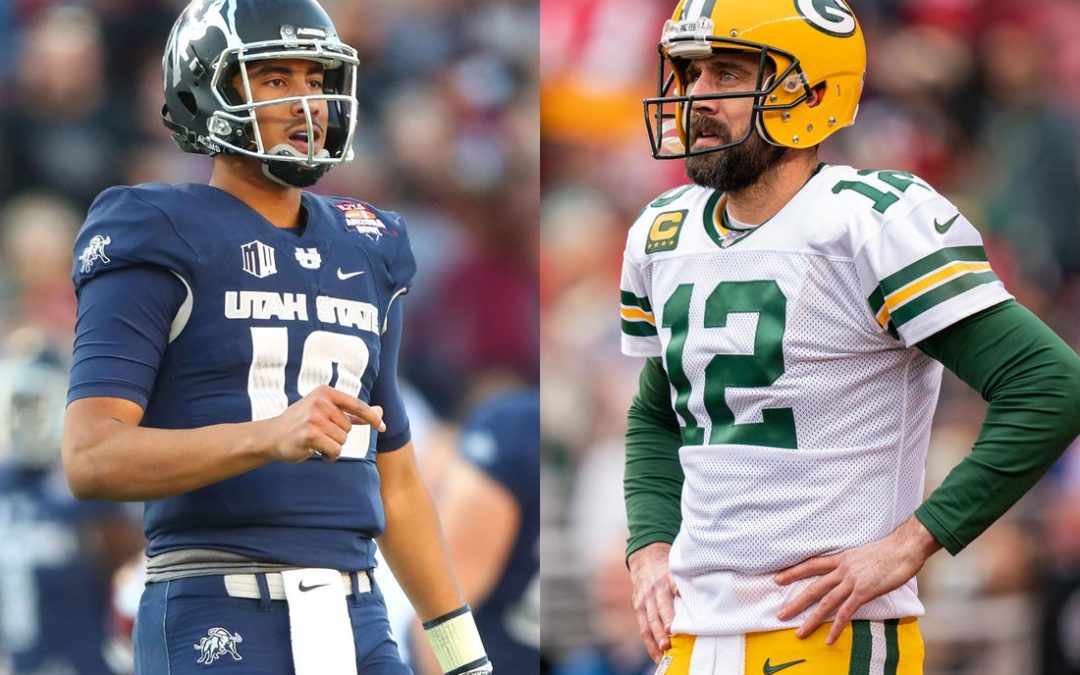 Packers fans have been blessed with having 2 back to back Hall Of Fame franchise quarterbacks. Aaron Rodgers was drafted when Brett Favre was aging and now Rodgers is getting a taste of that. The Packers traded up for the 26th pick in the draft to select Utah State quarterback Jordan Love. Rodgers lead the Packers to the NFC Championship last year so why would the Packers trade up to get draft his successor? Rodgers still has 3 years left on his contract and is still putting up great numbers. More than likely Love will sit for 3 years but what should Rodgers do when his contract expires?

During Rodgers time in Green Bay the franchise has failed to put a good group of receivers around him. To put it in perspective Tom Brady has thrown 105 touchdowns to first round picks. Aaron Rodgers has thrown 1. He has led the Packers to the playoffs 9 times since he took over as a full time starter in 2008. His main receivers during that time have been Jordy Nelson(36th pick), Randall Cobb(64th pick), and Davante Adams(53rd pick). Rodgers has done a great job of working with what he was given. He’s a 2x MVP and has been one of the best quarterbacks in the league for the past decade. With all that being said why does Rodgers now have to worry about being replaced? Unfortunately it happens to every quarterback. Eventually the organization has to do what’s best for their future. With Rodgers window in Green Bay closing it makes us question where he will play next, and I think there are a lot of great suitors.

With the playstyle Rodgers has I think he has 5-7 years of being an elite quarterback. He has 3 years left in Green Bay so what should he do? I think he should stay in Green Bay until his contract expires. You were 1 win away from another Super Bowl appearance and have a lot of the same players coming back. They added Devin Funchess which will give him someone else besides Adams to throw to. He can stay there, get all the money they owe him, and prove to them that they made a mistake. After those 3 years Rodgers will be an unrestricted free agent and will be allowed to go wherever he wants. I think the best opportunities for Rodgers will be to sign with the Steelers, Colts, Patriots, or the New Orleans Saints. Now all of these options obviously depend on what those teams do with their quarterback situation over the coming seasons but they all are in need of a future QB. Big Ben is nearing the end of his time in Pittsburgh and they don’t have his successor. The Colts have Philip Rivers for 2 years but they need someone after him. The Brady era just ended in New England and a Rodgers-Belichick duo could destroy the league. The Saint option would be if the Taysom Hill experiment failed and they don’t keep Jameis Winston. Rodgers will be looking to sign somewhere he can compete for a championship and I think all of those teams will be contenders when he becomes a free agent. Rodgers has a lot of big decisions to make in the near future and I’m excited to see him beat up the Packers in a different uniform.