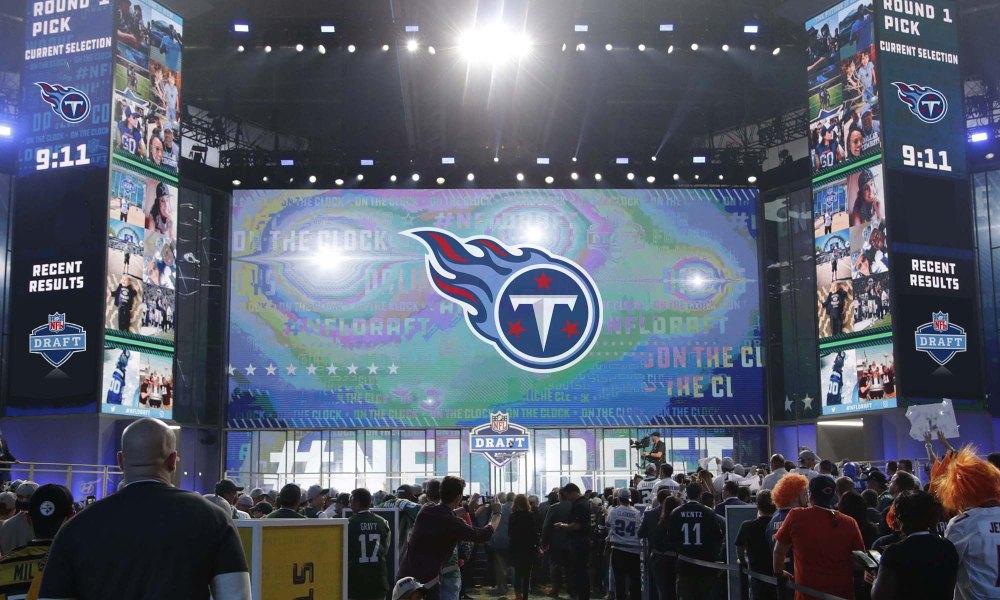 Here’s to my first sports article working with Unwrapped Sports (make sure to give them a follow on twitter @UnwrappedSports). I am excited to write and keep y’all updated with stuff going on in the world of sports to the best of my ability. It’s all about the journey, not the destination so let’s enjoy it together.

With everything going on lately, it is nice to let our minds travel back to the sports world as we all prepare to watch the 2020 NFL draft tonight at 8pm/et., the first virtual draft ever. I have a hunch this will be the most watched draft of all time for obvious reasons. Football is king, and once again found a way to further show how big they are with no other sports happening in the nation on any given night currently. This is going to be a treat and I think we will see some unexpected things happen. Here’s to hoping the stream doesn’t mess up a lot between picks.

Now in this edition, I am going to be discussing what I think the Titans will do in this upcoming draft. After having an unthinkable year last year with so many ups and downs starting out, this is an unusual spot for the Titans as they usually pick within the 16-24 range. With picks 29, 61, 93, 174, 224, 237, and 243 set for the Titans, they should be able to find some quality players in those first four to five rounds. For the first and second rounds I think we can safely rule out QB, TE, ILB, and Safety (I say this and watch Jon Robinson stun us all) With the signing of Tannehill, Jonnu’s emergence from last year, Brown and Evans manning the middle, and Kevin Byard/Kenny Vaccaro back at safety, those positions seem to be pretty much locked in. I could see the Titans taking a backup QB at some point unless they have somebody in their pocket waiting to sign until the draft is over. Any other position though, is up in the air of how the Titans will play it. I know some will say running back as well, but with the need of a RB2 and Henry only being franchised for this year currently, I could see them taking a running back in the second or third round.

However, two of the biggest positions of needs for the Titans in my opinion are cornerback and tackle. You could make a case for wide receiver being second with Corey Davis potentially pending free agency if Titans decide to pass on his 5th year option and the loss of Sharpe, there is a need for a 4th wide receiver this year. With the class being so deep though, I believe you can find that guy in rounds 3 or 4. My reasons for saying cornerback and tackle are obvious, let’s say Titans end up signing Logan Ryan back after the draft, they still need a rookie to get some experience in case Titans don’t pick up Adoree Jackson’s 5th year option or they end up cutting ties with Butler next year with his high cap hit, which I believe is a very realistic scenario. With the league being so pass happy, you can never have enough good corners. Tackle is second on my list because of the big hole left behind by Jack Conklin leaving in free agency to the Browns. I know the Titans signed Dennis Kelly back and I think he is a fine capable starter….but only for 6-8 games a year. He is not a 16 every down starter like Conklin was. Good news for the Titans is there will be plenty of options to pick up a quality tackle even if they wait till round 4.

For tonight at pick #29, I believe Titans will end up trading out of the first round to acquire more draft capital. With them not having a 4th rounder, it makes a lot of sense and a textbook Jon Robinson move. Last Saturday night, our company did a mock draft (if there are as many trades in the actual draft as there were in our mock draft we are in for a very big treat) and I ended up sticking a deal with Monique (@MoniqueYip), who was picking for the Chargers. I gave Chargers pick #29 for picks #43, #99, #110. This is an example trade of what I think the Titans might actually do, now if certain players are still there at pick #29 like CB Diggs for Alabama, then Titans may have no choice than to pick at that spot. I believe they think this draft is so deep though, especially at cornerback, tackle, and wide receiver, which are the three biggest positions of needs that they can wait on that guy by trading out to get more draft picks to further boost the depth on this roster. If you are curious, at pick #43 I ended up taking CB Jaylon Johnson, Utah. He seems to be a perfect fit for the Titans locker room culture and Utah has had a stout defense for the last few years. He has a first round grade in my opinion so I was thrilled he fell to #43.

I know Titans fans won’t be too thrilled to watch all the way to the end just to see their team trade out of the first round, but remember how much depth is required to make long runs throughout the season. You never know when an injury will occur and it’s always nice to have faith in the person behind him to step in and play with no drop off. Acquiring more picks for this draft, for how deep it is, would be a nice step in that direction. I’m sure Jon Robinson has something up his sleeve and I can’t wait to see it.