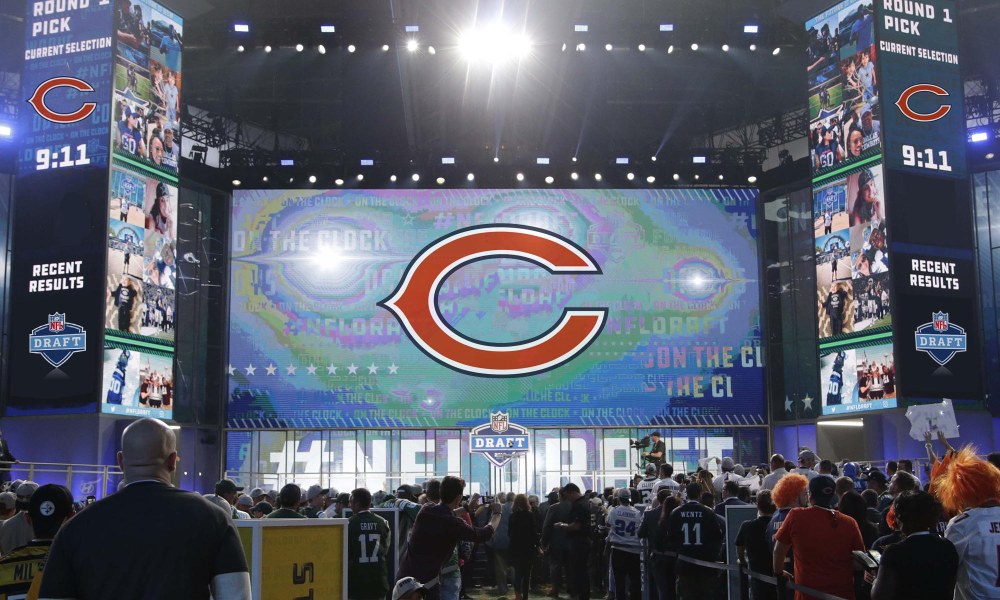 As we approach the 2020 NFL Draft, Chicago Bears fans, like myself, are hoping that General Manager Ryan Pace will give us something to be happy about when the virtual event is over. Looking at Pace’s past draft selections, it can be tough to skew your thoughts toward a good place. There’s no “but” there…it’s just tough. I figured I would list Pace’s second round picks in an attempt to gauge how he selects in said round considering the Bears don’t have a first, third, or fourth pick (sweet, right?) Don’t worry too much, though. The Monster of the Midway has picks in every round in next season’s draft.

Pace began plucking players in 2015, with his first second round selection being Eddie Goldman, a defensive tackle out of Florida State. Now, I won’t go back to any of these players’ college careers, because it’s all about how they play in the NFL…obviously. For Goldman, he came in getting a ton of playing time, and throughout his career, he’s started in 63 of the 67 games he’s played. I’ll be honest, I’m not the best judge when it comes to deep football analytics, but to me, Goldman’s stats aren’t anything to write home about. So take that with a grain of salt and see for yourself Goldman’s career stats.

The 2016 NFL Draft saw Pace select Cody Whitehair, a guard out of Kansas State in the second round. Whitehair came in and immediately started every game he appeared in for the Bears. He’s taken 19 penalties in his career and hasn’t missed a single game. Availability is just as important as ability. An obvious staple on the offensive line, and he’s also been awarded a Pro Bowl appearance as well as being named to the 2016 All-Rookie Team. I personally love what he’s turned into, but I’ll let you judge for yourself by looking at his numbers HERE.

Adam Shaheen, a tight end out of Ashland, was Pace’s 2017 second round selection. If you’re wondering, Ashland is a college in Ohio. A small school selection, I personally wasn’t sure what to think about him. In a possible 48 games, Shaheen has played in 27 and started in 13. At six-foot-six and in the mid-200s, you’d think he’d be the perfect fit, but availability and staying on the field has been an issue. He hasn’t surpassed 250 reception yards in his career, which, to me, is enough to call him a bust. See for yourself HERE.

In 2018, the Bears had a pair of second round picks and used them on James Daniels and Anthony Miller. Daniels, an offensive lineman out of Iowa, didn’t see a lot of start time in his first year, but played in all 16 games. A much different story last season, as he started in every game for the Bears. Another staple and complimentary piece to Whitehair, I have enjoyed Daniels’ play to an extent, but am more interested to see what the next year or so brings. Click HERE for his full stats. As for Miller, a wide receiver from Memphis, he was criticized by many last season for his sloppy route running and inconsistency, but really turned it around toward the end of the year. No one is ready to say he’s a number two receiver, but Miller is a piece that I’ve been tough on because…well he’s a part of what is the Bears offense. See Miller’s career breakdown HERE.

In 2019…we didn’t have any picks in the first or second round. However, we did end up with David Montgomery and Riley Ridley in the third and fourth rounds, respectively. Montgomery has shown he can carry the load in the backfield, and I would love to see Ridley get more opportunities, especially with the lack of depth at the receiver position.

Remember when Pace came in and said he’d be drafting a quarterback every year? Well, he’s only done it once and it was Mitch Trubisky. The former first round pick and the Bears are nearing the end of the rope as far as his fifth year option, which is due May 4th of this year. You would think, that if they wanted to pick up that option, they would have done it already, right? Perhaps he’s trying to package him with next year’s draft assets and bolster this year’s picks. Who knows what Pace and company are up to. Either way, they have their hands full with a defense ready to clamp down in the playoffs and an offense that couldn’t find it’s way out of a paper bag.

We’ll see how things pan out on Friday night, or possibly Thursday if things get wild. From every single Bears fan, please, for the love of all things holy, don’t screw this up.