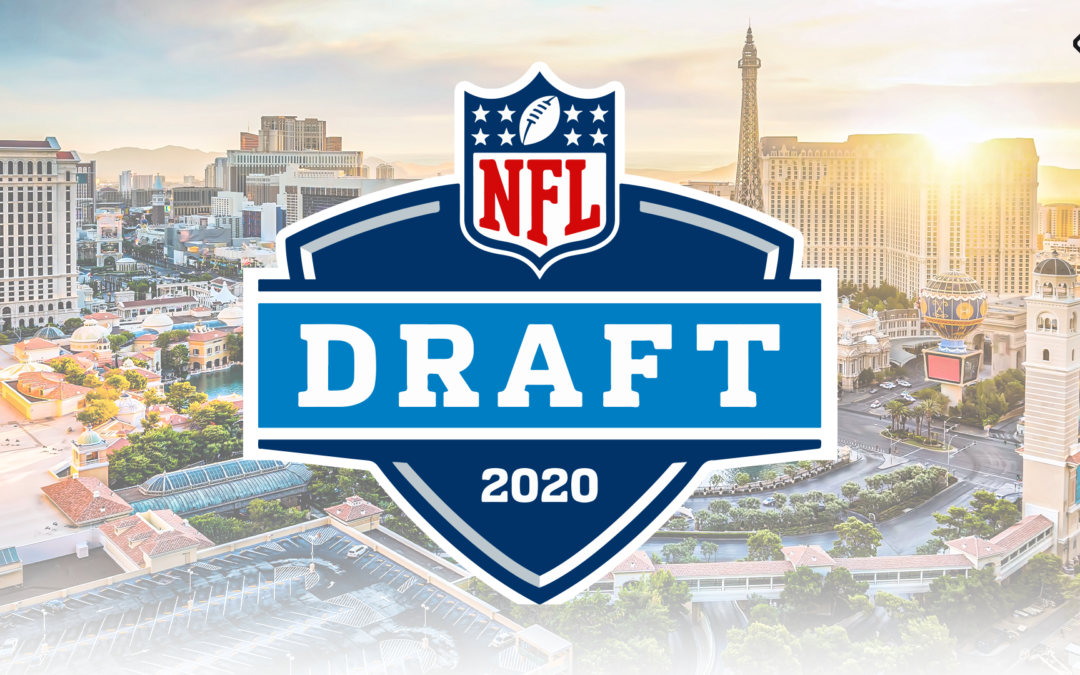 This is my full first round mock draft including trades. Lots of talented players in this draft and hopefully teams take their position of need on draft night.

Burrow had one of the best college seasons of all time and is the unanimous 1st pick. The Bengals probably want to move on from Andy Dalton and if Joe Burrow can sit 1 year and learn from him he may turn into their franchise QB.

Chase Young is the most skilled player in this draft and could be a generational talent. He’ll be heading to a team coached by an amazing defensive coach in Ron Rivera. He has all the tools to be an elite pass rusher and could make the Redskins defense a lot better.

If Tua didn’t have all the injuries he’d be the highest ranked QB in the draft. He has the potential to become a great dual threat QB but needs time to develop. He can sit behind Fitzmagic for 1 year and then take over to help the Dolphins become a playoff team again.

Simmons has the ability to play on all 3 levels on defense. His size and athleticism will give him a lot of opportunities to make big plays. Giants need a lot of help on defense and Simmons will be able to contribute wherever he is needed.

Wirfs had a great season and dominated the combine. If the Lions decide to keep Stafford they have to find a way to keep him off the ground. Wirft has all the tools to become a Pro Bowl tackle and will improve their o line right away.

In my opinion Herbert is the best QB in this draft. His experience and decision making is much better than any QB in this draft. The Chargers have a talented offense and that will make Herbert’s job a lot easier. I think He’ll become a franchise QB for them and get them back to the playoffs.

Panthers need help at every position on defense. They lost a lot this off-season and need to draft smart. Okudah had a great combine and showed he has the ability to be a lockdown corner. He’ll instantly improve the Panthers secondary and will be able to prove himself early.

Raiders need to get Derek Carr some weapons if they want the offense to improve. Jeudy has the size and skill to become a legit #1 target. He will be a tough matchup for corners and give someone for Carr to rely on.

Browns have a great offense but need help on defense. Brown is one of the best prospects in this draft and will be a huge upgrade for the Browns. His physicality and aggressiveness make him a nightmare for offensive lineman.

Jets believe they have their franchise QB in Sam Darnold but he needs more weapons. Lamb has great speed and hands and will be a great receiver for Darnold. Lamb can go up and get jump balls and is a great route runner.

Jaguars said they want to give Gardner Minshew a full year as the starter and if he is to have success he needs to be protected. Wills will be an elite tackle and will improve their o line instantly.

The 49ers are one of the few teams in this draft who are pretty set at almost every position. Jimmy G does need some more targets to help make the offense even tougher to stop. Ruggs has great speed and will give Jimmy another speedy receiver to throw the ball to.

Buccaneers are looking to win it all this year and in order to do that they have to protect Brady. Thomas can come in and play multiple positions on the line and will be a great pass protector for them right away.

The Broncos used to have one of the best secondaries in the league and they need to find their way back there. They have some good young safeties and now will get a great young corner. Henderson has great size and speed and has the potential to become a lockdown corner.

Falcons probably need more help in the secondary but passing on Kinlaw would be a mistake. He’s one of the best prospects in the draft and has a ton of potential. Their d line needs a lot of help and Kinlaw will be able to come in and improve their pass rushing right away.

Gladney is a player who does not get as much respect as corners who played at bigger schools. Gladney made some amazing plays this year and I think with his size and athleticism he’s the 3rd best corner in this draft. The Cowboys lost Byron Jones so they need secondary help and Gladney will improve their secondary right away.

After taking Tua I see the Dolphins instantly getting someone to protect him. Ruiz is a great pass blocker and has the ability to play multiple positions on the line. He’ll get a chance to play this year and get better before Tua takes over.

The Raiders defense needs a lot of help and especially at corner. Terrell faced top level competition this year and held his own. He has great size and technique and will be a great addition to their young defense.

The Jaguars are more than likely going to lose Yanick Ngakoue so they need to bring in someone to take his place. Chaisson played great for LSU and has the potential to become a great pass rusher. He’ll get a chance to start right away and will improve the Jags defense.

Carson Wentz is one of the best receivers in the league and throwing to practice squad receivers late in the season is unacceptable. Higgins can run great routes, has great hands, and can go and get a lot of jump balls. He’ll become one of Wentz’s favorite targets and could become a great #1 receiver.

Unfortunately Tre Waynes hasn’t turned into the corner the Vikings thought he would. Johnson will be able to come in and help improve their already decent secondary. He has great size and speed and will be able to contribute right away.

With the Brady era done, Belichick needs to find his new QB. Love has all the tools to become a franchise QB. With Belichick’s coaching he’ll be able to sit for a year and learn and then come in and get the Patriots back to the playoffs.

It’s a tough call between Murray and Patrick Queen, but I think Murray is the better linebacker. He can play outside or be a good middle linebacker. Saints defense is experienced and bringing in a young guy like Murray will give them a bright future at the linebacker position.

Blacklock might be taken earlier than this but I see him falling to the Vikings. Blacklock can clog up running lanes and will help their pass rush a lot. He can become an elite DT and will make the Vikings defense very tough to play against.

Gross-Matos is one of the best prospects in the draft and will either be taken early or around this pick. He is a great pass rusher which is something the Lions could use. He’ll be able to come in and play a lot and will improve their pass rush right away.

Russell Wilson is in his prime and can get the Seahawks back to the Super Bowl. He needs to be protected and Jackson will be able to improve their line right away. He’s built like the prototypical LT and will be a great pass blocker for the Seahawks.

Ravens are Super Bowl contenders and don’t need a lot of pieces. Queen has a lot of potential and can be a great linebacker for them. Their defense is already very tough to beat and Queen will just add to that.

Logan Ryan played great for the Titans last season but he is no longer on the team and needs to be replaced. Fulton is a NFL ready player and will fill the hole Ryan left right away. The Titans are very well coached so Fulton will have every opportunity to become a great corner.

Aaron Rodgers has kept the Packers as Super Bowl contenders for the past few years and the least the organization can do is get him another weapon. Aiyuk is a great route runner and has good speed. He’ll play alongside Davonte Adams perfectly and will keep the Packers offense elite.

This 49ers offense has a chance to be the best in the league and protecting Jimmy G is necessary for that to happen. Cleveland is a great tackle and will be able to learn from one of the best ever in Joe Staley.

Chiefs are going to be the favorite to win it all and with Pat Mahomes and that elite offense how could they not be. Taylor will give them a legit run game and won’t have to take a heavy workload with how often they throw the ball. He can be one of the best backs in the game and will make this Chiefs offense virtually unstoppable.