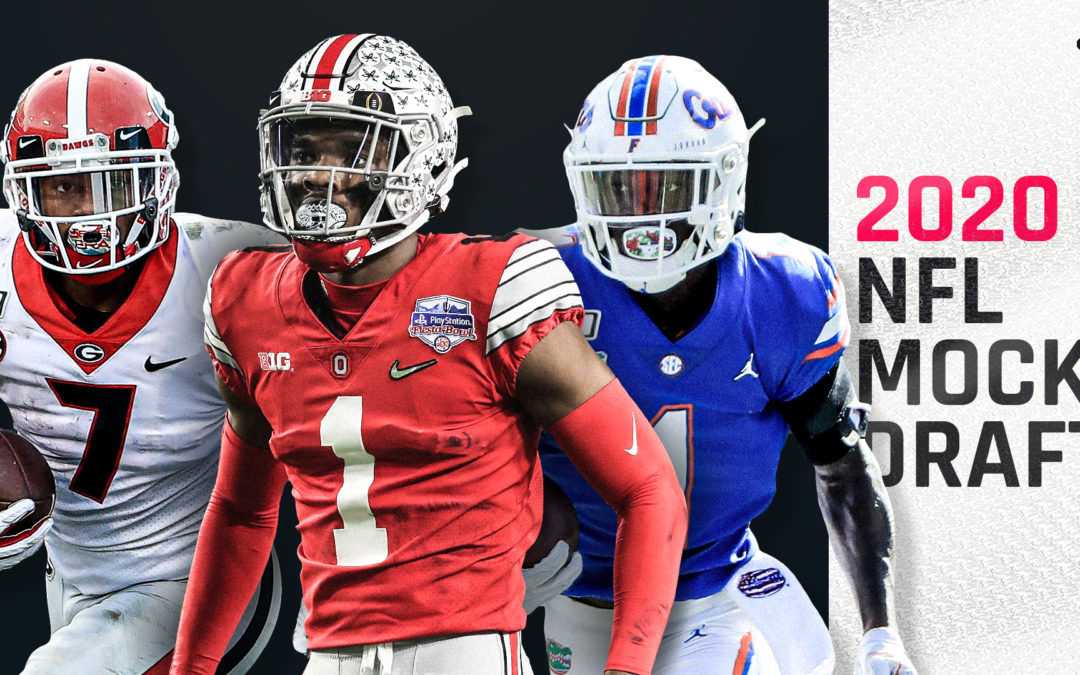 This past Saturday we had our 2nd NFL Mock draft. I teamed up with our own Monique to draft for the Redskins. We tried to make some big time trades with the pick with teams that we’re in need of a Quarterback. Unfortunately we were unable to find a deal that we felt was good enough so we wound up taking the obvious #2 pick Chase Young. The other team I drafted for was the Jets. I wound up turning Jamal Adams into the 11th pick and the 41s pick. I then turned the 11th pick into Keanu Neal, the 27th pick, and the 47th pick. Here are the players I selected and why I took them.

I think in the real draft Jeudy will be off the board by now but having him fall to me at 10 was perfect. I was planning on going receiver either way and getting who I think is the best receiver in the draft was perfect. Sam Darnold can turn into an elite Quarterback but he needs weapons to throw the ball to. Jeudy has all the tools to become the best receiver in the league and is a huge addition to the offense.

Jets need help in the secondary. Not just because I traded away Jamal Adams but because the corners were already their biggest position of need. Diggs has decent size and great athleticism. He’ll get a chance to prove himself right away considering he’d be the best corner on the roster. He can develop into a great starting corner and will help improve the Jets defense right away.

The Jets 2nd most needed position is the offensive line. Darnold has injury history so keeping him protected is necessary if they want to succeed in the future. Jackson played great at USC and I personally have him as one of the best OT in the draft. He’ll get an opportunity to start right away and has all the potential to become a pro bowl left tackle protecting Darnold’s blindside.

In last year’s draft the Jets took DT Quinnen Williams to help their D line. Now they get another young pass rusher to help him out. Weaver had 9+ sacks in 3 different seasons which is something no other pass rusher in this draft can say. His size and play style will translate great and he will make a huge impact right away.

Again protecting Sam Darnold is going to be huge for the Jets moving forward. They also need to create holes for Le’Veon Bell to run through. Biadasz helped make Johnathan Taylor one of the best backs in the draft. He can play multiple positions on the line and is one of the best run blockers in this draft. He’ll be a great piece for the Jets moving forward.

Honestly if the Jets followed after this draft method, I think they’d be much better because of it.