What If the NBA added a 1 on 1 Competition to All-Star Weekend? 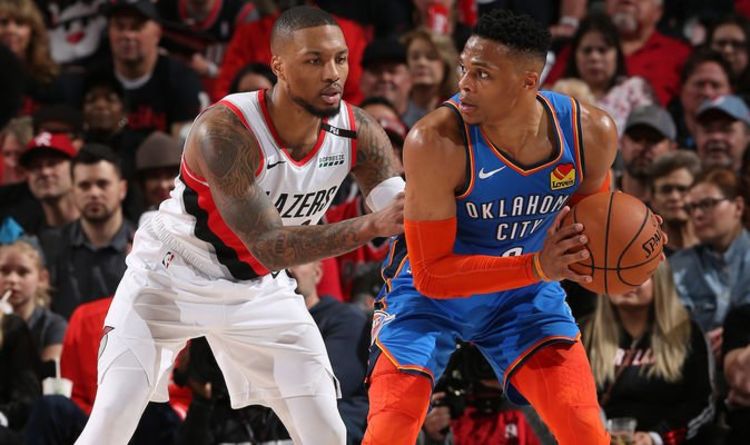 The NBA has talked about different competitions to add to All-Star weekend to make it more entertaining. One of the ideas brought up was a 1 on 1 competition. There are a lot of player rivalries in the NBA so this would definitely make it more intense. Damian Lillard has said that he wants it to be added to the All-Star weekend and I’m sure there are more players who would want to see it. If it were to happen these are the matchups I would love to see.

There are multiple players that Westbrook could play against if it was determined off of history vs players. He could play Pat Bev but that wouldn’t be as entertaining as him playing Lillard. Lillard and Russ talk a lot to each other on the court but have respect for each other. They are both top players at their position and are the ultimate competitors. They would both play hard and it would be a close matchup for 2 players with very different play styles.

The rivalry between LeBron and George goes all the way back to 2012. Now they are both fighting to be the best team in L.A..They are similar in size and are both elite scorers. They both do a lot of their scoring in 1 on 1 situations so this wouldn’t be anything new for them. It would be a very entertaining matchup between two great two-way players.

This matchup isn’t exactly a rivalry but it would be such a good game. Harden is someone who is all about scoring and has so many moves in his bag that you don’t know what will come next. Kawhi is one of the best defenders the league has seen and can clamp up any player in the league. “The Beard” vs “The Klaw” would force both players to play their best to win and seeing Harden 1 on 1 is always entertaining.

This matchup isn’t really a rivalry either but they do have a lot of history with each other. They’ve had some legendary finals games against each other and have countless highlights scoring on each other. They both have the top 2 handles in the league in my opinion and are scoring machines. This game would be great to see and would definitely have a lot of flash to it.

Obviously this would only happen if KD was healthy but this matchup would be very interesting. Both players are close to 7’ft but can play like guards. KD is a much better outside scorer than Giannis but Giannis can also use his muscle to his advantage. This would also give us a chance to see what else Giannis can do considering he scores with such ease in games.

This matchup could have been considered a rivalry. They had a fight during last season and talked a lot of trash after the game. Eventually they both said they have great respect for each other’s game and don’t hate each other. They are both top centers in the league and it’s tough to say who should be considered the better player. It would be a battle down low and outside and would be very fun to see.

Also just want to send my condolences to the Towns family after they lost Jacqueline Cruz-Towns to the coronavirus. My heart goes out to her family as they go through this tough time.