Ranking the Top 5 Scorers in the NBA Right Now 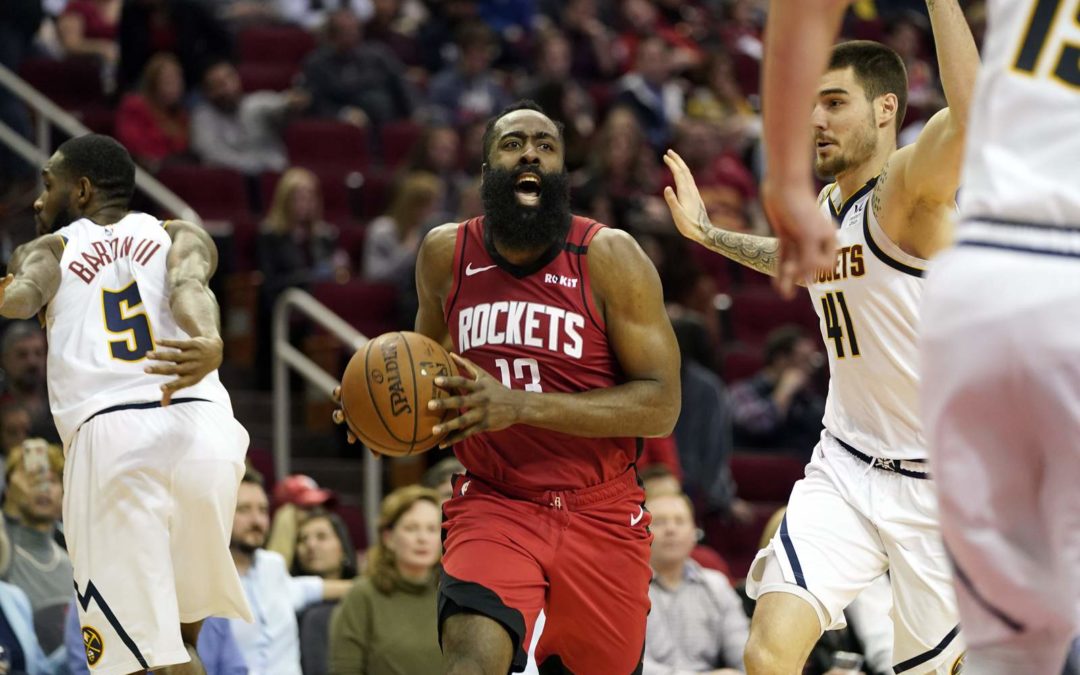 The main thing in the NBA besides winning championships and playing defense is scoring, and in other terms that is getting BUCKETS! There have been many great scorers in the past such as Kobe Bryant, Allen Iverson, Tracy Mcgrady, Michael Jordan and even Gilbert Arenas aka Agent 0. The only man one can remember who confidently would say, I can go toe to toe with Kobe in terms of scoring, but that’s a conversation for another day. Best five scorers in today’s NBA regardless of injuries from bottom to top, let us begin.

At number FIVE, arguably the greatest to ever lace them up, Lebron James. Lebron is not higher on this list because he is not a better shooter than the other four that will be mentioned, but that is my opinion and would love to hear everyone else’s top 5 on social media. LeBron has gotten better in terms of shooting, but besides that, he is probably the best on the inside when it comes to posting people up and from the inside of 0-3 feet, Lebron is 2nd on this list with a 72%. Lebron thrives off his inside game. He does not have the best handles, but he arguably has the highest IQ ever and knows how to maneuver his body to get BUCKETS and being efficient is key and Lebron knows what that means shooting 50% from the field this season. Another stat for Lebron heads out there, he is shooting 42% from the corner 3 this season which is impressive knowing how much he has improved not having that great of a shot in his earlier years.

At number FOUR, a lot of people might not want to hear how low he is but it is Kyrie Irving. The other three on this list, I firmly believe are the three best scorers in the game, so hear me out. Kyrie is a modern Allen Iverson, a lesser version though. The handles are there, you want Kyrie to go at anyone on any team? He will do that for you. Shooting a career high 20 times a game and truly being alone on a Nets team while KD is recovering, he was averaging a career high as well 27ppg. At that rate, if KD were never to come back and Kyrie was the lone star on the nets, he would put up numbers like that the rest of his career. Remember, Kyrie had a phenomenal supporting cast in Boston, so he did not have to take such a heavy load. Some might not like him for his splenetic personality, always calling teammates out and airing problems out, but it is just him. He is one of the best 3pt shooters out there as well, attempting seven a game which is also a career high  and hitting 39% of them. Per 36 minutes, Kyrie was doing an extraordinary 30ppg, In only 20 games played this year, Kyrie was going to have his best scoring year and on the way to having one of the best scoring years for a point guard.

At number THREE, this man does not get talked about as a lot of players don’t because of their location. This man would be a 3-4x all star in the Eastern Conference, you can argue with all the injuries this year that he is a top two scorer and that is Mr. Devin Booker! It is time he gets some respect. The people that bash him because the Suns do not win any games are the same people that praise Trae Young even though the Hawks only had 20 wins before the season got suspended. No disrespect to Trae because he will be one of the great scorers when he is finished. There is a reason the Suns were quick to offer him a max contract after his second season in the NBA. To remind you, he is the youngest player in NBA history (20 years old) to score not only 60, but 70 points (same game) vs the Boston Celtics at age. He is only one of six players to score 70 or more with names such as David Robinson and the late, great Kobe Bryant. In the past four years, he is averaging 25ppg and is only 23 years old!

At number TWO, and this really will rub people the wrong way, it is James Harden. He is doing things that have not been done since Kobe went on a tear of 40 and 50 point games over and over, but for me, the efficiency is not there. Yes, James Harden the past three years has done 30, 36 and now 34 this season, but he is doing it on 44% from the field as where my number one scorer is doing it on 48% from the field. I will not spend this time ridiculing Harden because he is a top six scorer ever, but efficiency is big for me. Besides that, he will make your best defender look like they are back in Jordan camp, learning how to play defense and his biggest asset is getting to the free throw line. Harden is attempting an average of a league high 12 free throws a game and he gets to the stripe with so much ease like it is to Bill Russell winning rings.

At number ONE, I think the 2nd greatest scorer in NBA history right behind Michael Jordan, and that is Kevin Durant. I have him at number one because of size, efficiency and there has never been a player at 6’10, 6’11 or however you wanna look at it that can move and shoot like him. He has shot over 50% from the field seven times in his career and shot 52% from the field his last full season. Say what you want about KD, but your favorite player cannot do what he does. At age 21, he averaged 30ppg for a season and took home the scoring title (4 overall). KD has never averaged under 25ppg besides his rookie season and not being with the Warriors anymore, his averages will go back up to around 27-30 a game. A career 27ppg scorer, I like KD to become the overall points leader in NBA history a couple of years after Lebron James takes it from Kareem.

Don’t be mad if your favorite scorer did not make the list. At the end of the day, a lot of players put the ball in the basket and well, but these five are the best in the NBA right now in more than one way at getting BUCKETS!