The Sports Games That Hooked Me, and Still Make Me Angry to This Day 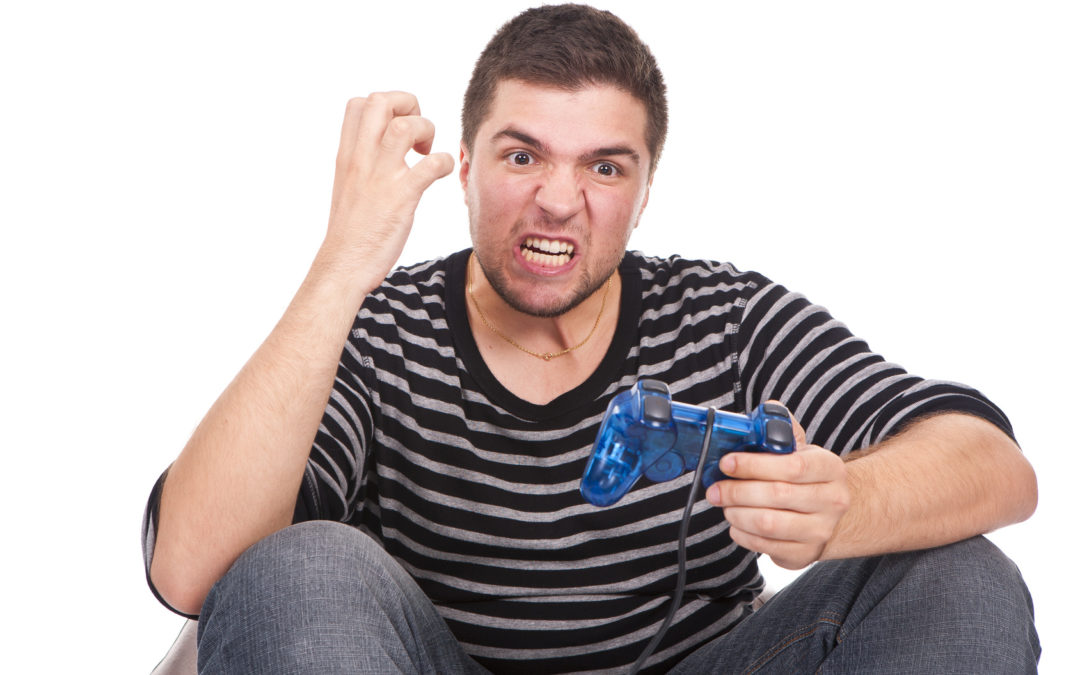 This quarantine has sparked many unique entertainment ideas for just about everyone. One of those ideas was to put on a players’ tournament in the newest sports video games and broadcast them on streaming platforms. Just like many of you, I’ve been suffering from “quarantine brain”, so this made my mind spiral all the way back to the mid-to-late nineties and what games got me hooked. I streamed about this specific topic on SportsCastr the other day, but figured it may be helpful to list them out and supply videos of gameplay. Below, you’ll find said games in no particular order or ranking.

NBA Jam – SEGA: Yes, SEGA, the ones where you had to blow out the cartridges in order to make the games work sometimes. My older brother and I played this two-on-two basketball simulation on a 19-inch bulky television with the dials on it. I just remember always wanting to be the Chicago Bulls, but regardless never beating my brother. Iconic phrases like, “Boom shaka-laka” and “he’s heating up” stuck with me from the jump. Enjoy this now cringe-worthy gameplay.

Super Tecmo Baseball – SEGA: Ah, another cartridge game. Let me start off by stating a fact: The revolutionary camera angle in MLB The Show’s “Road to The Show”, you know, the third-person fielder view? Yeah, that is the default angle in this game. The memorable chimes in this game at the start menu and when you hit a home run were what we lived for back then. No player profiles to sort through, no names or numbers on jerseys, just a bunch of generic-looking uniforms and a golfball-like baseball. There isn’t much else to say about this game other than Kirby Puckett was impossible to get out. Enjoy this non-commentated (because that’s just how it was back then) gameplay.

NFL Blitz 2000 – PlayStation: No, I didn’t forget the number after the console. This was the only PlayStation there was. A very plastic, cheap-feeling console that would overheat if you played it too long. This is when games still came in CD-like cases with the plastic that was nearly impossible to get off. Another wildly simple game that had commentating sprinkled in here and there. No, this was not like Madden. Late hits were allowed, there was dancing after the whistles, and you could turn off “offsides” and just hold down on the controller so when the ball was snapped you were basically behind the line already. From the explanation, this game was obviously more of an arcade-type football simulation. Flames came out of the ball. You could play with small guys or big heads with cheat codes…remember those? Need I say more? Enjoy the gameplay below.

Triple Play Baseball – PlayStation: This was a pretty big leap for my video game experience. The two-man broadcast crew, authentic stadiums and uniforms as well as the accurate rosters made this feel like the real thing. Terrible graphics, of course, and not-so-realistic sound effects were quickly ignored. Playing as my favorite players was such a thrill. If I’m not mistaken, you couldn’t play night games in this. Correct me if I’m wrong on that, but I don’t remember that feature. The ability to absolutely blast a home run that sounded like an explosion was the highlight of the game. I’m not sure if I would mind playing this one again. Gameplay below.

NHL 94 – SEGA: I saved this one for last because I like to front-load my articles. I know you all don’t want to scroll through until you get to the “good part”, so I try to give that to you first. But seriously, this is the first hockey game I remember playing until the mid 2000’s games. Awful graphics for obvious reasons, and the nearly impossible task of scoring a goal didn’t make this very enjoyable. I just know that when the Chicago Blackhawks were on TV, I wanted to fire this bad boy up and play some puck. See the 25-year-old gameplay below.

That concludes the five video games that sucked me into the realm of endless rage that comes with E-Sports. I love the games that exist today and their realistic and quite frankly, mind-blowing features, but it was sort of nostalgic to look back at all of these vintage games. Tweet me what games you got started out on. I’d love to hear what your experience was like.

Josh Barlog is a Contributor for the Unwrapped Sports Network. Follow him on Twitter and SportsCastr using the links above.