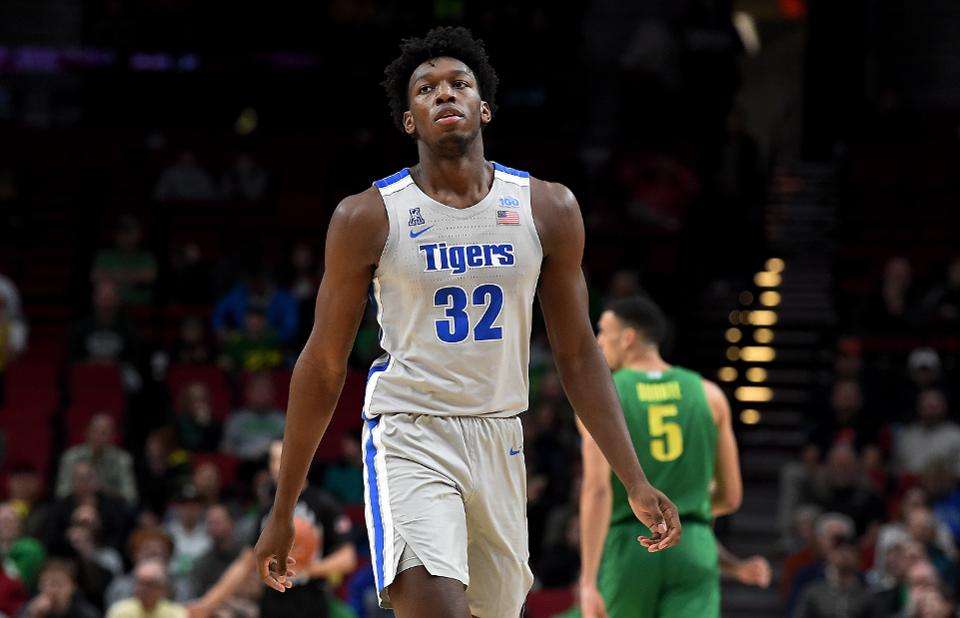 With basketball being gone for what feels like years, I’m going to give you my probably very inaccurate top 5 picks in the draft. I’m going to go off of record to determine the order of the picks considering the Lottery is still a while away. Here are my Top 5 Picks in the 2020 NBA Draft.

Wiseman is a perfect fit for the Warriors. Bringing Steph and Klay back to the lineup with newly acquired Andrew Wiggins, Draymond Green, and 7’1 Wiseman will put the Warriors back in the playoffs. Wiseman has the ability to stretch the floor and be dominant down low. He’ll be a great piece for the Warriors in the future and will have an impact from the start.

The Cavs are in an obvious rebuild mode. It seems that every time LeBron leaves the team is back in the lottery, but Edwards may be able to turn the team around. At Georgia Edwards showed the ability to create his own shot, make tough contested shots, and shoot from deep efficiently. Pairing Edwards alongside Collin Sexton and Darius Garland will give Cavs fans a lot to look forward to in the future.

The Timberwolves already have a great guard in D’Angelo Russell but adding LaMelo will make the Timberwolves a tough team to stop. Having two great playmakers on the outside in Dlo and LaMelo will open up a lot of opportunities for Karl-Anthony Towns to score. Dlo can play off the ball and still have success. If they allow LaMelo to run point and create on offense, he can develop into the perfect player to build a big 3 for the Timberwolves.

The Hawks took 2 guards last year and they played well their rookie year. Adding Obi to their already young core will give them a great future. Having Trae Young, Cam Reddish, Deandre Hunter, John Collins, and newly acquired Clint Capela, Obi will be able to come in and help the young Hawks find their way. Obi is a great scorer as a power forward and can be a great role player for them right away.

The Hawks need help at all 5 positions. They have Sekou Doumbouya who they drafted last season but they need more. Cole Anthony is a perfect fit for the Pistons. He’s not afraid to make his presence known and is a lethal scorer from all spots on the floor. He makes great decisions on offense and gets his teammates involved. He went down with an injury just before the NCAA canceled the season. He’ll have time to recover and I think if he lands in Detroit he’ll be able to help out that team a lot.