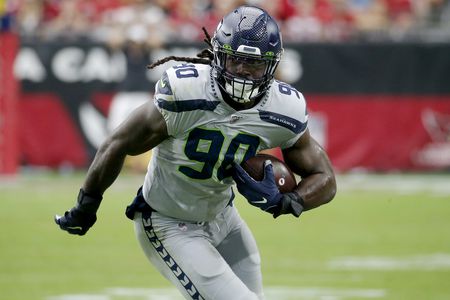 With the draft getting closer teams are looking at the positions they really need. Even if they don’t fill their positional needs there are still some very good free agents still available, here are my top 5.

Eric Reid performed well last season. He finished with 130 combined tackles and 4 sacks. He set Panthers franchise records for most sacks and tackles in a season by a safety. Reid is only 28 and still has a few years where he can still play at a high level. Reid can be a great option for teams struggling at the safety position.

Griffin has been one of the Vikings best pass rushers and run stoppers for the past 10 years but he opted to test free agency this year. Griffin has yet to find a home but I don’t see the season starting without him on a roster. Griffin had 8.0 sacks in 15 games played last season so he can still get to the quarterback even though he’s 31. Griffin could be a nice vet and leader for a team looking to boost their pass rushers.

Not too long ago Cam was an MVP and was considered one of the best quarterbacks in the league. A few injuries and losing seasons later and he’s a free agent. Without knowing how healthy Cam is, teams are hesitant to sign him. The Patriots and Chargers are two teams who could use an upgrade at the quarterback position and they could possibly sign Newton once they find out how healthy he is. Newton has a chip on his shoulder now and is looking to prove he is still an elite quarterback wherever he lands.

Ryan is coming off one of the best seasons of his career. He had 4 interceptions and 4 forced fumbles being a part of that great Titans defense. He also had 113 tackles and 4.5 sacks so he is willing to come up and make plays around the line of scrimmage. Ryan is 29 and can still be a great starting corner for teams. He’ll be an immediate upgrade for whatever teams try to sign him.

It’s not often that #1 overall picks who are still young are sitting in free agency this late, but here we are. Clowney hasn’t become the beast people thought he would become but he did put together a couple solid seasons with the Texans before being traded to Seattle. Clowney is 27 and still has time to tap in to the potential he has. Clowney wants star player money which may be a reason why he hasn’t found a home yet. If he decides he is okay with not getting paid that much then there will be a lot of teams trying to sign him.