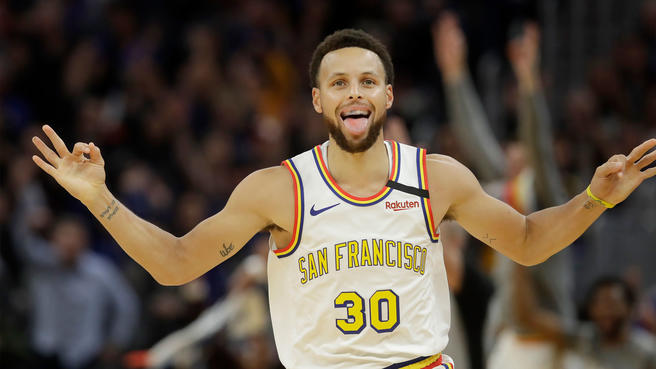 When it comes to the best point guards ever, it is Magic Johnson, John Stockton, Isaiah Thomas (Pistons IT) and one Stephen Curry. All of these greats have made an impact on the game of basketball, but one can argue that Steph Curry has made the biggest impact, and is on his way to become the greatest point guard of all time. Yes, even better and more impactful than the great Magic.

Stephen Curry put the basketball world on notice when he took his alma mater, Davidson to the elite eight on averages of 28.6ppg, 5.6apg, 4.4rpg with percentages of 87% FT, 41% from the three point line and 46% FG. Curry had made his mark and let the world know that he was on his way. Fast forward to the start of his NBA career and you saw flashes, but his ankles were hindering him from what he can become. He was on and off with injuries and ended up playing only 26 games in the 2011-2012 season. That was the last season we knew him as Stephen Curry and he became the Baby-Face Assassin from the next season on. In the 2012-2013 season, the sixth seed Warriors took out the third seed nuggets in six games and eventually lost to the runner up, dynasty San Antonio Spurs in six in the Wester Conference Semifinals. Steph put up a game high 41 points in game 1 vs the spurs and each game was a battle, averaging 22.5ppg on 40% from the field and 35% from the three point land. Those averages are not that flashy for what he does now, but at age 24 to do that against Pop, Timmy and the rest of that fabulous organization, everyone knew, this kid from Akron, Ohio was making his presence felt.

We move on to the 2013-2014 season where the man now known as Steph let the world know he had officially arrived, and what better place to do it than Madison Square Garden against my New York Knicks. February 27th, 2013 is the exact date that the Warriors went to battle with Carmelo and the Knicks. Truth be told, Steph and Melo went at it but the 25 year old outplayed the bull (35 points, 8 assist, 1 rebound) which is Melo by putting up 54 points, 7 assist and 6 rebounds. Steph did that on 64% shooting (18-28) and hitting 11 out of 13 three pointers and going perfect from the line, hitting all his free throws. The world officially knew now that this MAN was going to be a problem for years to come. Little did we know, it was only going to get better.

How has he impacted the game and changed the game? No one was shooting 30-35 feet 3 pointers until Steph started doing it. One can say, you have to be out of your mind to shoot it from that far, but for Steph, it is clockwork. The farthest the three point line goes is 23ft and 9 inches just to put it in perspective. All the great NBA players that shoot from 30+ feet, thank Steph Curry. Why do we see players like Trae Young emulate their game and let it fly from 30+ feet and make it look easy? Thank Steph Curry. Thank the Baby-Face Assassin.