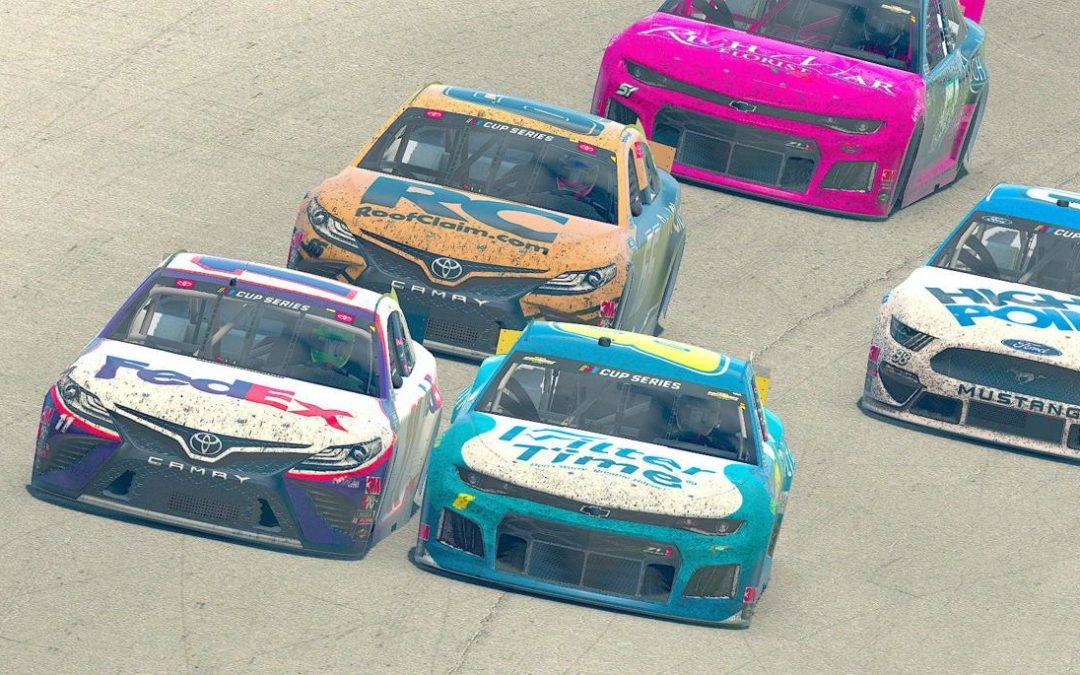 NASCAR, may have postponed their season until Martinsville, but that did not stop them from doing some virtual racing at Homestead Miami Speedway.

Yes, you heard right, virtual racing.  What they were racing on was a simulation called IRacing.  IRacing is not your ordinary NASCAR video game. You have to shift, break and floor with real pedals, and turn while your body is shaking.

William Byron started out his career actually in IRacing in 2006.  11 years later, the Charlotte native won the 2017 Xfinity series championship.  Byron has 298 top tens and 100 wins in IRacing.

Last Sunday’s race had everything you wanted to see in a real NASCAR race.  Drivers from the Cup, Xfinity and even retired drivers like Hall of Famer Bobby Labonte and Dale Earnhardt Jr competed to see who would get bragging rights.

There were a lot of cautions during the first half of the race.  Specifically, the biggest was when seven time champion Jimmie Johnson though that the caution came out and slowed down.  Little did he know that he was the caution. He slowed right in the middle of the racetrack causing a big pile up.

The best parts of the race was Twitter and the broadcast in general.  Mike Joy and Jeff Gordon called into different drivers, the best being Clint Bowyer who escaped a wreck thanks to Jeff being his pretend spotter, Alex Bowman’s dog Finn taking over while he had to use the bathroom, and Ryan Blaney being Chase Elliott’s crew chief.  The race at one point was number one trending on Twitter.

In the closing laps, it was a battle between Dale Earnhardt Jr in the 8 Filter Time Chevrolet Camaro and Denny Hamlin in the 11 FedEx Express Toyota Camry.  Both touched and Hamlin beat Junior to win the race. Hamlin ended up donating a total of $6,400 to help Miami families affected by the virus.

Because of the success that this race had, NASCAR announced that the next race at Texas will be broadcasted on the regular Fox channel, FS1 and the Fox Sports app.