Who’s the Favorite to Win the New Look NFC South? 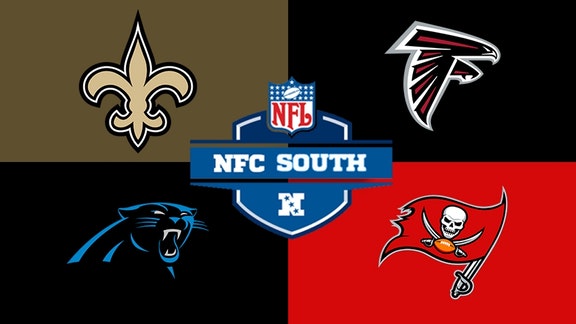 There have been a lot of new changes to NFC South teams. The greatest quarterback of all time is in Tampa Bay, the 2017 Offensive Player of the Year is in Atlanta, the Saints got one of the best safeties in the game, and the Panthers have a whole new staff and quarterback. With all the new changes the competition in this division is tough. There’s a lot of star power but putting it all together is the hard part. Here is how I would rank these four teams.

As a Panthers fan this is tough for me to say but they are currently the worst team in the Division. We may have signed Teddy Bridgewater and brought in an offensive coordinator who helped Joe Burrow get a Heisman but there are still a lot of problems with this team. The loss of Luke Kuechly makes the defense significantly worse. Losing James Bradberry to free agency and cutting Eric Reid (who set 2 franchise records last season) make our secondary one of the worst in the league. The good thing about the Panthers is that they still have the most versatile running back in the league in Christian McCaffrey, DJ Moore looks to be a star in the making, and the addition of Robby Anderson could make this one of the best WR groups the Panthers have had in a long time. If Teddy Bridgewater can be a productive quarterback we do have a chance to win some games. If we can add some depth through the draft then that could help fill some holes on defense.

Tom Brady is the greatest quarterback of all time but I think the move to Tampa is questionable. He is 42 and has never played anywhere else besides New England. Tampa finished 7-9 last season so it’s not like they were awful but they aren’t contenders. Their defense has aged a lot over the years and they have lost key players in the past. Their offense has a lot of weapons in Mike Evans, Chris Godwin, and O.J. Howard so the offense will be very productive. Even with a productive offense you need a good defense to win this division. When you have to play Drew Brees and Julio Jones two times each a season you can’t have a weak defense and win those games. Tom is the G.O.A.T. so he may be able to win them some more games but I do not see them being a playoff team.

The Falcons haven’t been the same since their Super Bowl meltdown in 2017. They still have Julio Jones and Matt Ryan on offense and now they add Todd Gurley to the mix they may be able to turn things around. The Falcons finished 7-9 but have made a couple good signings this offseason. Adding Gurley to the offense will give them a much improved running game and adding Dante Fowler to the defense will be a nice replacement for Vic Beasley. This offense can light teams up and if the defense can improve a little bit from last season this team can be dangerous.

This Saints team has been a Super Bowl contender for the past 3 years and I think this season will be their best shot. Drew Brees will be back fully healthy and ready to get back to the playoffs. Michael Thomas just had the best season of his career. They’ve added Malcom Jenkins to add to the already good secondary. They got Brees another weapon in Emmanuel Sanders. I think it’s safe to say that the Saints should be the favorite to win the division. They have won it the past 3 seasons and I don’t see that changing this season.