Can Teddy Bridgewater Lead the Panthers Back to the Playoffs? 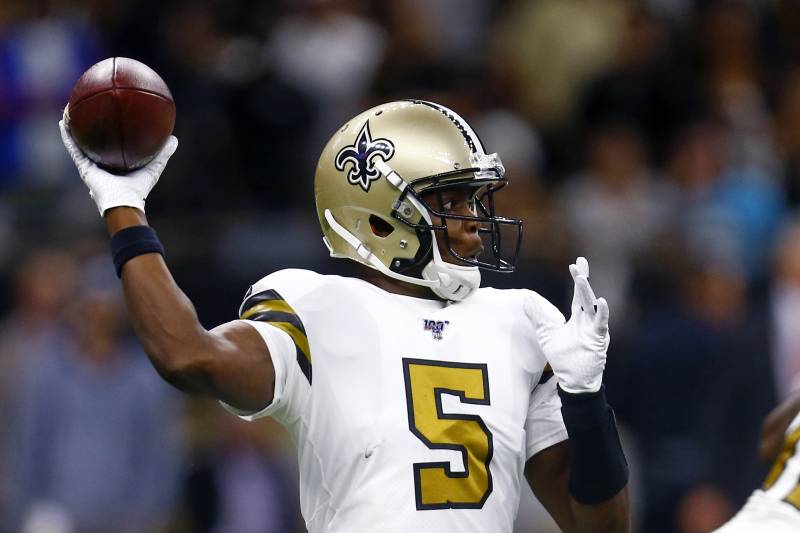 In 2015, Bridgewater started all 16 games for the Minnesota Vikings and threw for 3,231 yards, 14 touchdowns, and 9 interceptions. It was a solid season and Bridgewater was looking to improve in 2016, but unfortunately he tore his ACL during practice in August. Bridgewater missed all of 2016 and 2017 and then signed with the Jets, but was traded to the Saints months later. Bridgewater had been Drew Brees’ backup ever since. Brees went down with an injury in September and that gave Bridgewater an opportunity to prove himself.

In 5 games as a starter, Bridgewater threw for 1,384 yards and 9 touchdowns. Bridgewater proved he is still a quarterback a team can build around. Bridgewater will get his opportunity this season with the Panthers. The Panthers have a lot of young talent on the outside and an MVP-caliber running back who can help control the game with Bridgewater. The Panthers still have more moves to make this offseason, but picking up Bridgewater is a great move.

Cam Newton is still a starting caliber quarterback and will be a starter wherever he lands this season. The Panthers feel he has done all he can for the franchise and that Bridgewater is the way to go for the future. It will be tough to fill Newton’s shoes, but Bridgewater is ready to prove himself. The Panthers can still sign more free agents and also have the 7th pick in the draft this season. The losses of Kuechly and Bradberry hurts the defense, but there are some young players ready to step up. The offense has a new play caller in Joe Brady and hopefully he can help Bridgewater lead this team back to the playoffs.