Where Will Demar Derozan Go? 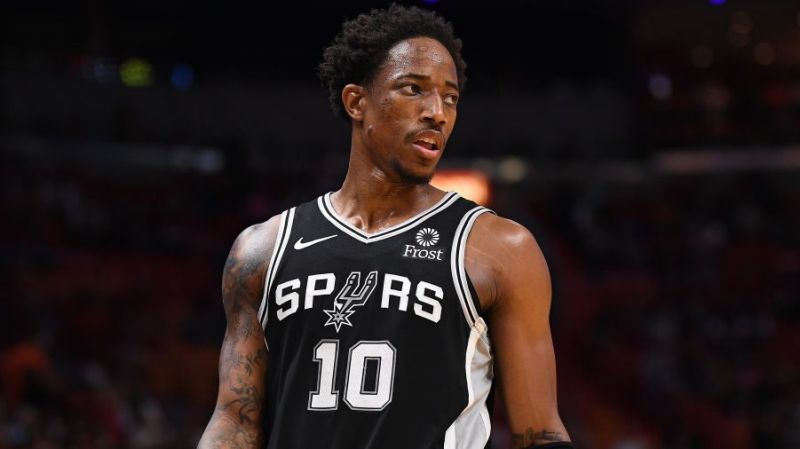 DeMar DeRozan was the heart and soul of the Toronto Raptors team, but business is business. During the summer of 2018 DeRozan was traded to the San Antonio Spurs in a package deal for Kawhi Leonard. Kawhi is a superstar so it is tough to turn down an opportunity to bring him on your team even if it means trading the face of your franchise. The Spurs didn’t just give away Leonard, they brought in a veteran hungry to prove he can lead a team and is still a star in this league.

In his first season with the Spurs DeRozan averaged 21 ppg 6 rpg and 6 apg. DeRozan is known for his inside scoring and rarely ever shooting from 3. DeRozan averaged just 0.6 3 point attempts per game last season. In a league all about shooting 3s it’s impressive that he was able to put up the numbers he did without shooting from the outside. The Spurs finished as the 7th seed in a tough Western Conference. In the first round series against a deep Denver Nuggets team the Spurs put up a fight. They took the Nuggets to 7 games but eventually lost in that game 7. DeRozan averaged 22 ppg that series and wasn’t satisfied.

Coming into this season the Spurs were looking to have a big season. Dejonte Murray was coming back from injury 2nd year player Lonnie Walker was ready to prove himself. Unfortunately the season did not go how they wanted. The Spurs were fighting all season for the 8th seed and when the season abruptly ended they finished with a record of 27-36 as the 12th seed in the West. DeRozan was averaging 22 ppg this season and wasn’t happy with the teams lack of success. Recently DeRozan has said that he plans on declining his player option and plans on becoming a free agent this offseason. So what jersey will DeMar be playing in next season?

DeMar is 30 years old and is slowly exiting his prime but can still be a valuable player to contending teams. Teams would still have to offer DeMar a larger contract but it could be worth it. DeMar could be a mentor for younger players and could also be one of the best players on the court. Teams like the Mavericks and the Kings could use his leadership and scoring ability. I don’t think DeMar would sign with a team that doesn’t have a playoff caliber roster because at this point in his career I would think he would want to try and make his first finals appearance and give himself a shot at getting his first ring. There are many contenders who could use a player like DeRozan and I think teams are going to be fighting over who gets the veteran inside scorer on their team.