Who Will Be the 3rd Quarterback Taken in the NFL Draft? 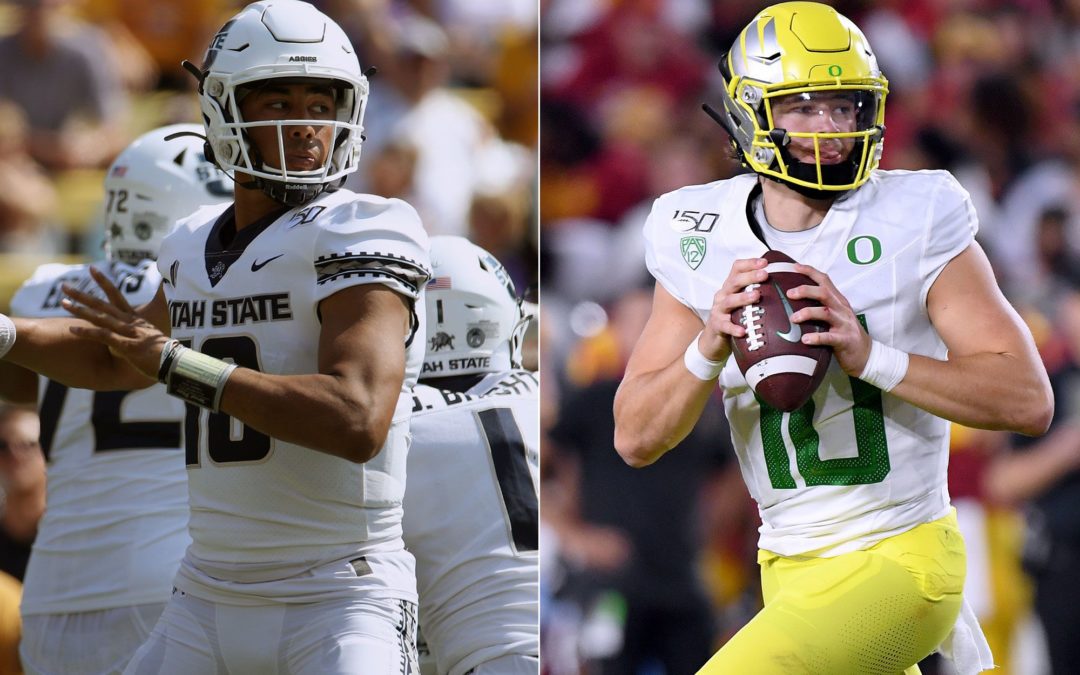 With Joe Burrow having one of the best college football seasons of all time, and Tua Tagovailoa being one of the best quarterbacks in college the past three seasons, there is almost no chance any other quarterback gets taken over them. If a team in need of a quarterback doesn’t luck out and get either of the former Heisman winners, there are still some very good prospects available. Jordan Love and Justin Herbert’s names have been mentioned together a lot as the draft gets closer. Both players had very impressive college careers and both look like they have the ability to produce at the next level the question is, who do you take first?

Jordan Love started at quarterback for 2 ½ seasons at Utah State. In those 3 seasons he threw for 8,600 yards, 60 touchdowns, 29 interceptions and led the Aggies to a bowl game this past season. Love has a very athletic build standing at 6’4” and weighs 225 pounds. Love doesn’t use that athletic build to run down the field, but he uses it to move around in the pocket. Love has great pocket presence and has the ability to throw on the run. Love also has a strong arm and is not afraid to use it. He loved throwing the ball deep and fitting it into tight windows at Utah State, which is the opposite of what Justin Herbert did at Oregon.

Justin Herbert started 14 games in his first 2 seasons at Oregon and was the full time starter the past 2 seasons. In those 4 seasons Herbert threw for 10,541 yards, 95 touchdowns and 23 interceptions. Herbert is built like the typical pocket passer standing at 6’6” and weighing 237 pounds. Herbert is great in the pocket and improved every season at Oregon. Oregon’s offense was designed for short throws and screens to move the ball down the field. Herbert thrived in this offense and led them to a Bowl Game win this past season. Herbert may not throw the ball deep as often as Love but he can when he needs to.Herbert and Love have different play styles so it’s tough to judge them by just looking at stats.

Both players had success in college and dominated their competition most of the time. When deciding who to take first in the draft I think it all comes down to team fit. The Los Angeles Chargers have the 6th pick in the draft and should take Herbert. Herbert fits that offense well and has a lot of the same skills as Phillip Rivers. The Chargers have a great receiving core and they could help Herbert out a lot in his first few seasons. The Tampa Bay Buccaneers have the 14th pick in the draft and should use that pick on Love. Tampa Bay let Jameis Winston throw the ball a lot this past season. A lot of that is due to Head Coach Bruce Arians and the offense he ran last season. Love has a strong arm and can handle throwing 40+ passes a game. I’m not saying that Herbert is better than Love. If the Buccaneers had the 6th pick I would still have them taking Love. It all comes down to team fit and I think these are the best destinations for the young Quarterbacks to find success.