How Good Can Trae Young and the Hawks Young Core Become? 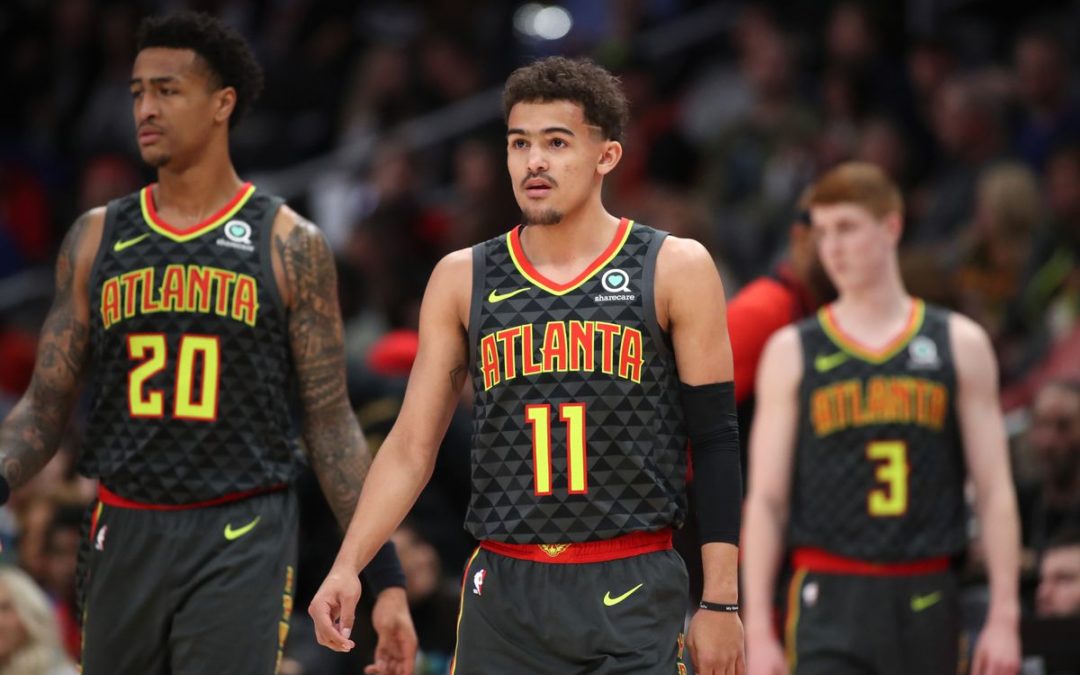 Trae Young is in his second season in the NBA and is averaging 29 ppg and 9 apg. Those averages make him the 4th leading scorer and 2nd leading passer in the league. If those stats don’t impress you let me give you some more. Young is the youngest player ever to average 30 ppg and 10 apg in consecutive months. He reached 350 career 3s faster than anyone in NBA history and passed LeBron James for the most 30 point 10 assist games before turning 22. Young is already one of the best scorers in the NBA, but just how good can he become?

Since Trae Young got drafted his name has always been connected to Luka Doncic. The two young stars were traded for each other on draft night and people have been trying to figure out who won the trade ever since. The answer to that question is pretty easy, both teams won. The Mavericks and Hawks both found their star Point Guards of the future and can be happy with the trade they made on draft night in 2018. Luka’s Mavericks may be having the better season as they sit at the 7th seed in the West while the Hawks are currently 14th in the East, but the Hawks still have a lot to look forward to.

This past off-season the Hawks landed 2 top picks and took De’Andre Hunter and Cam Reddish. Both rookies had a rough start to the season but have picked it up since the All-Star break. After the All-Star break Hunter has averaged 14 ppg and Reddish has averaged 17 ppg. If these two rookies can continue to improve they will be great co-stars for Trae Young in the future. While these 3 players have been entertaining to watch they aren’t the only impressive young pieces the Hawks have.

The same year the Hawks drafted Young they also got Kevin Huerter at the 19th pick. Huerter is currently averaging 12 ppg for Hawks and has been a knockdown shooter for them. The year prior the Hawks drafted their Power Forward of the future. John Collins fell to the Hawks at 19 in the 2017 NBA Draft and it has worked out great. Collins is currently averaging 22 ppg and 10 rpg. Collins is a great rebounder and has tremendous athleticism. He has been the Hawks big man for the past two seasons but next season he’s going to have to share the paint. This season the Hawks acquired 25 year old Clint Capela from the Houston Rockets. Capela has been out with injury for most of the season but will play a big part in the Hawks future. Before the injury Capela was averaging 13 ppg and 13 rpg and even had 5 straight games of 20+ rebounds before the Rockets switched to small ball. With all of these young pieces just how good can the Hawks become?

The Hawks haven’t had a lot of success this season but are setting themselves up for another top 5 pick in this year’s draft. Adding another young player to the Hawks already impressive young core will just make their future look even brighter. After a couple of seasons together this Hawks team will have great team chemistry and will be a threat in the East. The Eastern conference has improved in the past few seasons and will be even tougher next season when Kevin Durant and Kyrie Irving come back from injury to lead the Brooklyn Nets. Even with all of the talent in the East I still see Trae Young getting his first taste of the playoffs next season. The Hawks will have a young, athletic, and hungry team next season and with all the potential there how can you not get excited. I’m not saying they are going to get a ring next season but getting early playoff experience will allow them to improve on certain things to get them to become championship contenders in the future.