If the Rockets Have Playoff Success Will Other Teams Adapt to the Small Ball Lineup? 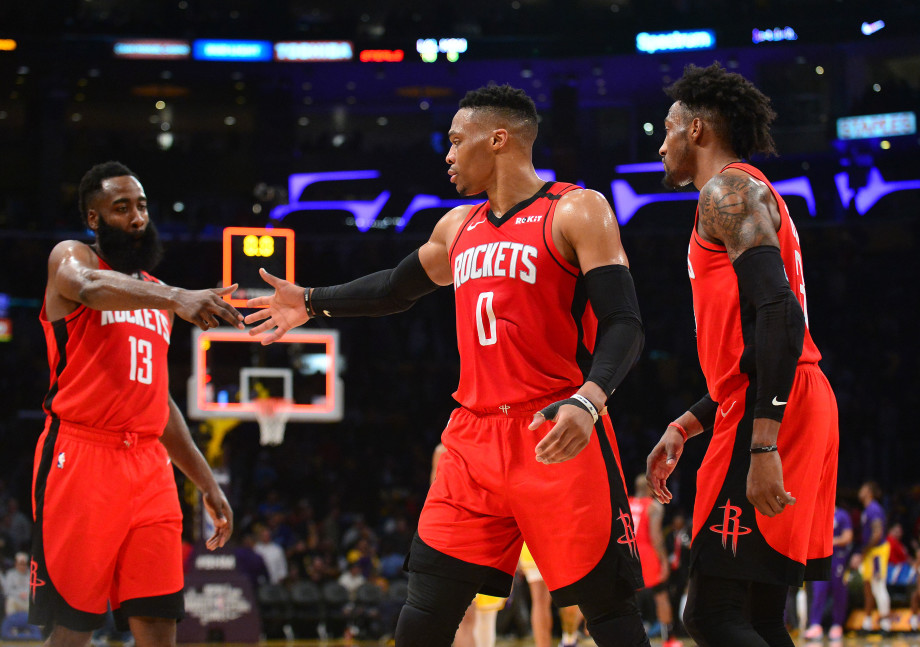 It’s well known that big men in the league today do not play as big of a role as they did in the past. The Rockets have taken it to another level playing with no center at all. 6’5 PJ Tucker has been playing center for the Rockets for most of the season and hasn’t done a bad job at it. Tucker is averaging 7 ppg 7 rpg and is playing around 34 minutes a game. 34 minutes is quite a lot for a 34 year old in his 14th season of professional basketball but Tucker has been producing. Being the hustle guy for the Rockets and being one of the best corner 3 point shooters in the league has done great things for the Rockets. Not having a center on the court gives Russell Westbrook and James Harden an opportunity to do what they do best, score.

Russell Westbrook has always been known for his aggressive scoring around the basket. Having the 4 other players standing out by the 3 point line gives Westbrook constant 1 on 1s where he can get to the basket and finish or get fouled. This season Westbrook is averaging 27 ppg while only attempting 4 3s a game. Westbrook has never been a great 3 point shooter and with the Rockets new game plan he doesn’t have to worry about taking as many because all of his teammates on the floor are knockdown shooters. Westbrook isn’t the only player on the Rockets taking advantage of the open paint and 1 on 1s. Westbrooks co-star James Harden has been amazing yet again this season.

Over the past few seasons Harden has been the best offensive player in the league and has been nearly impossible to stop, and this season is no different. This season Harden is averaging 34 ppg on 43% shooting. Scoring the ball is what Harden does best and he has many more opportunities this season. His stepbacks and crossovers have been giving defenders nightmares for years and now they have to choose between leaving a shooter open or allowing him to go 1 on 1. The Rockets shoot more threes than any team in NBA history. Only 2 teams have averaged more than 40 3 point attempts a game in NBA history. Those two teams are the 2018-2019 Houston Rockets and the 2019-2020 Houston Rockets. Putting up that many threes a game makes NBA legend cringe but it has proved to be successful for the Rockets.

The Rockets are currently the 6th seed, 4.5 games behind the 2 seed Clippers. The Rockets have had their struggles especially when they shoot poorly from 3 but when they are making their 3s, they are very hard to stop. With the success the Rockets have had with small ball is there a possibility that other teams adapt to this strategy? If the Rockets are able to make a deep playoff run and take down teams like the Nuggets or the Lakers who have big men it could influence teams to change their ways. Teams who have struggled to make the playoffs in past years could try to use the small ball lineup to get more athletes and scorers on the floor to help win games. I don’t think the big man will ever be non-existent in the league but we could see teams play full seasons without a center on their team in the future.