Why the Thunder Are a Legitimate Threat in the West 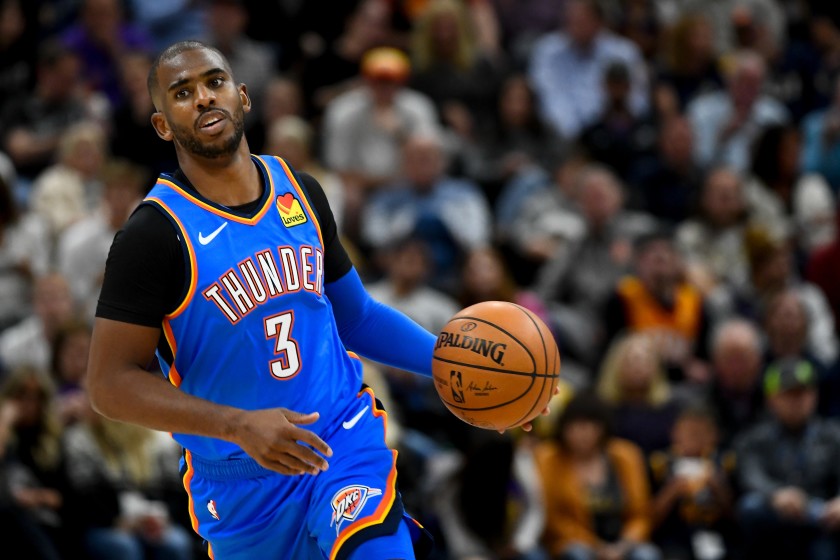 This past offseason the Oklahoma City Thunder traded away their two best players in Paul George and Russell Westbrook. Westbrook was drafted by the Thunder in 2008 and has been the heart and soul of the team ever since. In return for these two superstars the Thunder got Chris Paul, Danilo Galinari, Shai Gilgeous-Alexander, and a haul of draft picks including 7 first round picks. After these trades went down everyone had the Thunder being a lottery team but that couldn’t be further from the truth.

This season Chris Paul has averaged 18 ppg 5 rpg and 7 asp and made the All-Star team. Paul’s leadership has brought the best out of the entire team and especially their rising star Shai Gilgeous-Alexander. This season Alexander has averaged 19 ppg 6 rpg and 3 apg. Having a back court of Paul and Alexander has caused problems for teams all season. Along with this dangerous backcourt the Thunder still have Steven Adams holding down the paint and Dennis Schroder making a serious case for 6th man of the year. Schroder has averaged 19 ppg this season and at times has been the best player on the court. Coach Billy Donavan has done a great job with the team this season and is ready to lead them into the playoffs.

The Thunder could finish anyone from the 2nd seed to the 7th seed this season because of how tight the playoff race is with only 19 games left to be played. Chris Paul and Steven Adams both have some playoff experience and I can only assume Shai is itching to get back in the playoffs and establish himself as an elite player in this league. It’s safe to say this Thunder team has a chip on their shoulder after everyone wrote them off before the season started. If they can keep this level of play up and carry it into the playoffs then they have a real chance to knock off some championship contenders and compete for a finals appearance themselves.