Who Is the NBA MVP? 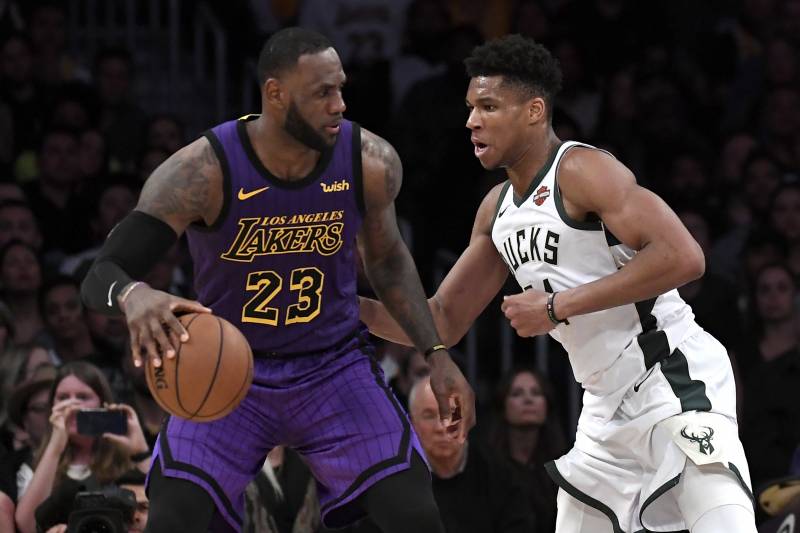 This past offseason there was a lot of talk of who was the best player in the NBA. Players mentioned in this conversation were often LeBron James, Kawhi Leonard, James Harden, and the reigning MVP Giannis Antetokounmpo. At this point the conversation really comes down to two players, The Freak and The King.

To start the season Giannis was just as dominant as last season. In the month of November the Bucks lost just 1 game going 15-1 while Giannis averaged 32 ppg and 13 rpg. Giannis was running away with the MVP award again and the Bucks were dominating the East. The Bucks have continued their dominance all season and have already clinched the playoffs with a 53-11 record. The Bucks have been very impressive all season with a lot of credit going to Giannis, but they aren’t the only team dominating the competition with an MVP leading the way.

The Los Angeles Lakers had a lot of hype behind them coming into the season with the acquisition of All-Star Anthony Davis. Davis has been a problem for teams all season averaging 27 ppg with 2.5 bpg, putting him in the Defensive Player of the Year conversation. A lot of Davis’s success is a credit to LeBron James taking on the role of Point Guard for the Lakers this season. James has always been an MVP candidate since he came into the league, but he’s making his case in a different way this season.

LeBron has always been an amazing playmaker and this season is nothing different. James is averaging a career high and league best 10.6 assist a game. Along with the passing, James is still an elite scorer averaging 25 ppg on 49% shooting. With LeBron being one of the best Point Guards in the league and Davis dominating the paint, the Lakers have had a lot of success this season. The Lakers are currently the 1 seed in the West with a 49-13 record, 6.5 games ahead of the 2 seed Clippers. This month LeBron has averaged 30 ppg 11 apg 8 rpg and has entered his name in the MVP race. With LeBron going into playoff mode it brings up the question that no one can seem to agree on, who has been the best player in the league this season?

LeBron already has 4 MVPs to his name and arguably deserved to win it in past years. He has been unanimously the best player in the league for the past 15 years and hasn’t slowed down yet. Giannis has been working tirelessly for the past 5 years and has quickly become a top 3 player in the league. Both the Lakers and Bucks are the favorites to come out of their conference and could meet in the Finals. If they both made it to the Finals i’m sure fans would be okay saying the winner of the series gets MVP, but sadly that’s not how it works. Both players have had legendary seasons but only one can win the award and I think LeBron deserves to win this one. Being able to be one of the best teams in the league while being arguably the best player in the league in year 17 is something we haven’t seen since MJ got his last ring. Giannis has been amazing and will win a few more MVPs in the future, but what LeBron is doing this season is historic.