Logano Gets Second Win of the Season in Phoenix 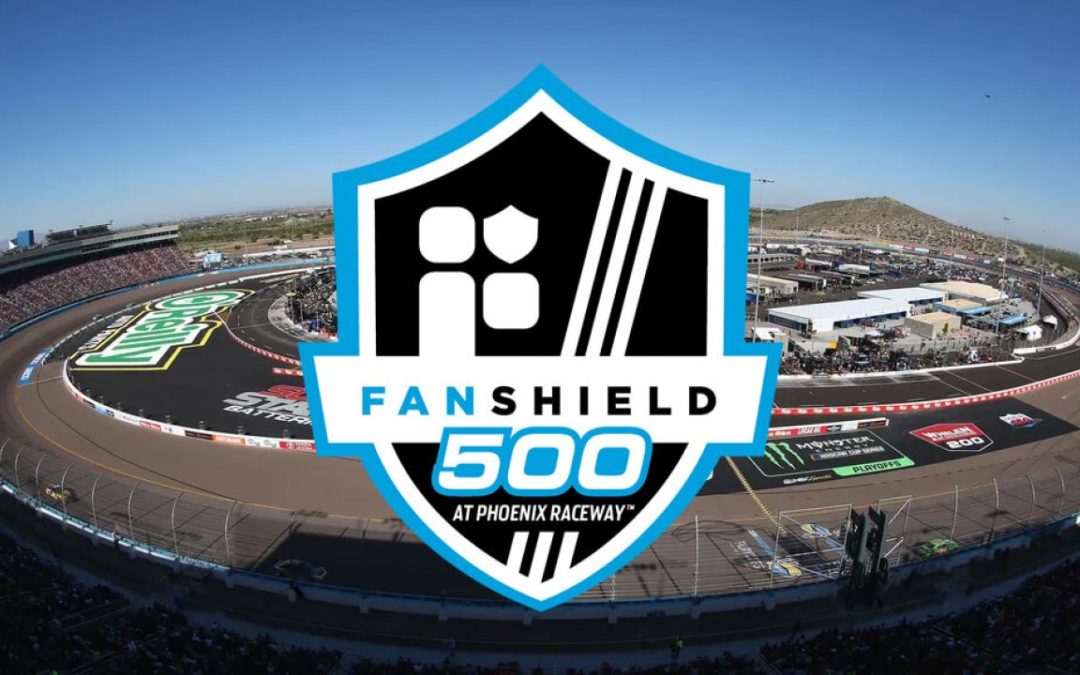 Phoenix Raceway is now the new home for the championship race. Today’s spring race at the 1.5 mile track just gave us a little preview of what to expect in November.

Joey Logano has won the FanShield 500 at Phoenix Raceway for Team Penske. The 22 Shell/Pennzoil Ford Mustang led 60 laps, overcame an uncontrolled tire penalty, and held off Ford rival Kevin Harvick for his second win of the season, his second at Phoenix, and his 25th career cup victory. His teammate Brad Keselowski overcame a crash earlier to lead 82 laps, win stage two and finish 11th in the 2 Alliance Parts Ford. Points leader Ryan Blaney was involved in the same crash as Brad Keselowski, but sustained more damage. The 12 Tarkett/Menards Ford finished 37th.

Stewart-Haas Racing’s Kevin Harvick led 67 laps and won stage one in the 4 Jimmy Johns Ford Mustang, finishing second. Clint Bowyer finished fifth in the 14 Mobil 1/ Haas CNC Ford.  Aric Almirola finished eighth in the 10 Smithfield Ford, and rookie Cole Custer finished ninth in the 41 Haas Ford. All of the cars finished in the top 10 for the first time this season.

Chip Ganassi Racing had their two cars finish in the top 10. Kyle Larson made a bold move going underneath the yellow line, taking the lead, but would soon lose it. The 42 McDonalds Chevrolet Camaro led two laps and finished fourth. Kurt Busch had a quiet day in the top 10 finishing sixth in the 1 Gear Wrench Chevy.

Hendrick Motorsports had an up and down day with their four drivers. Chase Elliott started on pole and had the car to beat.  However, a loose wheel had the 9 Unifast Chevrolet Camaro make an unscheduled pit stop. Elliott led 93 laps and came back to finish seventh. William Byron finished 10th in the 24 Hertz Chevy. Jimmie Johnson complained about his car all week in practice and made a bit of ground, but finished 12th in the 48 Ally Camaro. Last week’s winner Alex Bowman struggled to gain any spots and finished 14th in the 88 Axalta Chevy.

Defending Phoenix winner Kyle Busch did not lead a lap, but finished third in the 18 Sports Clip Toyota Camry for Joe Gibbs racing. However, it was a demolition derby for his teammates today.  Denny Hamlin started third and was a favorite, but was involved in the same crash early on with Brad Keselowski and Ryan Blaney. The 11 FedEx Freight Toyota finished 20th. Erik Jones had troubles all day and spun out when he was a lap down with 60 laps to go. The 20 Interstate Batteries Camry finished 28th. Martin Truex Jr led 11 laps, but made contact with Almirola, sending the 19 Bass Pro Shops/Tracker Boats ATVs Camry into the wall. Truex was not happy saying that he was run over by Almirola and he finished 32nd. The 2017 Cup Champion is still without a top 10 in these first four races.

Richard Childress Racing rookie Tyler Reddick was in the top five for most of the day and had a car that could contend for the win. However, on lap 265 (47 to go), the 8 I Am Second Camaro smacked the wall hard, ending his day after a great performance.  Reddick finished 33rd. Austin Dillon hit the wall on lap 131. The 3 Bass Pro Shops/Tracker Off Road Chevy finished 36th.

Chris Buescher led a lap in the 17 SunnyD Ford Mustang for Roush Fenway Racing.  Teammate Ross Chastain who is still subbing in for Ryan Newman cracked the top 10 for a bit, but was involved in a crash later on. Chastain’s 6 Oscar Mayer Ford finished 23rd.

Daniel Suarez gets some momentum going after a slow start to the season. Suarez’s 96 Commscope Toyota Camry for Gaunt Brothers Racing finished 21st and was eighth at one point thanks to pit strategy.

The west coast swing ends and now it’s time to go back to Atlanta Motor Speedway for the Folds Of Honor QuikTrip 500, where Brad Keselowski looks to repeat. Green flag drops 2pm on FOX.