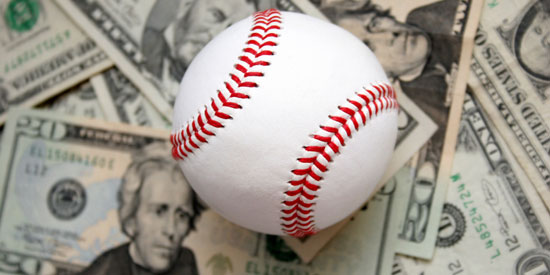 Christian Yelich was just locked up with a seven-year extension worth over $200 million dollars. As Indians owner Paul Dolan has alluded to, only big market teams are able to deal out long term contracts to players. So let me check my notes… wait a minute, since when are the Milwaukee Brewers a big-time market? I’m tired of Dolan saying that the Indians cannot afford Francisco Lindor while just about every other team in baseball can seem to scrape together enough money to sign their All-Star Caliber players.

I decided to go through every team to see if it’s true that the Indians have the cheapest owners in baseball. I’ll break down every team’s highest-paid contracts only and ranking them in groups. Here’s the list.

All of these teams are nowhere near contention and shouldn’t be paying any player’s expensive deals. The Orioles have paid players before and unfortunately, they’re still dealing with that (A.K.A. Chris Davis). The Marlins are paying nobody, The Royals have Ian Kennedy’s contract that they’ll most likely move during the season, and Chris Archer is the only “high” priced contract in Pittsburgh.

A few of these teams might not be that bad this season and could even be surprise competitors, but probably not. Detroit is stuck with Miguel Cabrera’s awful $30 million dollar contract and that’s definitely the worst of these group of teams. The Mariners are not too bad just a bunch of overpaid players. Hyun-Jin Ryu managed to fleece the Blue Jays out of $20 million. Then there’s Manny Machado’s ungodly contract for the Padres. Hopefully, he plays a little better this season and makes his contract seem worth it. Zack Grienke is making $31 Million this year for an average D-Backs team and the Rangers are still stuck paying 37-year-old Shin-Soo Choo. Last but not least the Rockies are paying one of the best infielders in the game $35 million per year. Also, none of these teams play in a big market, yet they sign their free agents.

At the beginning of the blog, I talked about Yelich’s gargantuan contract, so I won’t go any further in-depth with that. The White Sox decided that they wanted to speed up their rebuilding process and are paying $18 million to Yasmani Grandal and Dallas Keuchel. Staying in the AL Central, Minnesota looks to defend its division title by signing Josh Donaldson to a $21 million dollar deal. Finally, the Reds have had Joey Votto under contract for the last few years and will be paying him $25 million more this upcoming season.

After that group of teams, there are the big markets: Yankees, Dodgers, Astros, Cubs, Red Sox, Phillies, Angels, Mets, Nationals, Cardinals (St. Louis isn’t a big market but the Cardinals are notorious for paying players), Braves, and Giants. They pay their players, no duh. They’re built to be better off than smaller markets, so of course, they have more money.

That leaves only three teams unnamed. Tampa Bay plays in front of four fans at Tropicana, the Athletics had a movie made after them because they’re so cheap, and the Indians owner admitted they’re never going to pay their best player. Due to arbitration, Francisco Lindor is the highest-paid player on the Tribe with Carlos Santana following him. We didn’t even sign Santana, we let him walk during free agency then traded for him while we dumped Edwin Encarnacion’s salary.

At this point, if you can’t afford to pay one of the best players in baseball, just sell your team. The Dolans are always complaining that they lose money every year as owners (which just isn’t true) so, you can sell the team for billions of dollars and then you won’t have to worry about that anymore. Just letting one of the faces of baseball walking in the prime of his careers is just bananas to me. So in conclusion, Paul Dolan, please sell the Cleveland Indians.