March Madness 2020: What Teams Are the Best Bets? 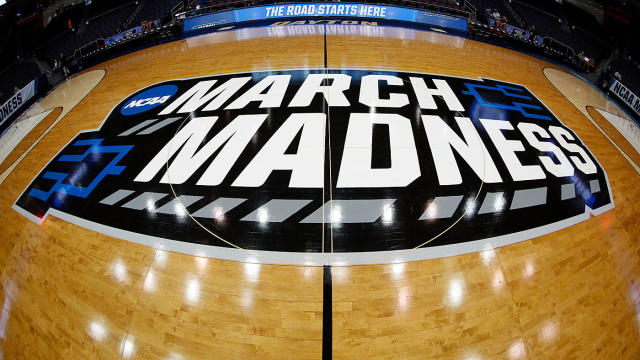 Conference tourneys have already begun and the NCAA Tournament is right around the corner. Everyone will be printing off brackets and office pools have already started collecting money. Soon you will hear things from every college hoops analyst on what #13 seed is going to pull off the upset and what teams will be the Cinderella this year. The good thing for bettors, or maybe the bad thing, is that the field is wide open. There have never been so many teams under the 100:1 mark. So let’s take a look at some potential winners for you guys broken down into odds groups.

Kansas (27-3) 7:1 – KU has guaranteed themselves a share of the Big 12 title and have one of the best players in the country in Udoka Azubuike. They have won 17 straight since losing in January.

Gonzaga (29-3) 10:1- Gonzaga is the one seed again in the WCC. They rank in the top 35 in the country in possessions and could run their way all the way to the Final Four this year and possibly a Championship.

Baylor (26-3) 11:1- Baylor has lost 2 of their last 4 however that shouldn’t hurt them come selection Sunday. Remember this team has beaten Kansas and is prepped for a run in the Tournament.

Dayton (28-2) 14:1 – The Flyers are the best shooting team in the country and could fly no pun intended all the way to the Final Four and at +1400 you got to love everything you are seeing from this A-10 powerhouse.

Michigan State (21-9) 15:1- Inflated odds you say well that may be true but coaching matters as well and Izzo will surely have his team ready to compete it definitely helps when you have players like Cassius Winston and Xavier Tillman. The Spartans are also battled-tested playing the toughest schedule in the country.

Kentucky (24-6) 19:1– Kentucky was on a good run coming into the end of the year however a misstep versus Tennessee may have some second-guessing them. Calipari should have this team in fine form by Tournament time.

Duke (24-6) 19:1 – This has been a coaching clinic by Coach K this year and he is going to have to do a good job in the tournament if Duke wants to win it all they need contributions from all their players not just Tre Jones and Vernon Carey.

San Diego St (29-1) 20:1 – The MWC has already started their tournament and SDSU beat Air Force by double digits. They are going to have to show some teams they really belong after playing 82nd hardest schedule this season. They are definitely a team to watch and worth a 20:1 shot.

Florida State (25-5) 21:1 Florida State is a complete team that has depth everywhere and can make some moves in the Tournament. Florida State is 5-0 vs ranked opponents this year and they could be a tough team to knock off. Hopes haven’t been this high since Bob Sura and Pat Kennedy were at the helm.

Oregon (22-7) 23:1 – Oregon has the guard play everyone looks for in the Tournament. Payton Pritchard is primed for some huge games in the tourney and could be enough to push this team to a Final Four appearance.

Villanova(23-7) 26:1 – Villanova is another team with great coaching and Jay Wright has his team in position to potentially split a Big East title. The Wildcats are battle-tested and have a top 13 strength of schedule. They are also one of the best teams on the road all season long. Look out for this team come tourney time they could be a problem.

Ohio State (20-9) 41:1- The Buckeyes keep trending up after beating Illinois on Thursday. They have won 8 of their last 10 and one of the hottest teams in the country. Led by Kaleb Wesson at 14.2 pts a game this Ohio State team is in the top ten in average score margin and top 20 in 3 pt%. This could potentially be your Big Ten tourney winner but I guess we will see.

Arizona (20-10) 46:1 Defensively Arizona is top 20 in both opponents 2pt% and overall shooting % defense may be enough for this team to make a run in the Tournament but they will need a spark on offense and it may have to come from someone other than Zeke Nnaji and Nico Mannion.

Creighton (23-7) 46:1– The Bluejays are led by excellent guard play but they rely on shooting a ton when the shots dry up then what for this Creighton team? Ty-Shon Alexander, Marcus Zegarowski and Mitchell Ballock are all outstanding guards but can they stay hot enough to get Creighton all the way to a title?

The “It could happen” teams

BYU (24-7) 51:1 – +5100 looks really good with the Cougars as their offense is lethal. They have already knocked off Gonzaga once and could face them again soon in a WCC showdown. This team is the best 3 pt shooting team in the country and they could get hot and roll their way to a Final Four appearance and maybe even a title.

Virginia(22-7) 56:1 – Virginia has been here before and it took a 10-1 record since the middle of January to shake loose. They are elite defensively and they eke out close wins we shall see if it is enough to get them back to the promised land but at these odds what do you have to lose.

Marquette (18-11) 67:1– Okay so Marquette is 18-11 so why did I pick them? One reason and I think if you heard anything about Marquette you know it. That’s right it is Markus Howard the guy “Issa bucket” he is averaging 27.6 pts a game and like I have said before guard play is huge during tournament time. So I would take a flyer on the best scorer in all of college basketball to find a way to get it done.

Florida (19-11) 81:1 – Florida is on this list due to its talent and talent alone. Unfortunately for the Gators, they haven’t seemed to figure it out this year. However, as coaches preach during the tournament it is a new season. This team had all the hype coming in and maybe just maybe they finally gel in time to make a miraculous run to the top again.

Northern Iowa (25-5) 101:1 – UNI needs to win the conference tournament to get in however if they do that this is a team that no one will want to play. This team is super efficient on offense and are top 6 in effective FG%. The Panthers are the favorite to get out of the MVC and if they succeed they could be the Cinderella everyone is talking about in New Orleans.

Wisconsin (20-10) 101:1 – The Badgers are in a great spot and could earn a share of the Big Ten conference title. They have 7 in a row and have been shooting well from downtown. They also boast a top 25 defense that can slow teams down. This may be the best team to shoot the moon with.

I wish you all the best of luck this year with March Madness. Hopefully you are already following the @betsunwrapped page and all the other Unwrapped sports pages on Twitter. You can also follow me on SportsCastr to hear my live lines and takes on the daily @semiproUSN.