Why Carolina Should Keep Cam Newton 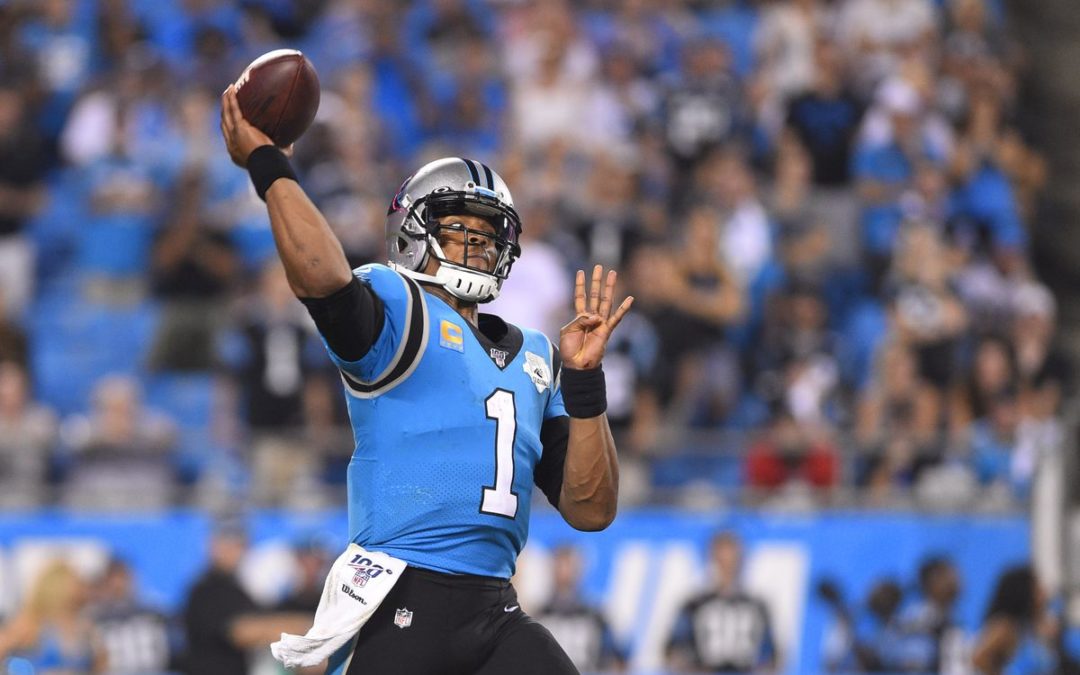 There have been a lot of rumors surrounding former MVP Cam Newton this offseason and his future with the Carolina Panthers. This past season Newton missed all but 2 games due to a foot injury that had been bothering him since the pre season. In those two games Newton went 50 for 89 for 572 yards passing. He didn’t play his best and injuries played a big part in that. Newton will be healthy and ready to play for the 2020 season, but the question is where will he be playing.

There have been talks all offseason about where Cam Newton will wind up playing next season. Teams like the Chicago Bears Los Angeles Chargers, and the Las Vegas Raiders have been mentioned in the rumors. The former MVP will not come cheap as he is making around $20 million dollars next season. Having a contract that size is tough to trade for which is why I think Newton will wind up staying with the Carolina Panthers.

In 2018 Newton played 14 games putting up 3,395 passing yards with 24 touchdowns along with 488 rushing yards and 4 rushing touchdowns. Newton didn’t have an MVP season in 2018 but it was not a bad season by any means. Coming into the 2020 season Newton’s weapons will include some much improved players in the back field and on the outside.

Christian McCaffrey had a legendary season in 2019 finishing 1,387 rushing yards, 1,005 receiving yards and 19 total touchdowns. McCaffrey was in MVP talks all season and ended the season making All-Pro First Team at Running Back and the Flex. Along with McCaffrey, Newton will have a much improved D.J. Moore who is coming off of a very impressive season. Moore finished with 1,175 receiving yards and 4 touchdowns. Moore was very involved with the offense this past season and produced when his name was called. With the Panthers bringing in a brand new coaching staff I imagine he will have an even bigger role to play this upcoming season.

Panthers decided to move on from the Ron Rivera era this off-season and have brought in Matt Rhule to take over. Rhule spent his last 3 years at Baylor leading the bears to a 39-19 record and 2 bowl game appearances. Rhule is also bringing along Phil Snow to be the Panthers Defensive Coordinator. Snow spent his last 3 years working under Rhule at Baylor as his Defensive Coordinator. Having spent the past 3 years together they should be able to revamp the Panthers defense after losing Luke Kuechly to retirement. Also joining the Panthers coaching staff is former LSU Passing Coordinator Joe Brady. Brady had tremendous success at LSU having 2 1,000 yard receivers this past season and helped Joe Burrow have one of the best college football seasons ever. Adding Brady will help improve the passing game and bring this offense back to life.

With all of the new changes to the Panthers franchise they will need a leader on and off the field, and Cam Newton is that leader. He’s been the face of the franchise since the day he came into the league and has led the panthers to multiple winning seasons and even a Super Bowl appearance. He is on the backside of his prime but that does not mean he is done producing. After seeing what Kyle Allen and Will Grier did this season I believe Newton is the best option moving forward. There are some options to replace Newton during free agency but that would require some roster moves to create cap space to sign a big name quarterback. I think the safest option going forward is to stick with Newton and let him lead the team like he has done so well the past 9 years.