What Will the Cubs Win Total Look Like in 2020? 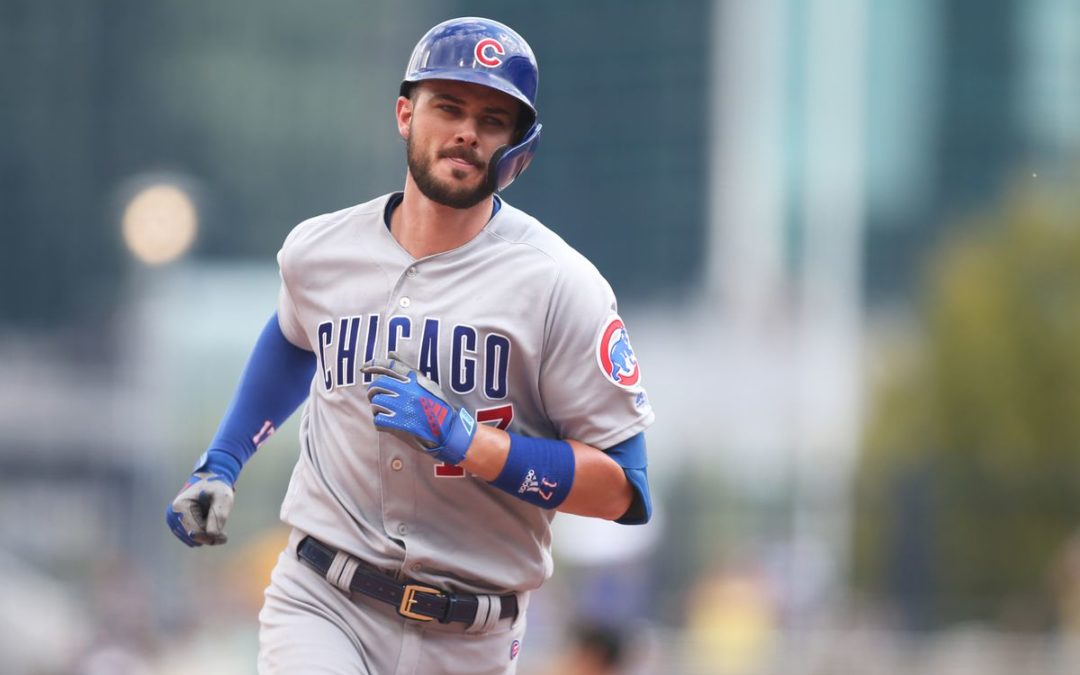 After an 84 win season in 2019, the Chicago Cubs are coming into 2020 with the pressure of their fanbase’s expectations. Their preseason win total was set at 86.5, and while many of their diehards aren’t confident, I’m here to tell you, similarly to the White Sox article, to take the over.

I have said on a previous episode of Crossing Borders, an Unwrapped Sports podcast, that I could see the Cubs taking a step back. I emphasized that their question marks are a big reason for that hypothesis, but in all actuality, I think they will be just fine even in a log jammed National League Central. Those question marks are that of many teams. David Ross is entering his first year of coaching…ever. The bullpen is up in the air, their lower half of the lineup is weak, and fingers are crossed that the starting rotation will show up in prime form. They say, “it all starts at the top!” Which is a large reason for my confidence in the over.

Ross becoming the manager, at first, seemed like a political move. He just won a World Series with many of the guys in the locker room, he had an already established relationship with Theo Epstein, and to top it off, he was a beloved Cub to the fans. After seeing the initial workings of his managerial style, retracting that statement might seem premature with it just being spring training, but Ross is making it easy to double down on betting on him. He understands culture. He has players ready to play with the right attitude and seems to have the ability to separate friendship from being the boss. Sure, he hasn’t managed a game that counts yet, and maybe that changes this viewpoint, but just understanding the culture and how to keep the gears moving is valuable in itself. Not to beat a dead horse, but the change from Joe Maddon gets compared to a lot, and his culture versus Ross’. It’s very possible that this new structure may not be “better” than Maddon’s, but the change in general is what is more important. Sometimes just a change kicks guys into gear.

Kris Bryant in the leadoff spot had many people scratching their heads, including myself, but then again, I can see where the reasoning came from. The top five or six bats in the lineup are what fans are used to seeing, but the bottom third is where the skepticism starts to creep in. Without going into the strategic aspect of it, the addition of Jason Kipnis should help, and the hopeful improvement of Albert Almora Jr. looms large, too. Without the lower half getting the job done, the core group will have to carry the weight, which is a tall task, but I personally think those bigger names will have good years, creating less of a dependency on the lower order hitters.

Rotation wise, Kyle Hendricks is the mainstay. The other arms, however, are going to be counted on to all bounce back. Yu Darvish is the one guy that the Cubs and media members are really excited for this season. There is quite a bit of confidence that he has an above average year and is another arm that the team will be able to rely on down the stretch. Jose Quintana is a name that could be moved at any point, but until then, he can put together a good year just as well as the others. Jon Lester is the first person to tell you that he needs to be better, which usually means that a player will be. Not to mention you have young arms able to spot start or depending on the rest of the spring, have a solidified fourth or fifth spot in the rotation.

When you use cubs and bullpen in the same sentence, usually Craig Kimbrel comes to mind these days because of his struggles last season after being signed. I was immediately in the camp of, “he hasn’t pitched in months. He hasn’t had a spring. Next year he’ll be fine.” I want to double down on that. He was, and still is, one the most electric closers in the game. He has no issues throwing in high leverage games in his history, and will likely go down as one of the best lockdown arms in baseball. As for the rest of the bullpen, they have their questions just like every other club. This is one fo the most bipolar aspects of the game. You have no idea how good or bad your pen is going to be until it is.

At the end of the day, if someone asked me why I thought the Cubs were going to be okay this season, my knee-jerk response would be, I just can’t imagine this team having two bad years in a row. 2019 was filled with inconsistencies and injury. when they couldn’t hit, they couldn’t pitch. When they had opportunities to pour the pressure on, they had base running blunders. There is no question of talent on this team. For me, it all boils down to consistency. I just have a hard time fathoming that the players on this team won’t look back on last year and want to be better. There is a winning culture in the Cubs organization and I don’t think this year will oppose that.