What is the Greatest Month for Sports? 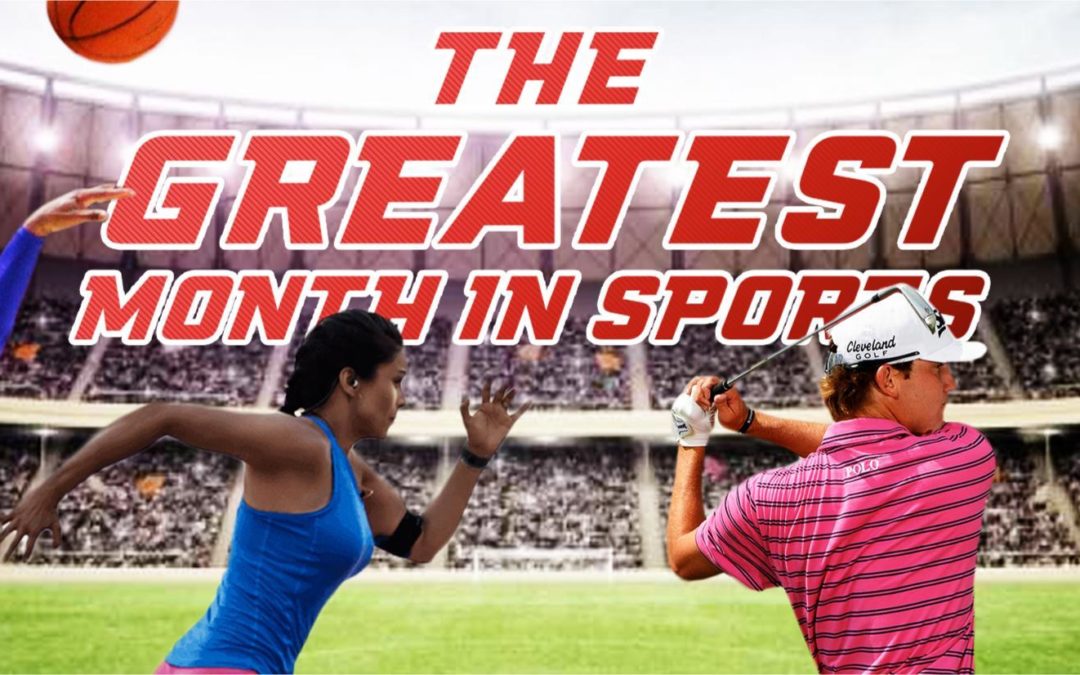 With my favorite holiday, March Madness, coming right around the corner, I started to think is it really the best time of the year for sports? I have ranked every month on what it produces in the field of sports.

July is the absolute worst month ever for sports. There’s baseball… and that’s it. There are the All-Star events for baseball, but the only cool thing that comes from that is Home Run Derby. Also, during the All-Star break, there’s a week where there are zero meaningful sporting events. Luckily this year the Olympics will start in late July so there will be something to spice up the month.

This could have easily been last place as well, but it sucks slightly less than July. Baseball is still in a pretty dull state as the trade deadline has passed, and it’s still not the final push for the playoffs; however, we do get the start of preseason football and college football. Again like July, at least we get the Olympics this month as well.

From this point on there aren’t many bad months for sports. NBA and NHL playoffs are in full swing, and baseball is fully underway. There’s nothing else crazy this month but it does set up the match-ups for the NBA and NHL Finals.

September is great for one thing. Football is back. It’s like the birth of a child when football comes back. Then for baseball, the playoff push is underway, and every game is vitally important. But did I say football is back?

Here we have a very good month for sports. NBA, NHL, NCAAB are all in the swing of things, but not into the important spots of their season. At least the NBA has the Christmas Day games. The NFL is in the playoff push, but I think professional football has one of the worst playoffs pushes in sports. The best thing going on in December is college football bowl season. Some bowl games aren’t anything to write home about, but as a whole, they’re pretty solid. Best case scenario, the College Football Playoffs fall in December instead of January.

There’s a lot of action going on into November. NFL is in the only professional sport in the heat of things, but Basketball and Hockey are back. Thanksgiving games are just as famous as Thanksgiving Day. The most competitive sport is college football. Rivalry Week happens and upsets happen every single week. Maybe the real reason I like November so much is the start of college basketball. Probably just my bias coming through. Lastly, sometimes we can get really lucky and the World Series stretches into November.

NBA and NHL playoffs start, and playoffs are always a plus. Most importantly though, the Final Four happens, and it’s the pinnacle of college basketball, and you find out if you won your league’s tournament challenge or not. An added bonus comes with the NFL Draft to lighten up the end of the month.

You get two finals for the price of one, plain and simple. June is also a great time for baseball because teams are finally figuring themselves out and the good teams become good, and the bad teams get bad. Everything gets sorted out. June holds a special place in my heart because it’s the only month a team from Cleveland has ever won a championship in my life. It was a pretty great day.

NFL Playoffs, College Football Playoffs, NBA, NCAAB, and NHL. It’s a busy month and there’s always something to watch. I think I’d like it more if the Browns ever managed to find their way into the playoffs.

The Super Bowl alone puts this in the top five, but it also has just about every other sport going on. Even this year, baseball got involved with all of their drama going on with the Astros. Maybe it’s some recency bias, but this past February was great so I always think of it that way. A minor addition is just how great NBA All-Star weekend is.

The final two months are really in their own tier. It’s a toss-up of what you like. October really is amazing but it’s still number two for me. It’s that magical time of the year where all four sports line up and they all play at the same time. Also, the best playoffs in sports goes on, the World Series. October is great, but it falls just short of number one.

Nothing in the world makes me as happy as March Madness. The first weekend of March Madness is just a wave of emotions, and if your team can make a little run, or even make it out of the first weekend, it’s one of the best feelings ever. NFL Combine, NBA and NHL playoff pushes, it’s not stop action. But honestly, it wouldn’t matter what else was going on, March Madness is the greatest sporting event of all time.

There are the rankings, which month do you think is the best for your sports viewing needs?