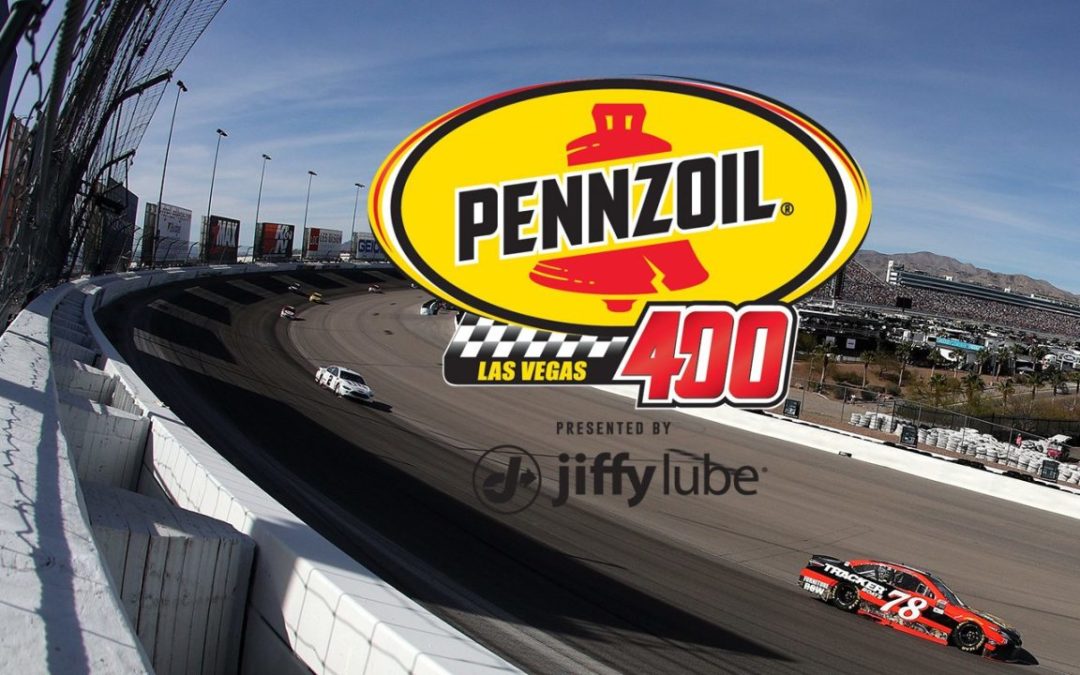 Las Vegas is about two things, Strategy and winning.  In order to win, you have to play your cards right and focus up every time.  That’s what we all saw during the Pennzoil 400, which strategy would work the best, and which wouldn’t.

Joey Logano and new crew chief Paul Wolfe have won the Pennzoil 400 at Las Vegas Motor Speedway.  The 22 Pennzoil Ford Mustang stayed out on the last caution and pulled away from the field to get his first win of the year, and his 24th of his career.  Logano also led 54 laps. His teammate Brad Keselowksi was in the back for a bit during the day, but came back to finish seventh in the 2 Discount Tire Ford.  Ryan Blaney had the lead, but after a Ross Chastain spin, he lost it on a restart. Blaney led 19 laps in the 12 Pennzoil/Menards Ford, but finished 11th.

Matt DiBenedetto played the strategy right and finished second in the 21 Motorcraft Ford for Wood Brother Racing.  This ties his best finish from last year which was a second at Bristol in the fall.

JTG Daugherty Racing got their first ever top five finish at Las Vegas Motor Speedway.  Ricky Stenhouse Jr finished third and led 30 laps in the 47 Kroger Chevrolet Camaro. His teammate Ryan Preece was up there for a bit, but had engine problems.  The 37 Kroger/Natural Light Seltzer Chevy.

Richard Childress Racing had both their cars finish in the top 20.  Austin Dillon finished fourth and led a lap in the 3 Bass Pro Shops/Tracker Off Road Chevy.  Rookie teammate Tyler Reddick finished 18th in the Tame the Beast Camaro.

Hendrick Motorsports went from having four of their cars in the top 10, to only one finishing in the top 10.  Jimmie Johnson finished fifth in the 48 Ally Chevy. Alex Bowman was caught up in the last lap traffic and finished 13th in the 88 LLumar Camaro, after he was in contention to win.  William Byron was in the top 10 throughout the whole day, and was a favorite late to get a win. However, a tire rub with two to go ruined his day. Byron ended up finishing 22nd in the 24 Axalta Chevy.  Chase Elliott went from dominating the race and a possible winner, to cutting a tire with under 50 laps to go. Elliott won both stages and led 70 laps before his tire cut. Elliott finished 26th in the 9 NAPA Auto Parts Camaro.

The Joe Gibbs Toyotas had a tough day getting anything going.  Kyle Busch started on pole, but had to start towards the rear of the field due to failing inspection.  The 18 Snickers White Toyota Camry finished 15th.  Daytona 500 winner Denny Hamlin finished 17th in the 11 FedEx Ground Toyota.  Martin Truex Jr had the best Gibbs car and led a lap, but the 19 Bass Pro Shops/Tracker Boats/ATVs Toyota hit the wall after cutting a tire. Truex finished 20th.  Erik Jones finished 23rd in the 20 Irwin SPEEDBOR Toyota.

Kevin Harvick led 92 laps in the 4 Busch Light Ford Mustang for Stewart-Haas Racing.  The long runs would however hurt Harvick and he finished 8th. His teammates did not perform as well.  Clint Bowyer finished 12th in the 14 BlueDEF Ford, rookie of the year contender Cole Custer finished 19th in the 41 Production Alliance Group/Haas Ford, and Aric Almirola finished 21st in the 10 Smithfield Ford.

Bubba Wallace finished 6th in the 43 Coca-Cola Energy Chevy for Richard Petty Motorsports.  This was after strategy took place.

The next race will be at Auto Club Speedway for the Auto Club 400 where a lot of race teams will be running paint schemes in honor of NBA legend Kobe Bryant.  Green flag drops at 3:30 on FOX.