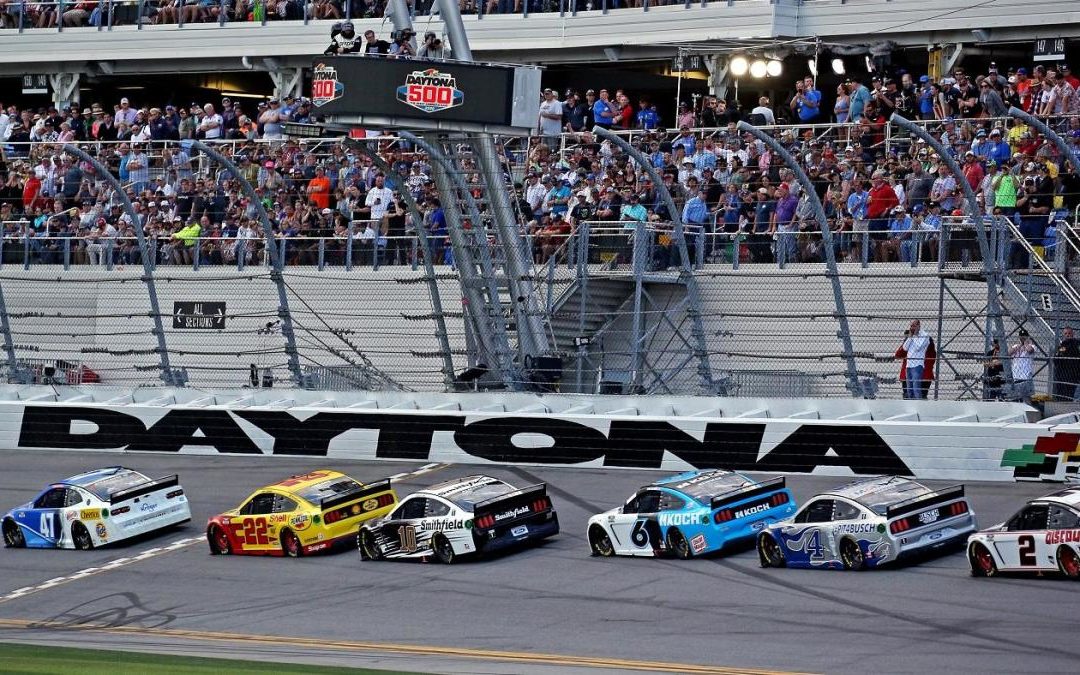 There was good racing, there was strategy, there were big ones, and there was concern. The Great American race may have been rained out Sunday, but Monday, it was time to finish off this race for good.

Denny Hamlin has won the 62nd running of the Daytona 500. The 11 FedEx Toyota Camry for Joe Gibbs Racing has won back to back and his third Daytona 500. Hamlin lead 79 laps and would win stage two. His teammates were not as lucky.  Busch Class winner Erik Jones in the 20 DeWalt Toyota was the second highest finishing Joe Gibbs car in 18th. Martin Truex Jr in the 19 Bass Pro Shops Toyota was involved in the big one, finishing 32nd. Defending champ Kyle Busch looked to win the 500 in his 16th try, but will have to wait until next season as engine problems forced the 18 M&M’s Toyota to finish 34th.

Hendrick Motorsports started off with one of the fastest cars on the track, but slowly, all four faced problems. The first was early on in stage one when William Byron in the 24 Axalta Color of the Year Chevrolet Camaro was turned by the 47 Kroger Chevy of Ricky Stenhouse Jr.  Byron, who won Duel 2, finished last in 40th. In his final Daytona 500, it looked as if Jimmie Johnson would either finish in the top five, or win the race. However, he was caught in the big one later on. The 48 Ally Chevy led three laps and finished 35th. Alex Bowman in the 88 Valvoline Chevy led three laps and finished 24th. Chase Elliott won stage one, and led 23 laps.  However, the 9 NAPA Auto Parts Camaro finished a disappointing 17th.

Stewart Haas Racing had two cars finish in the top ten, while the other two finished their 500 in disappointment. Kevin Harvick did not lead a lap, but finished fifth in the 4 Busch Light #PIT4BUSCH Ford Mustang. His teammate Clint Bowyer in the 14 Rush Truck Center/Mobil 1 Ford finished sixth just after being involved in a wreck with Justin Haley in the 16 FCE Camaro and Michael McDowell.

Ryan Newman led 15 laps in the 6 Koch Ford Mustang for Roush-Fenway Racing. On the final lap, Newman was being pushed by Blaney, trying to win his second Daytona 500. However, the worse happened as he was turned, flipped over, and hit on the window net side by Corey LaJoie in the 32 RagingBull.com Ford for Go Fas Racing.

The safety crew immediately came to check on Newman, and it didn’t look good. He was shipped to Halifax Medical Center where it was announced that he was in serious condition, but the injuries were non life threatening. On Tuesday, Newman woke up, talking to his family.

His teammate, Chris Buescher, finished third in the 17 Fastenal Ford.

Pole Sitter Ricky Stenhouse Jr finished 20th in the Kroger Chevrolet for JTG-Daugherty Racing.  He had one of the best cars, but a crash ruined his night. Second year driver Ryan Preece crashed was involved in the big one on lap 200. Preece finished 29th in the 37 Cottonelle/Kroger Camaro.

The next race is the Pennzoil 400 Presented by Jiffy Lube at Las Vegas Motor Speedway.  Green flag drops at 3:30 Sunday on Fox.