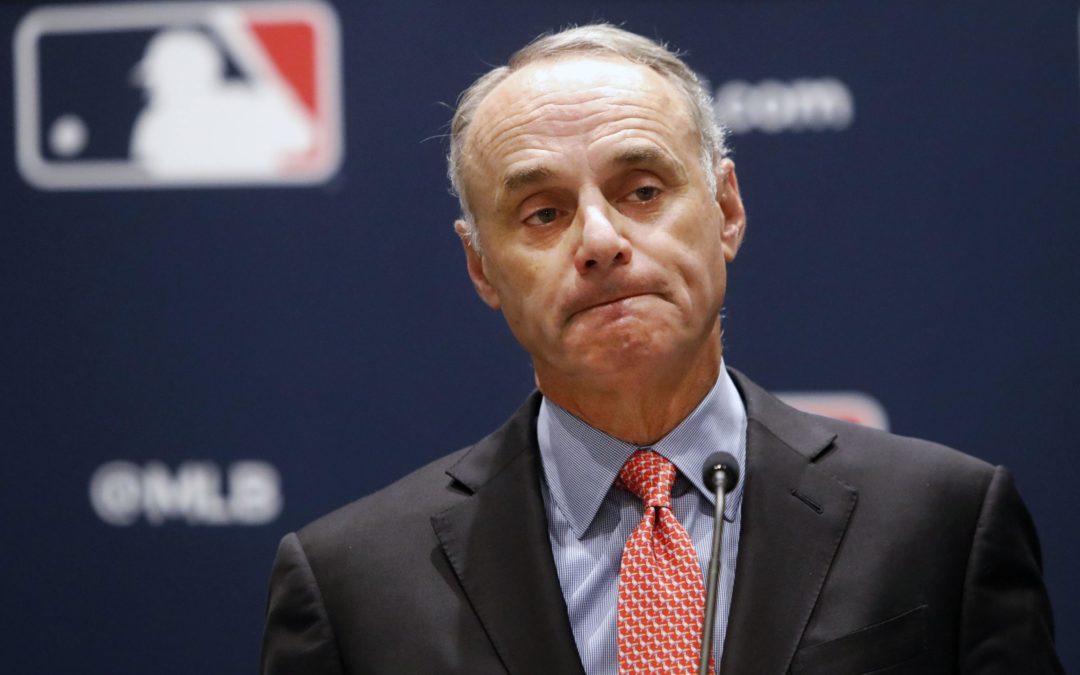 Let me first start by saying that this Houston Astros cheating scandal is exhausting. I don’t believe the media is doing anything wrong by continuing to report on it, but it’s a huge deal and won’t be going away anytime soon. The exhausting part is seeing the Astros’ players try to muster up excuses for Jose Altuve, and try to make it seem like their method of cheating isn’t that bad. This is beyond watching a pitcher tip his pitches. This is beyond trying to steal signs as a runner on second. Those things are a part of gamesmanship. Electronically stealing signs is one of the lowest, most disrespectful things a team can do. I won’t drag you back into that fire, but the past few days really got me thinking about what baseball needs to grow their game.

Cincinnati Reds’ pitcher Trevor Bauer has been extremely active since the scandal went public. That’s my point. Being active is good for the game. Recently, Los Angeles Dodgers slugger Cody Bellinger has expressed himself in a non-filtered way that snowballed into over three million views on Twitter, which is also good for baseball. To put it simply, this game is too suit-and-tie for 2020. The buttoned up answers aren’t appealing to fans anymore. We live in a society where people can tell when you’re being too strict with your answers. People can tell when you’re being too careful. Sure, being careful is good, but completely holding back personality is bland, and fans don’t appeal to that anymore. Major League Baseball has seemingly had their players in this bubble that keeps them from really expressing themselves both on the field and off. In order for the game to grow, I think it’s vital that league officials pop that bubble and let some personality into the game. We’ve seen a little bit of it bleed through with Chicago White Sox and Cubs’ players Tim Anderson and Javier Baez. They play with passion and bring a swagger to the game that catches the eye of the viewer. I understand that baseball purists may not like the fact that Baez keeps his jersey half buttoned, or Anderson flips his bat after hitting a home run, but these types of traits bring attention.

The aforementioned issue of the bubble is directly correlated with branding. I personally follow a lot of baseball accounts; some of them professional, some of them created for humor or highlights. However, I can’t tell you the last time I saw a post from one of those accounts. What I can tell you is, every single time I log on to social media I see a basketball post. The MLB needs to do a much better job of being active on social media. I don’t just mean posting highlights, but posting unique content that will be appealing to the younger crowd. The NBA has spent years investing in their brand and have won over the young fan while the MLB has catered to its typical older fan. Baseball has the longest season out of the other major sports and it seems like they don’t have the ability to find more compelling content other than a walk-off home run. When the league centralized their media, they won…at first. It was a money grab that had long term disadvantages that the MLB is seeing now. Viewership is down, social engagement is down, and the young fan is finding better things to do other than watch baseball.

Fixing this is a long term plan. There’s no overnight solution to the hole that the sport is in. Although, there’s definitely variables that can be adjusted before the season even starts. Loosen the leash on your players. Their social media is their avenue to connect with their fans and colleagues, as well as express their personality and interests. Get rid of the wardrobe rules that deter players from wearing custom cleats. I understand that teams want a professional look, but again, some customization of the everyday uniform would bring some flavor to the game. Not only that, but some of the rules seem wildly petty in nature. I don’t know this for a fact, but I feel like league officials have these strict guidelines because they’re afraid of the damage that a player could do. In reality, you have to deal with those situations. I’m not suggesting letting your players go rogue, but more activity is beneficial. You can create conduct rules, because let’s be honest, they need to be in place even if they’re minimal, and if a player violates them, then fine that player. But don’t create rules that are petty and subjective. Having an open mind with these players is the key to growing a social presence and growing the game.

Lastly, I would just like to give the suits around the league some advice. Creating a board of active players that can set the tone for other players to begin this social trek would be a good idea. Might I suggest the following: Trevor Bauer, Tim Anderson, Marcus Stroman, and Alex Bregman (I know, but he’s an active social member). Loosen your tie, baseball. It’s time to catch up with the times.