4 Picks That Will Make NBA All Star Weekend Watchable 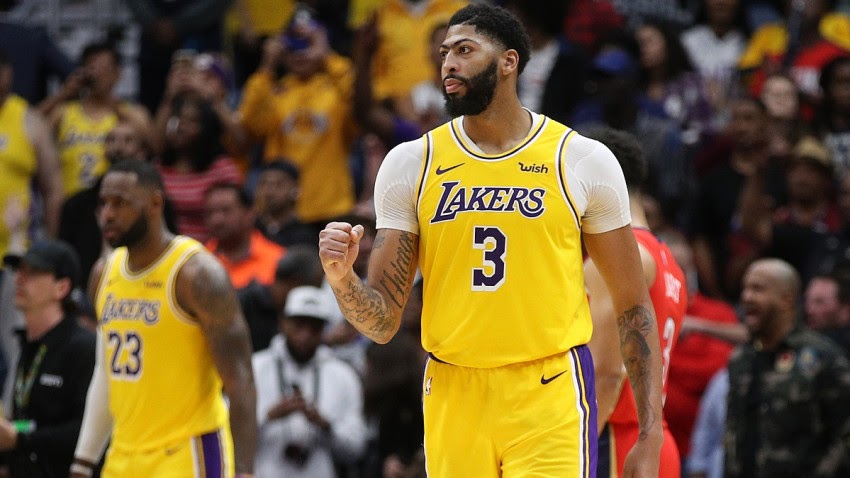 I really don’t like the NBA All Star game. I am obviously not the target demographic anymore, but even when I was, I couldn’t watch more than a quarter of the game. I would be perfectly fine if the NBA wanted to name the All Star teams and did away with the game itself. This would be a perfect time for one of those mid season tournaments the NBA are looking to get off the ground. Add an extra week to the week the league takes off for the All Star game and try out one of these tournaments. Keep the All Star Saturday Night events but have them the night before the championship game of the tournament. None of the players really like playing in the game and I don’t think they would mind if the All Stars were named like the All NBA and All Defensive teams, scrap the game.

I don’t care to watch NBA Saturday Night, but unlike the All Star game, I understand why it is popular. When I was a kid I loved the 3 point and dunk contest, and being from Toronto, Vince Carter’s 2000 dunk performance is one of my all time favorite basketball moments. I watched all of the fantastic 2016 Saturday Night that was in Toronto, the one with the epic LaVine/Gordon dunk contest, but I have been perfectly fine checking the results the next day the last couple of years. I am going to see if having a betting interest will keep my attention for the entire Saturday night this year. Here are 4 picks for All Star weekend.

There are a few past winners in this year’s contest. Jayson Tatum won last year, Dinwiddie in 2017 and Patrick Beverley won back in 2015. Dinwiddie is the favorite going in (+290) and Jayson Tatum, looking to repeat, has the third best odds (+450). I am going with SGA to win the Skills contest. He has the second best odds (+400) and I think he is the most athletic player in the contest. Let’s be honest, every NBA player can compete in this challenge. It consists of running, dribbling, passing, 1 lay up and a half court shot. When you break it down like that it’s easy to see why this contest is so boring. Given how easy this challenge is I am going with the youngest and fastest player, not much else went into my reasoning for this pick. Plus, he’s Canadian.

I changed my mind a couple of times since the contestants were announced. Joe Harris (+450) is the favourite and looking to defend his crown. Harris is shooting 40.8% on the season but he is red hot in February, he is averaging 47.2% on 6 attempts a game. I also thought about taking Duncan Robinson. Robinson seems like a trendy pick, I saw his odds as high has +700 earlier this week, it’s fallen all the way down to +460. Duncan has the highest 3 point percentage in the contest, 43.7%, and he is shooting 44% on close to 11 attempts a game in February. I finally settled on Buddy Hield. Hield is shooting 38.7% from 3 on the season and he has attempted the most 3s of anyone in the contest. I am going with Hield because of how hot he has been lately. He is shooting an unreal 48.3% on 10 attempts a game in the February. I am going with the hot hand and taking Hield at +750 before the odds change. 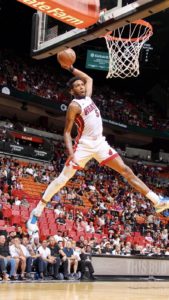 This should be a pretty entertaining Slam Dunk contest. I would have loved to see a Gordon/LaVine rematch from their legendary 2016 battle, but we will have to settle with just seeing Aaron Gordon. Gordon is the favorite heading in (+140) and I’m looking forward to what he has in his bag this time. Dwight Howard is a previous champion, he won back in 2008, he has the lowest odds of winning at +500. Howard is still a physical specimen and he may have a few new tricks to show off on Saturday night. As much as I’d like to see Dwight do well, I don’t expect him to make it past the first round against these guys. Pat Connaughton is an interesting pick. He is the least known of the 4 contestants, he is getting rotation minutes for the Bucks, but this guy can fly. Connaughton has a 45” vertical, he doesn’t get to take off a lot in-game, so I hope he has a few dunks that will show off his hops. I am putting my money on Derrick Jones Jr. DJJ might be the best dunker in the NBA. He seems to float in the air for minutes on some of his dunks. I think he might try something like a 360 between the legs but taking off from the foul line. I think he could pull that off with a legit foot behind the line. He gets so much air I hope he tries to land some 720 dunks. I was surprised he didn’t have the best odds, I am taking DJJ at +200 all day.

This is an easy one, I’m going with the hometown pick Anthony Davis. Antetokounmpo (+400) and LeBron James (+450) have better odds than AD, but the MVP is always from the winning team so you can eliminate one of the top two. Davis won the 2017 AS MVP on his home court down in New Orleans, he scored a team high 52 points. LeBron has been in a passing mood all season, as he leads the league in assists. I think he will feed Davis every time he can so AD can but on a show for the Chicago crowd. Anthony Davis will win the 2020 All Star MVP and his stat line will be 41 Points, 13 Rebounds in 30 minutes.